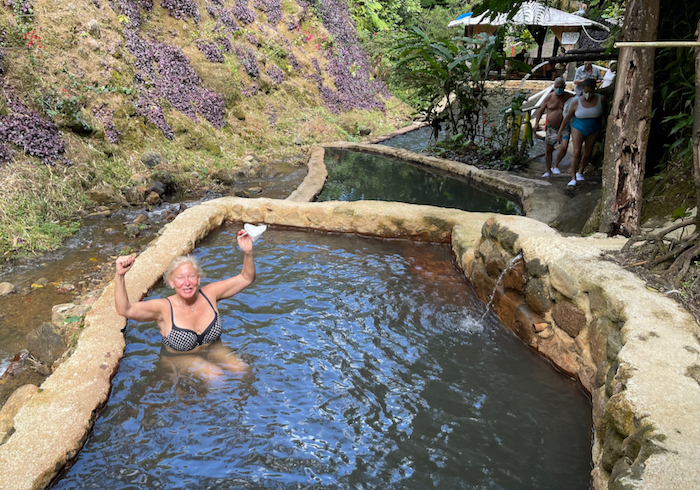 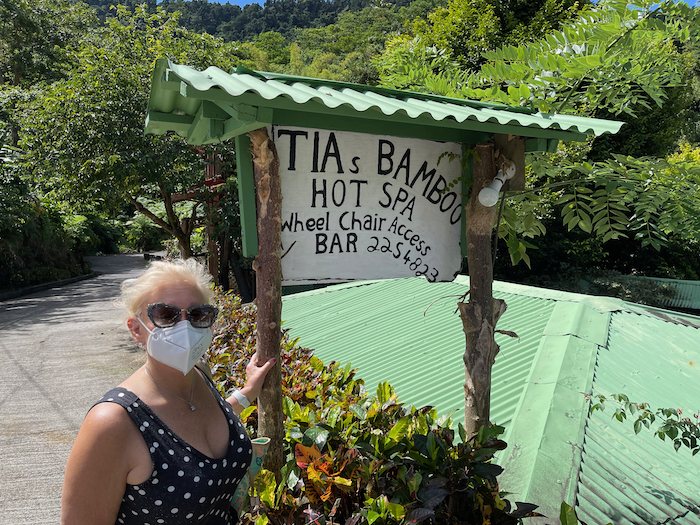 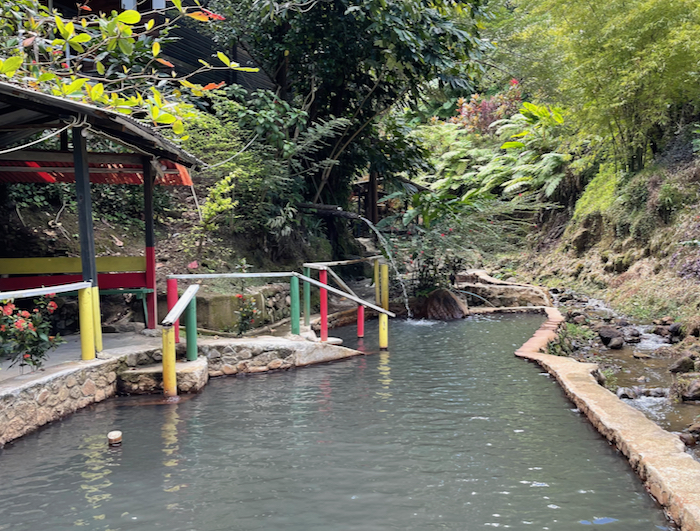 We spent our morning at Tia’s Hot Spa, one of over 50 natural sulfuric hot springs on the island. 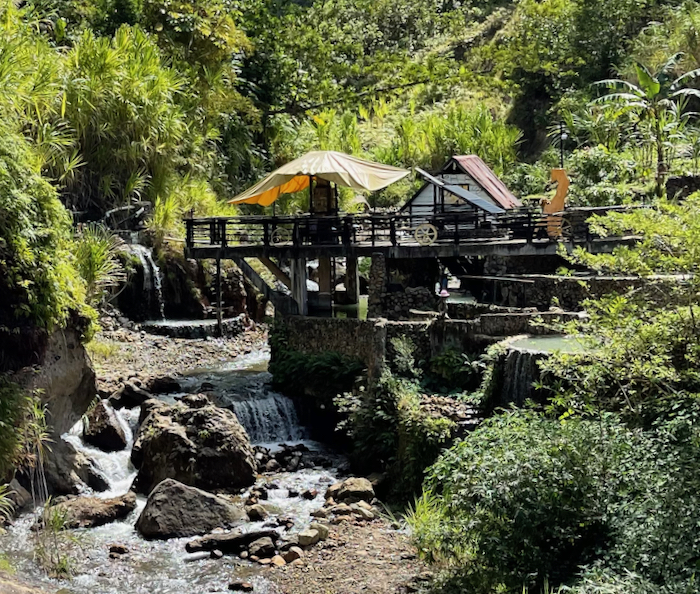 There are 19 active volcanoes in the Caribbean and 9 of them are in Dominica. The hot springs are caused by volcanic seeping up from below. This release is why they shouldn’t erupt for ages. 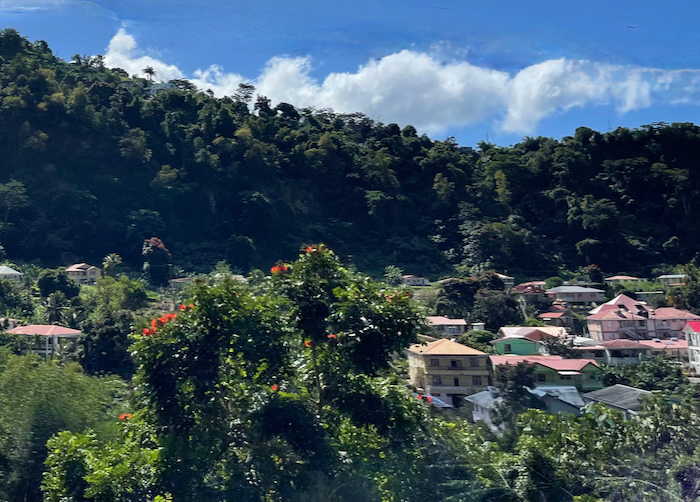 The ride, alone, up to the hot springs was worth the drive. Dominica is a gorgeous, lush island as green as you can imagine. The roads just keep going up, down and around. Every so often a  tidy community pops up. 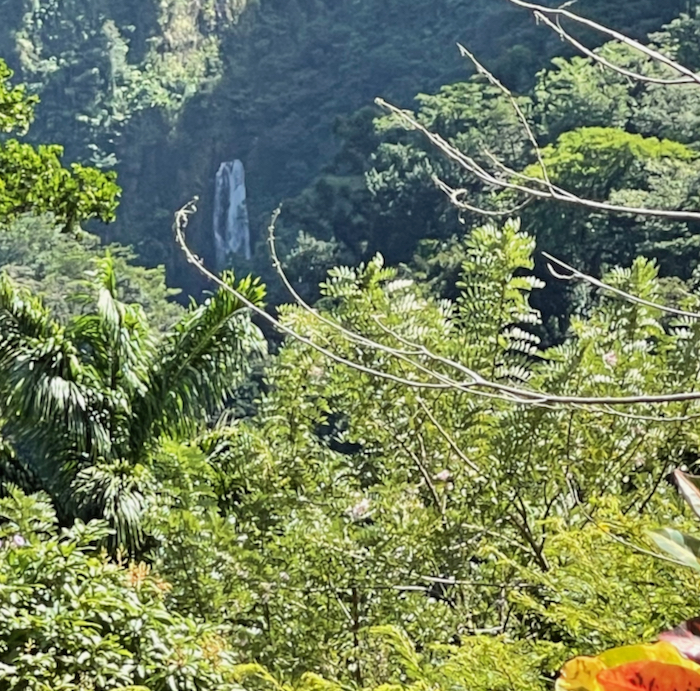 The rainforest averages over 360 inches of rain annually. 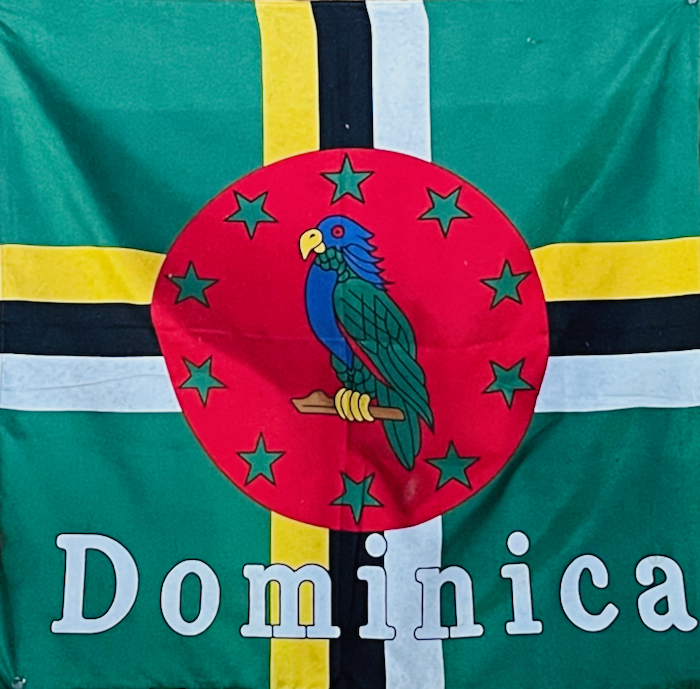 Along with Nicaragua, their flag is one of only two from sovereign states that has purple in it.

Dominica was named by Columbus who discovered it on a Sunday in 1493.

One of the disadvantages of being located towards the center of the Caribbean is that they catch most of the hurricanes. 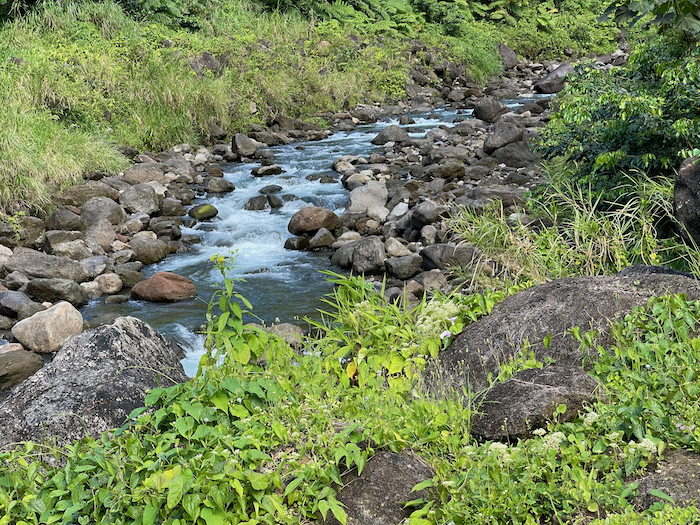 They have 365 rivers of which none are navigable. 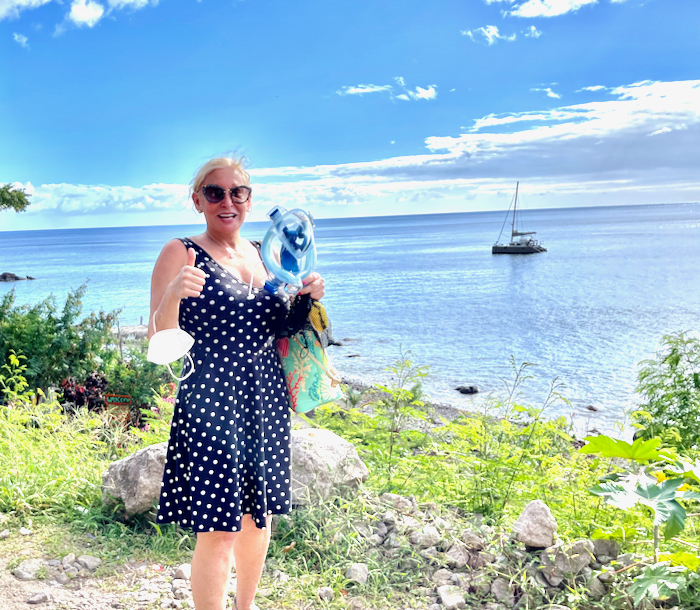 In the afternoon Allyn went snorkeling. All in all it was a relaxing, enjoyable day.