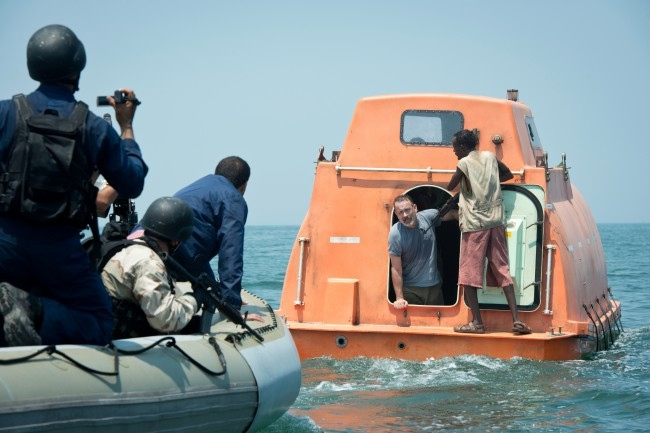 I saw a very good movie today – Captain Philips, allegedly based on the true story of the 2009 hijacking by Somali pirates of a US cargo ship. It was the first American cargo ship to be hijacked in two hundred years.

Interestingly the movie makes him out to be quite the hero. In real life there is a $50 Million lawsuit by the crew against the company for wanton disregard for their safety.

He is said to have been so arrogant that he consistantly disregarded anti-piracy protocols. Then at the beginning of the attack he even refused to let the crew go to the anti-piracy stations, because he felt their lifeboat drill was more important.

It was particularly chilling watching the movie on a ship headed towards Africa.