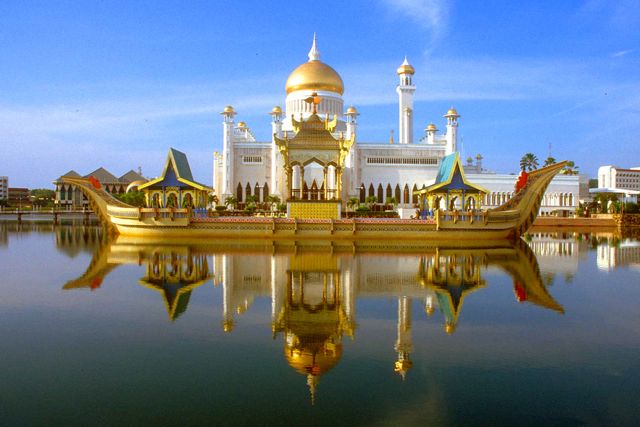 Today was Brunei. There’s not much going on here but let’s talk about conspicuous consumption…

The Sultan of Brunei is probably number one in the world. His private home boasts 1,800 rooms, including 257 bathrooms. He has owned 350 Rolls Royces, eight jets, and over 200 polo ponies. When his daughter came of age she was given a new airbus.

Previously considered the richest man in the world with $40 Billion net worth, he has fallen on hard times and now is only worth about $10 Billion.

Even though Brunei has been ruled for  800 years by the same family, oil was not discovered here until just 80 years ago.