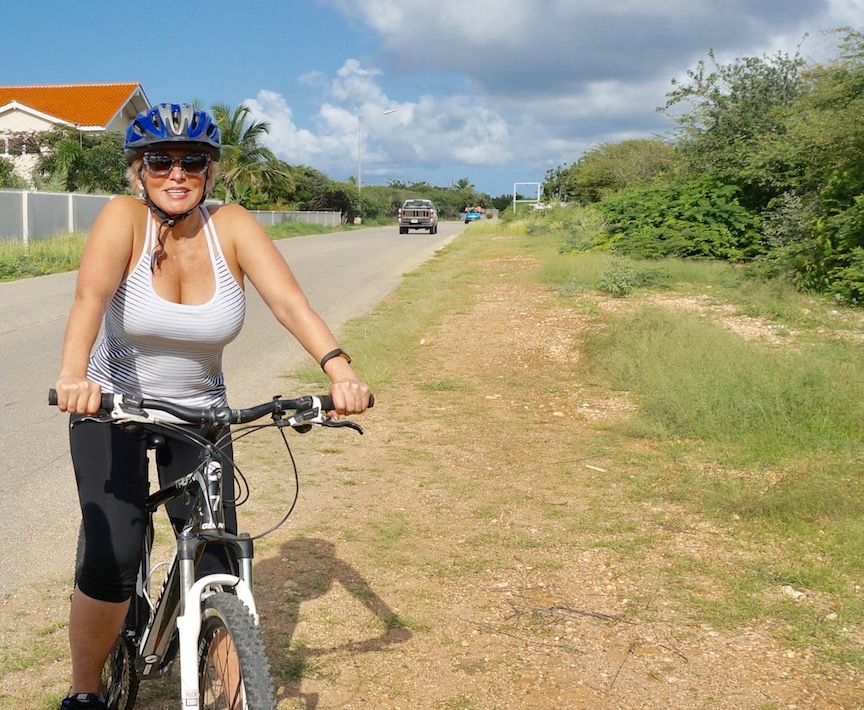 Bonaire is a small Island very far south in the Caribbean, just off the north coast of South America.

Allyn got her exercise with a 12-mile plus bike ride. 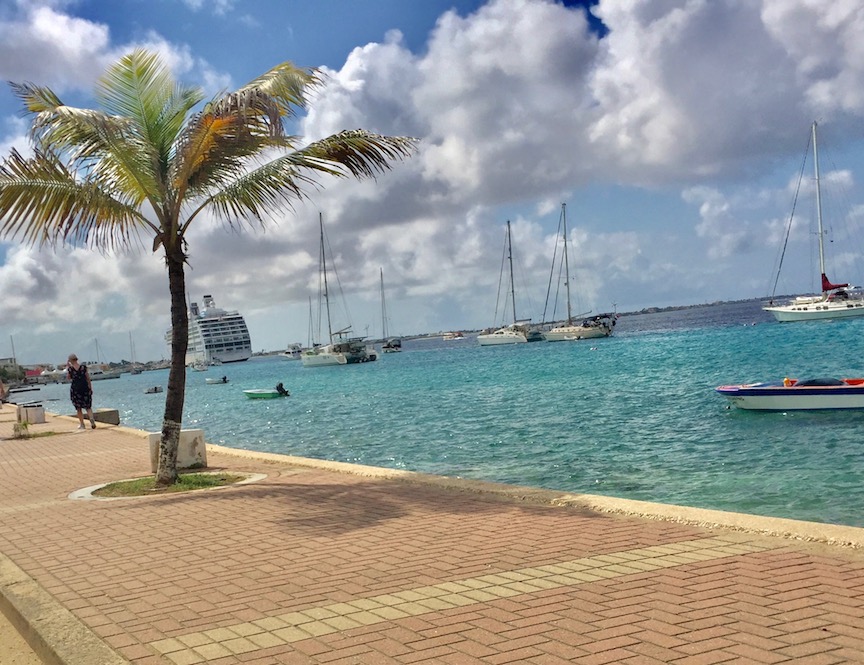 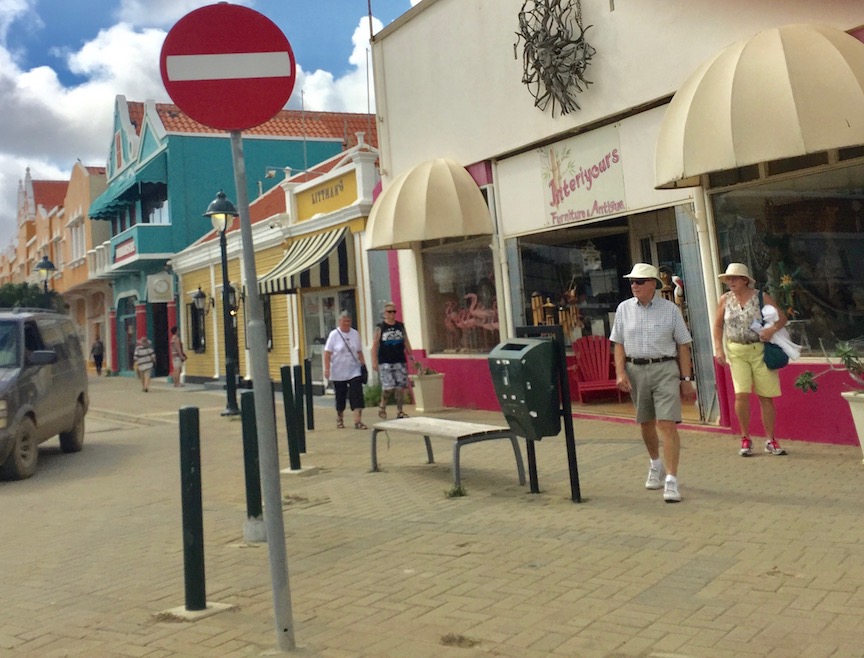 It’s population of less than 20,000 hosts 250,000 tourists a year who are either visiting by cruise ship, coming to dive or both. 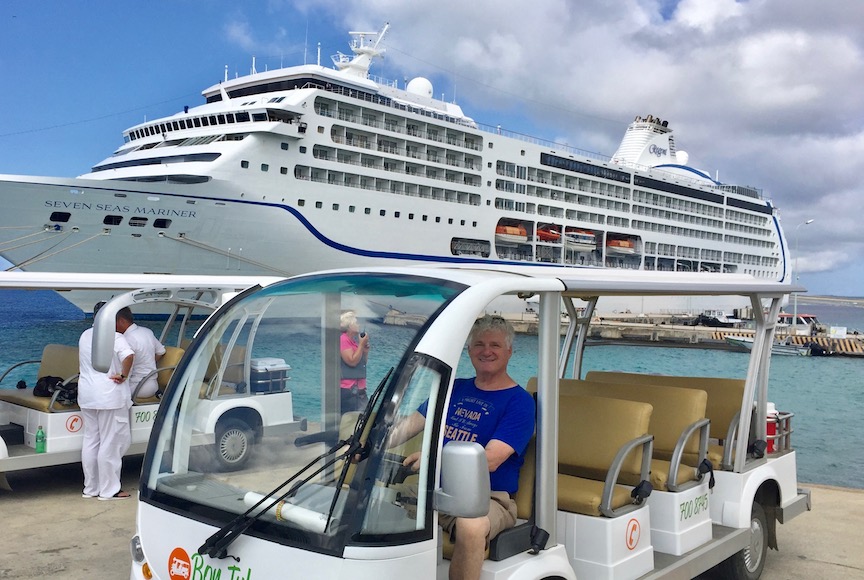 I, on the other hand, took a Tuk Tuk around today with a guide who filled me full of interesting facts. 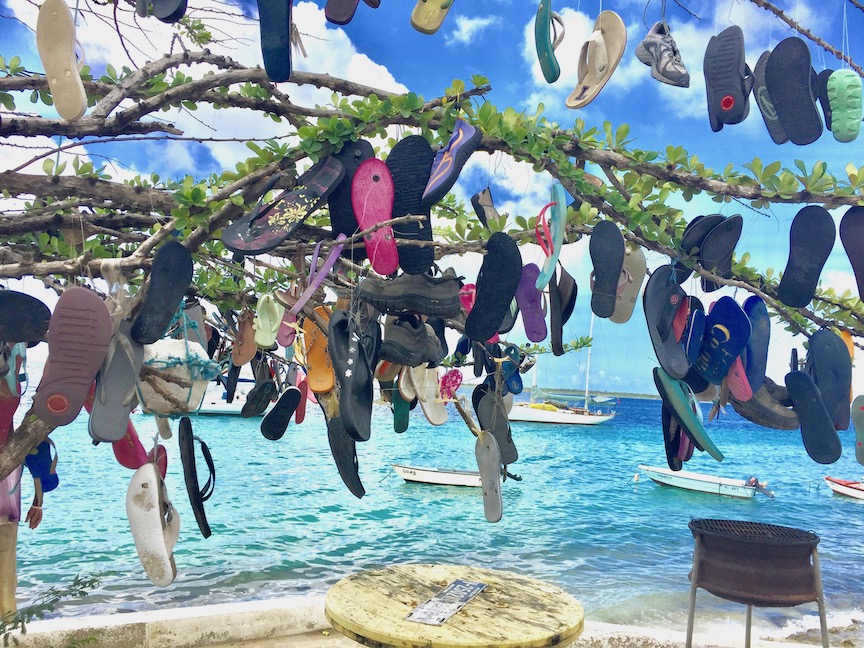 For example they grow flip-flops here.

History – Spanish conquered the island in 1499 looking for gold. They found none and lost significant interest.

However, they still fought an 80 year war with the Dutch (called the 80 years war) and finally lost control to them. The Dutch mined salt big time, as they do today.

In 2010 they legally became fully part of Netherlands in all respects.

Prisons – Other than the most outrageous crimes, prisoners are incarcerated locally. Interestingly enough, they are virtually given life sentences because when they are released, they are ostracized from the community so much that they have to steal to eat and get thrown right back into jail. Not very enlightened. 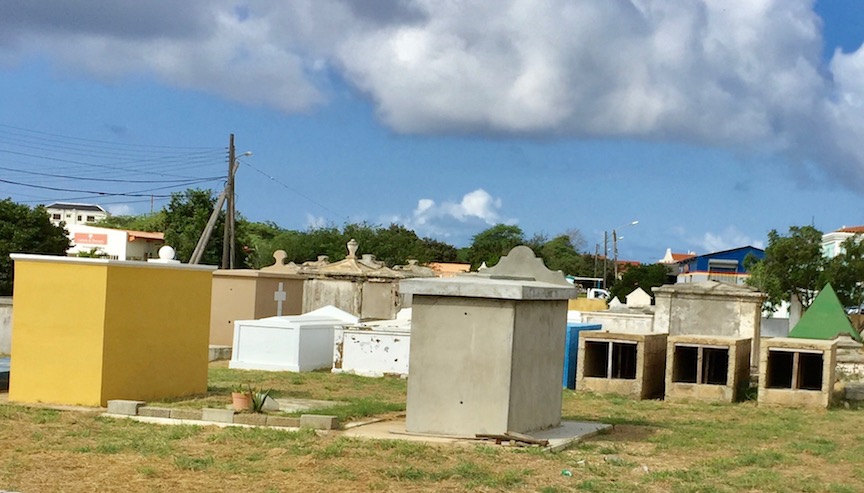 The cemetery is above ground because the surface is lava. 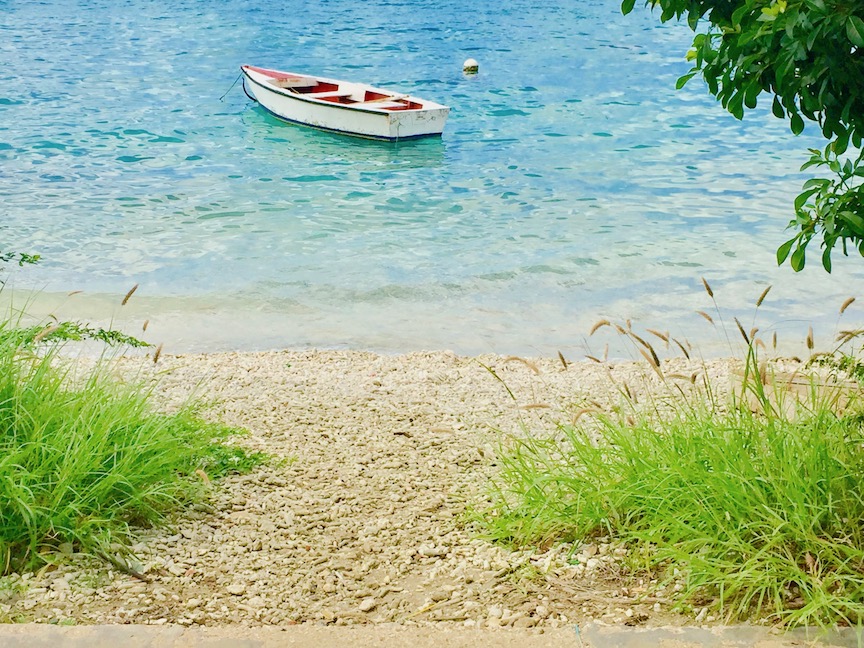 The beach is coral (illegal to take even a small piece.). The only sand is from the poop of the parrotfish that feeds off the coral.