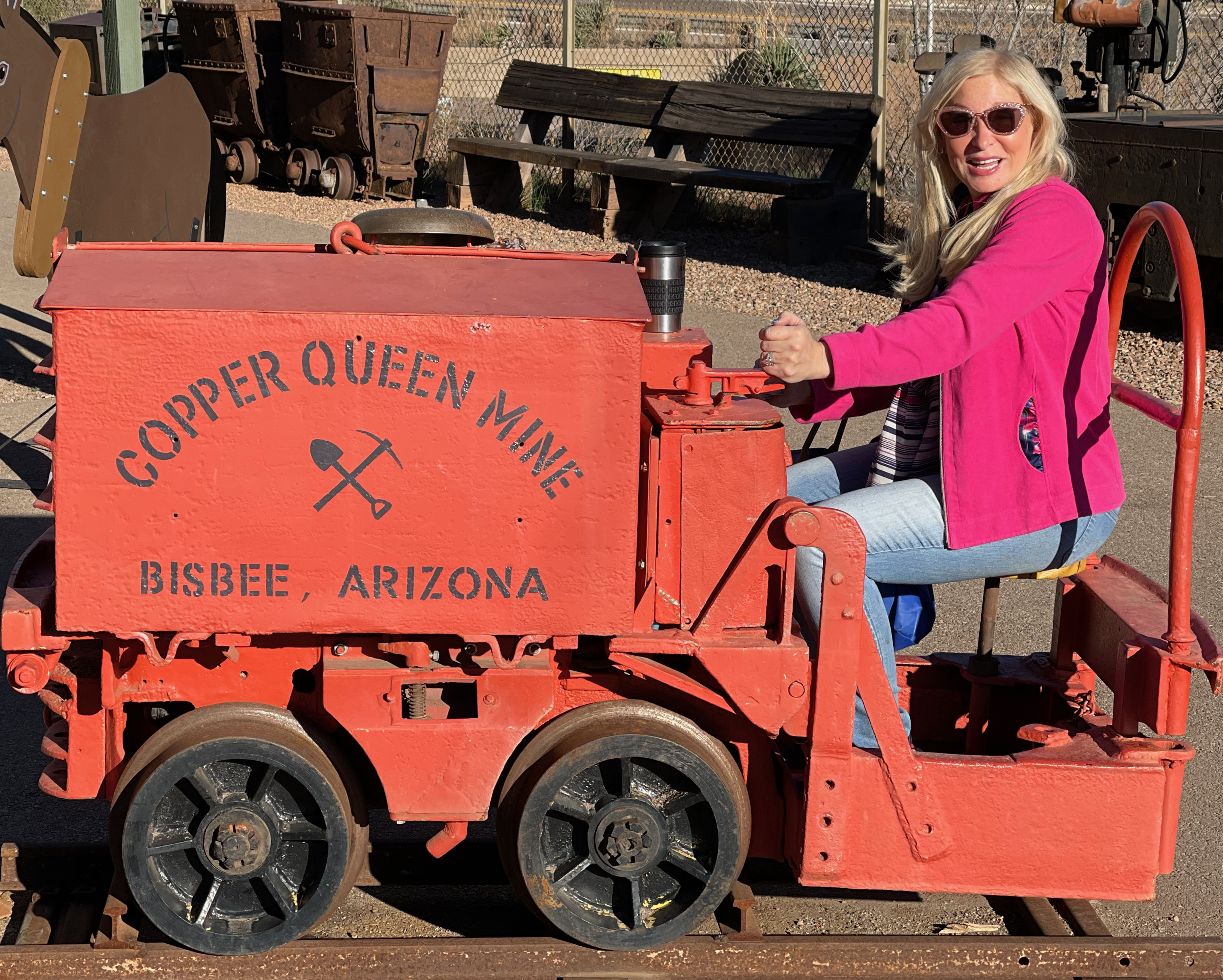 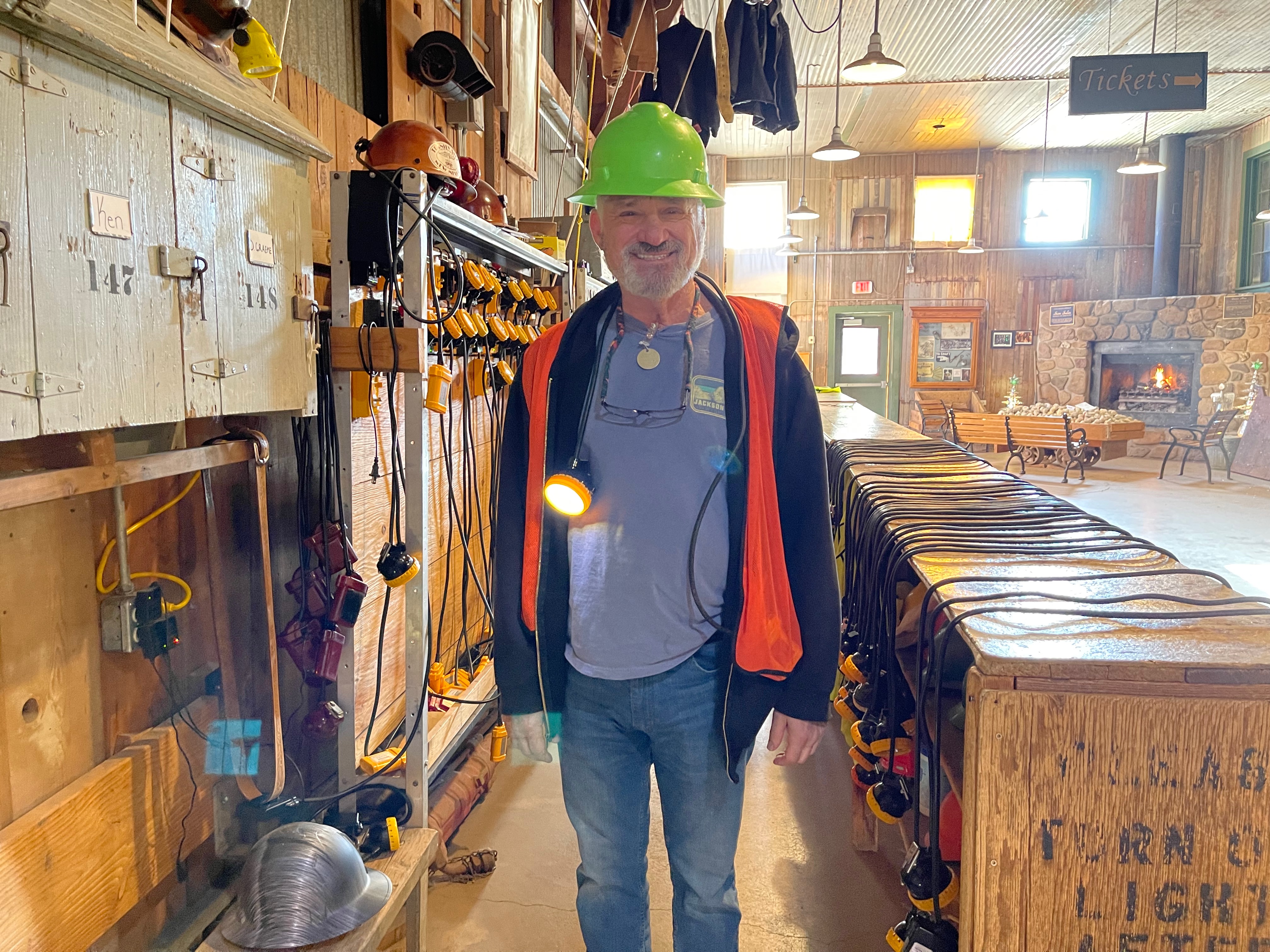 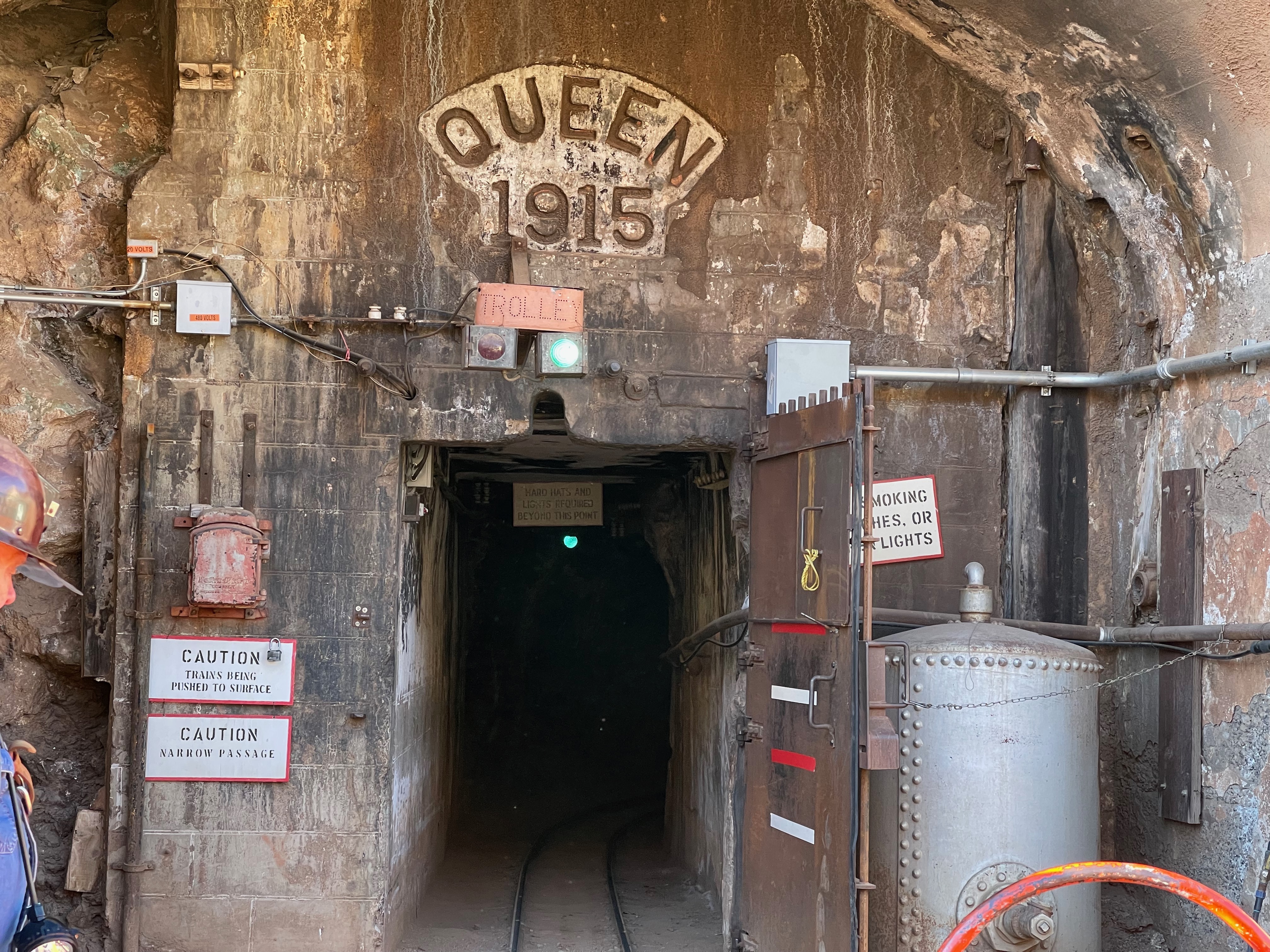 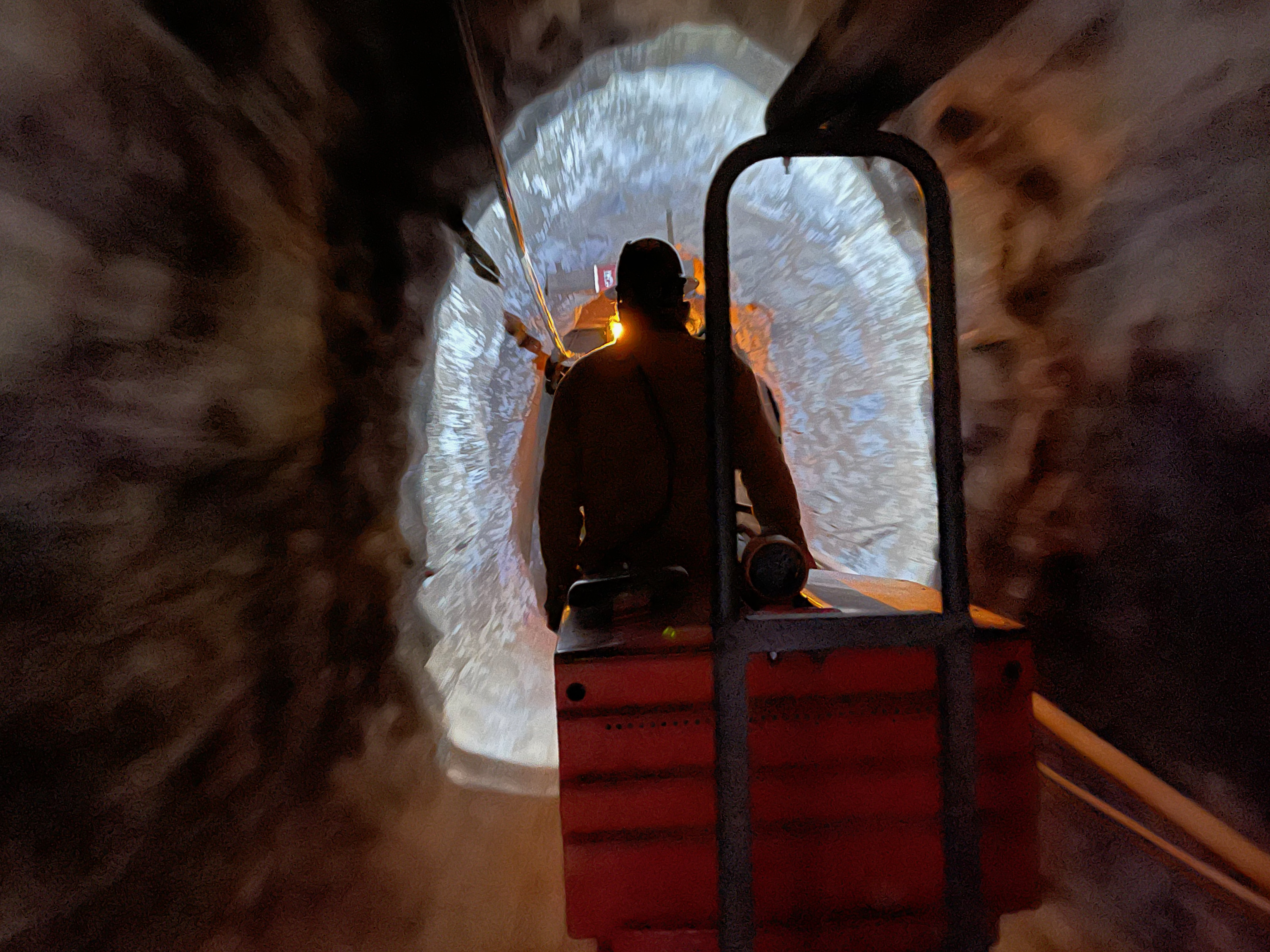 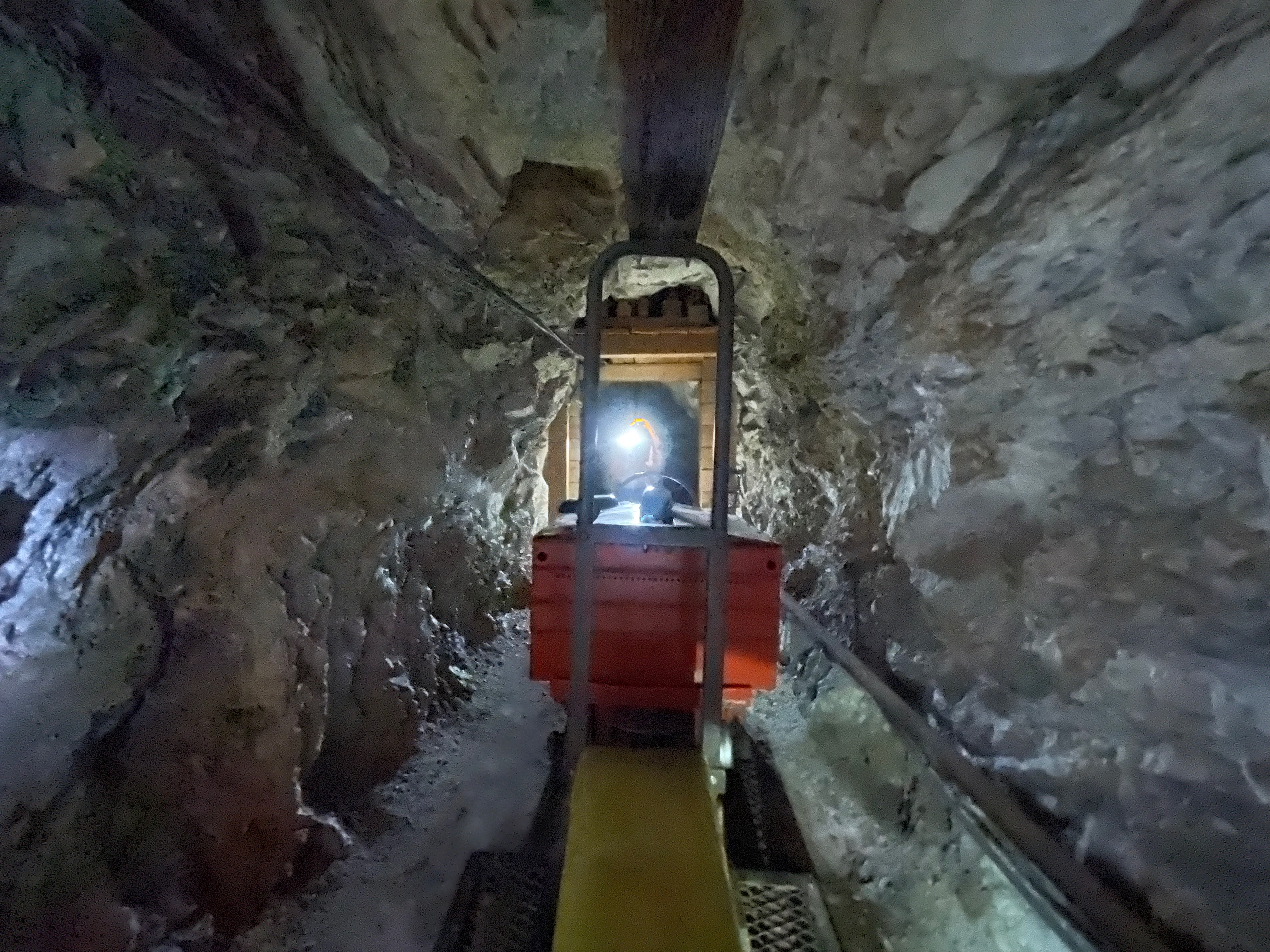 We started our day in Bisbee, 30 minutes down the road from Tombstone with a tour of the Cooper Queen Mine.

In 1877 men were sent here to search for renegade Apaches. Instead they found minerals. Out of that grew Bisbee, “Queen of the Copper Camps”.

Population grew to over 25,000 and when reserves were depleted in the mid seventies the city was becoming a ghost town. 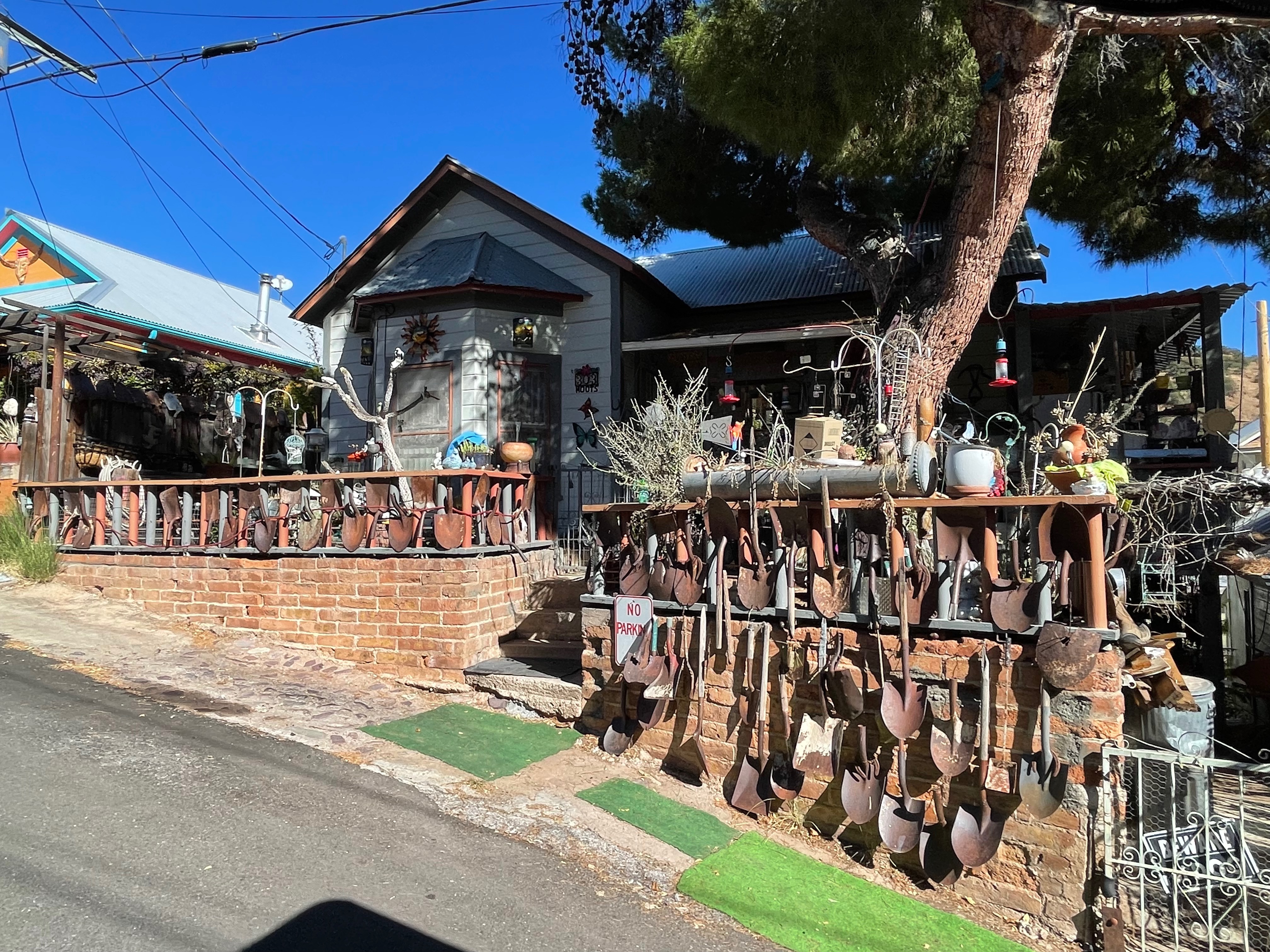 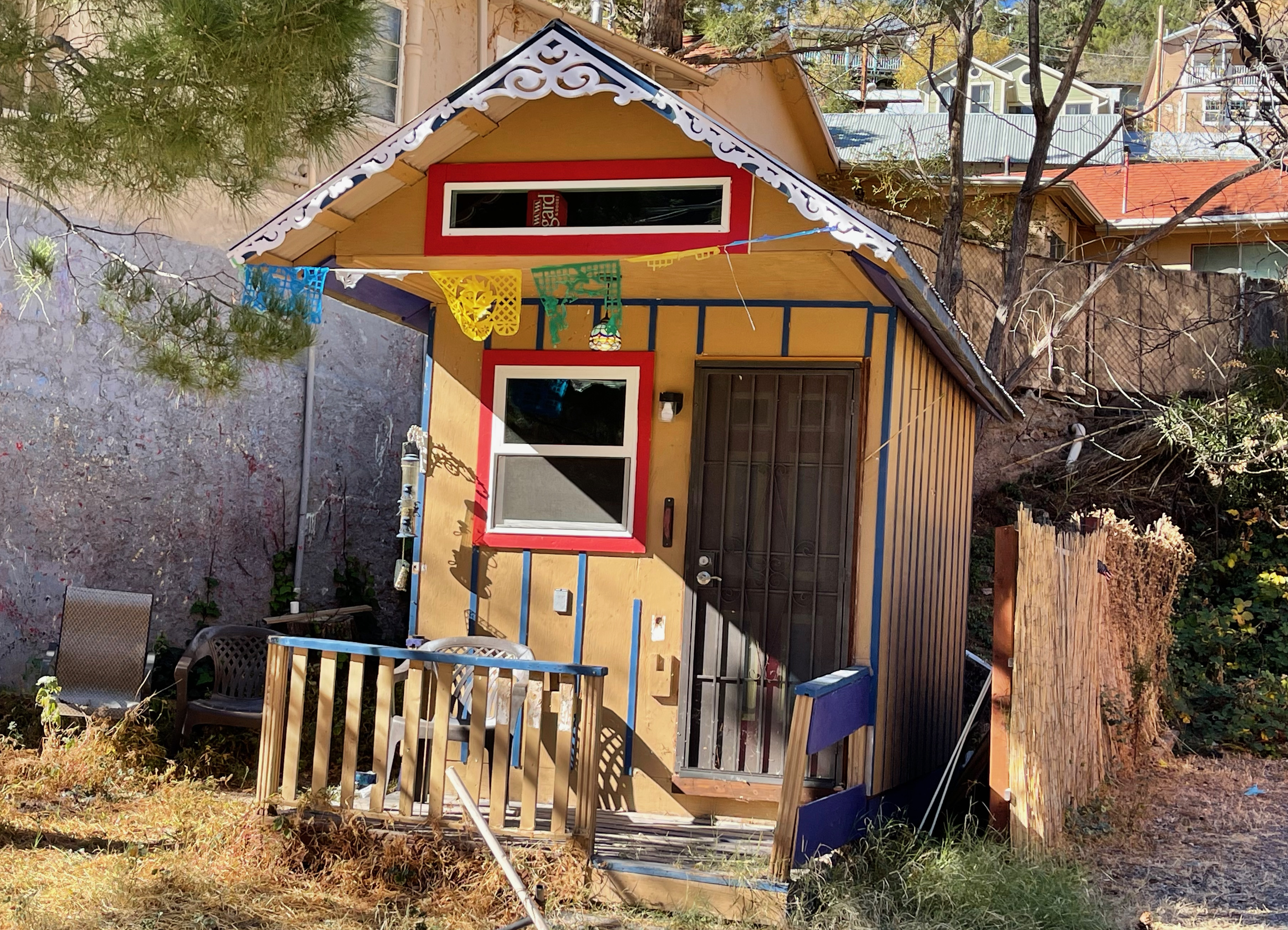 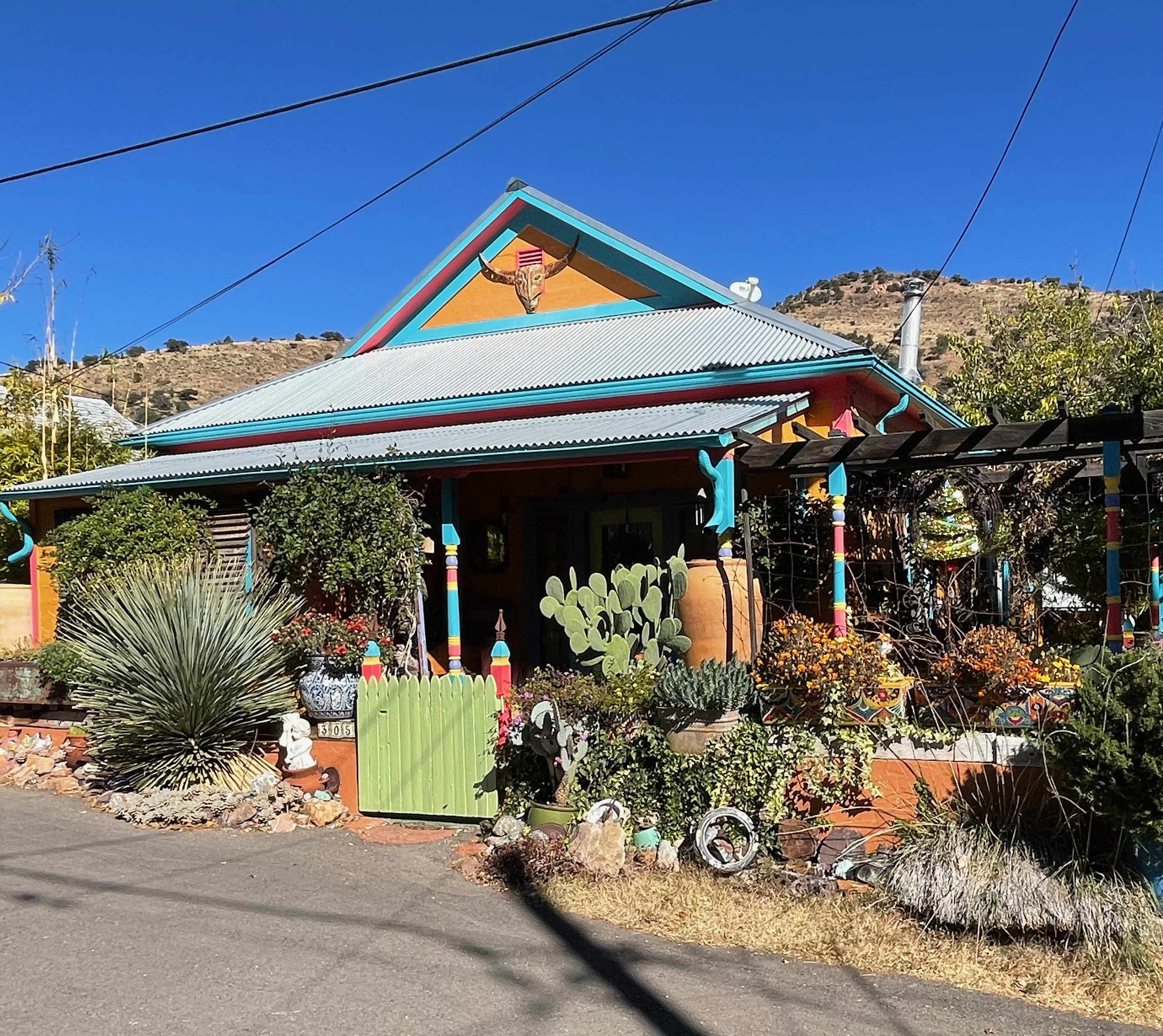 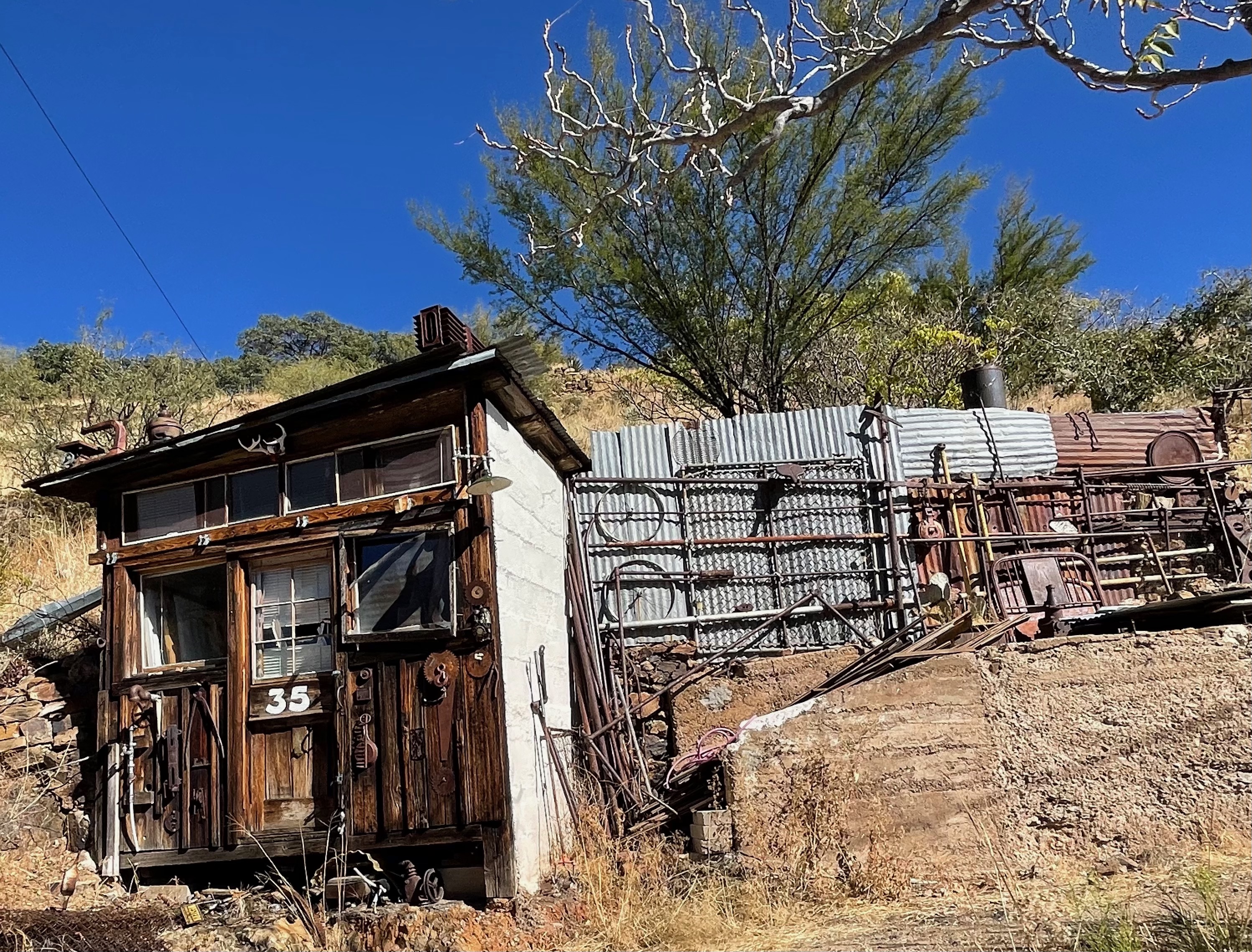 But in came the hippies where real estate prices plummeted, weather was great, and folks didn’t bother them. Now there are about 5,000 residents and homes that were having difficulty selling for $7,000 then are now $250,000. 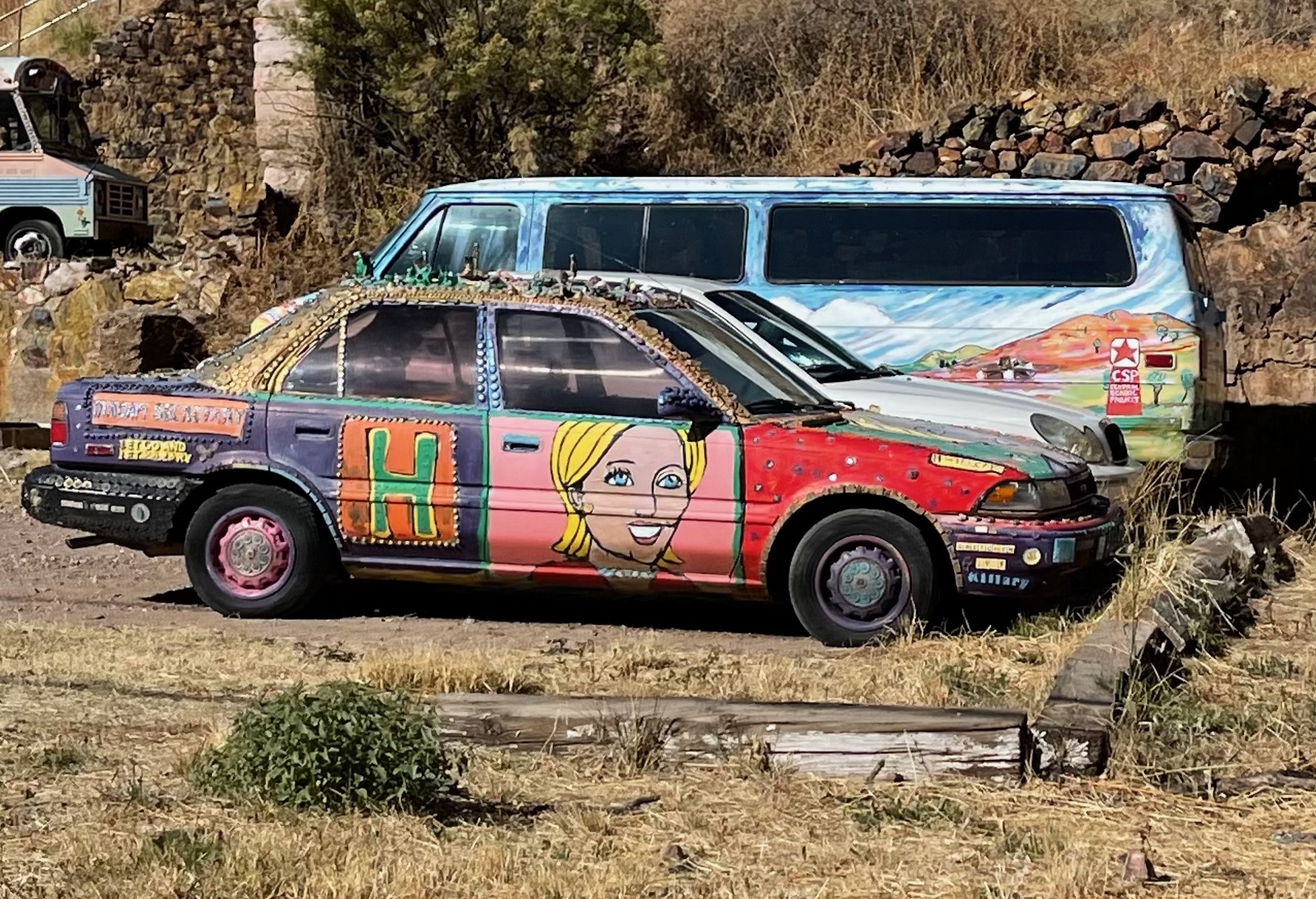 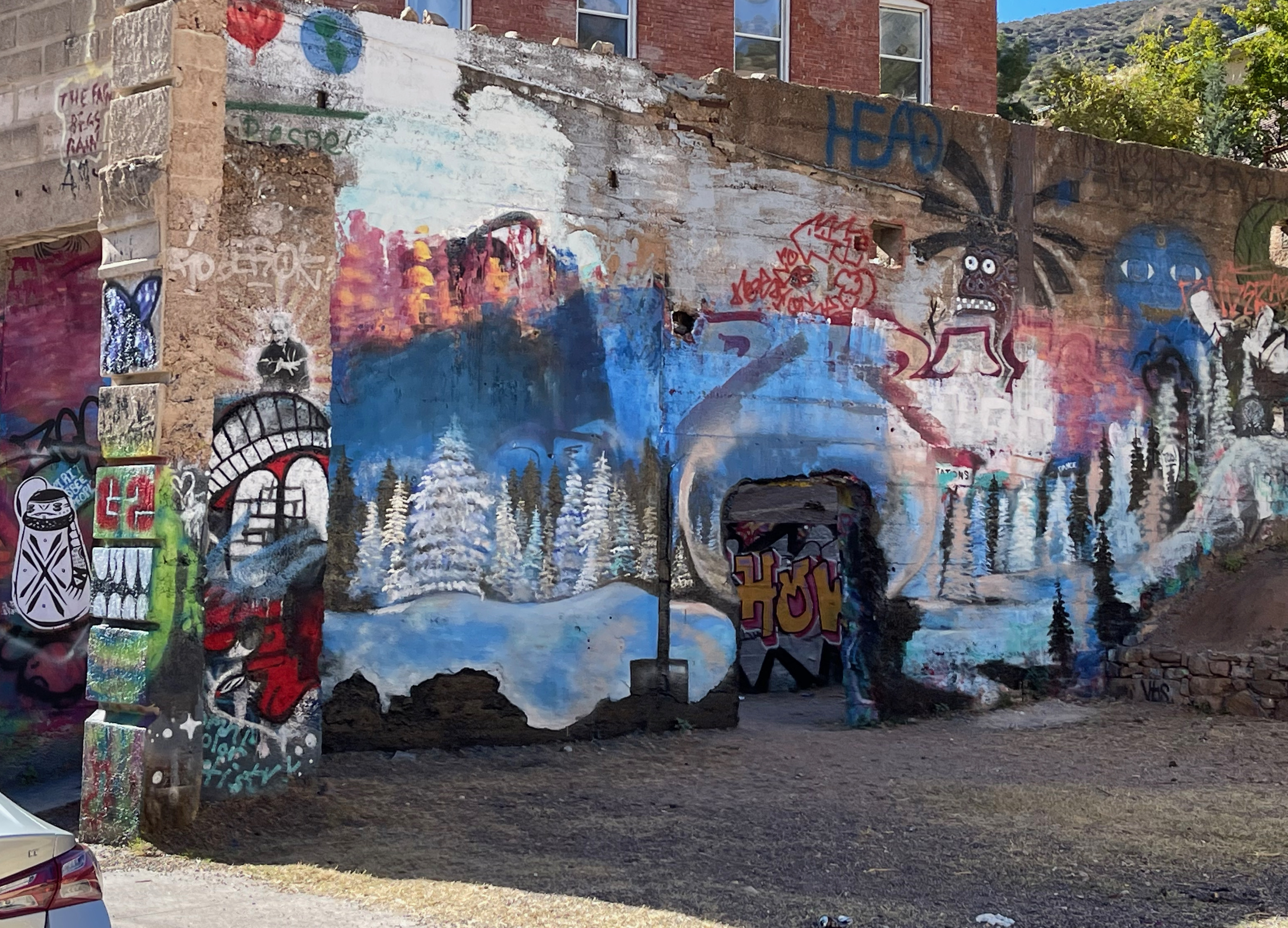 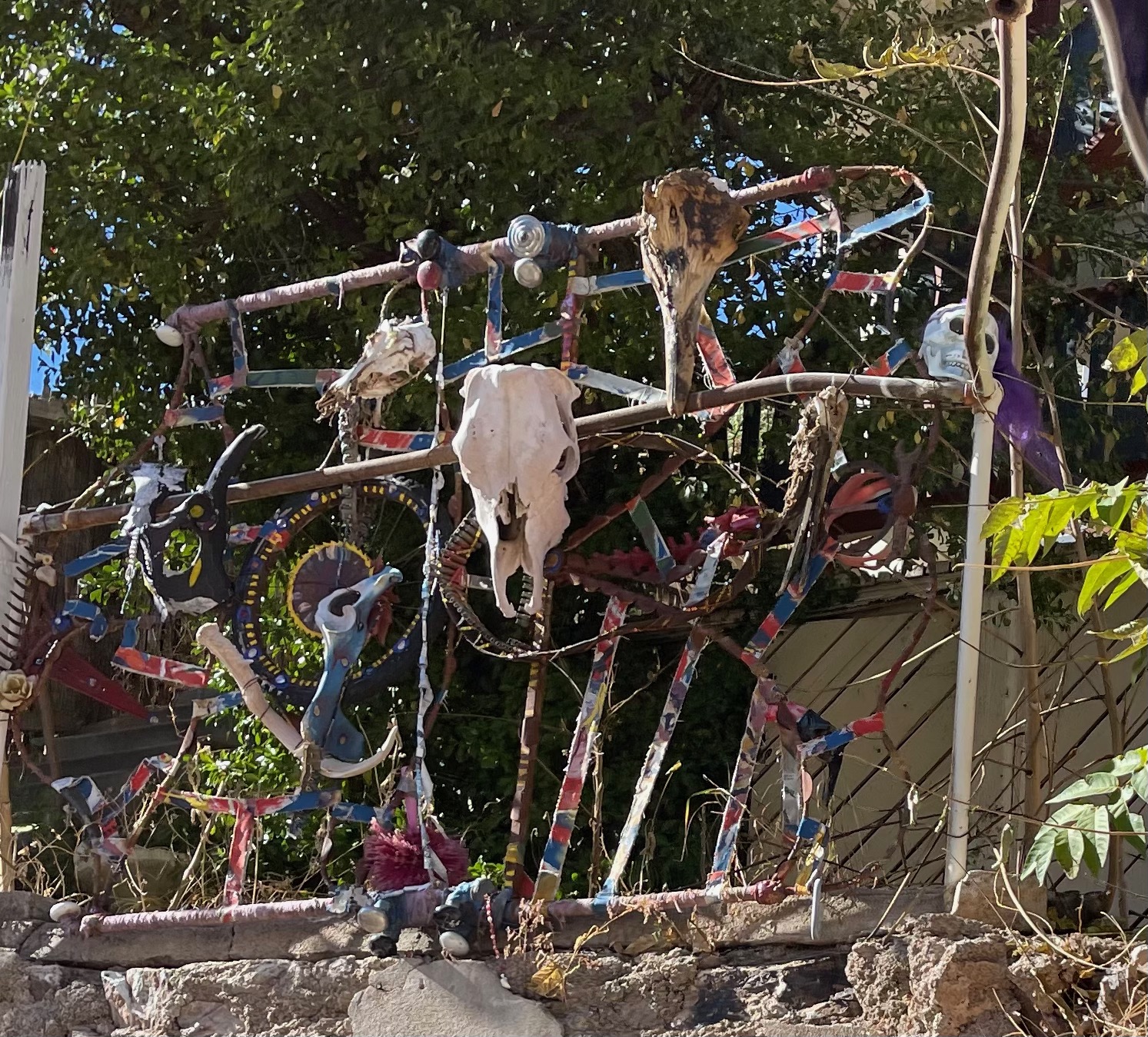 It is a fun city. It is still very artsy with quite friendly people. 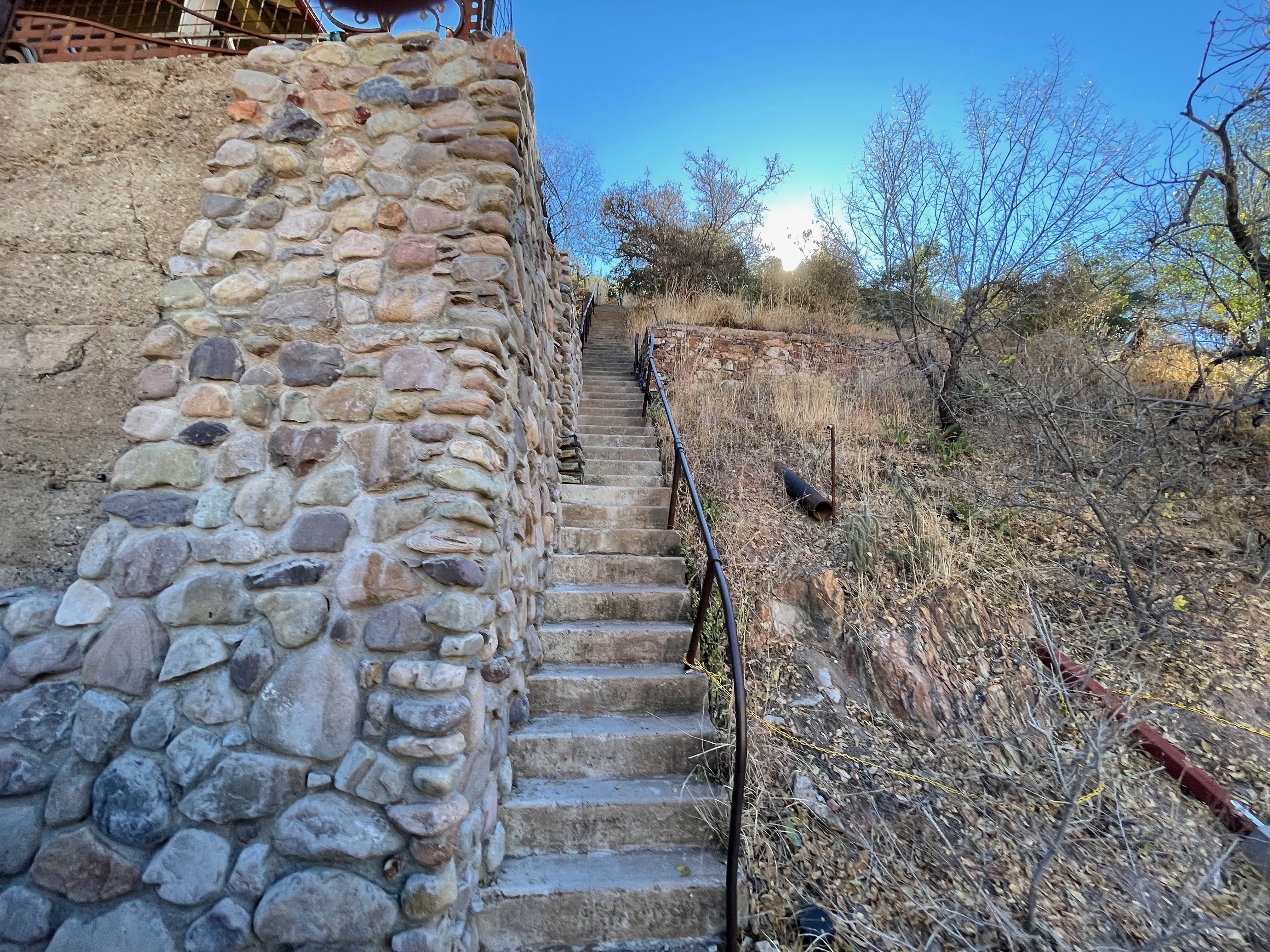 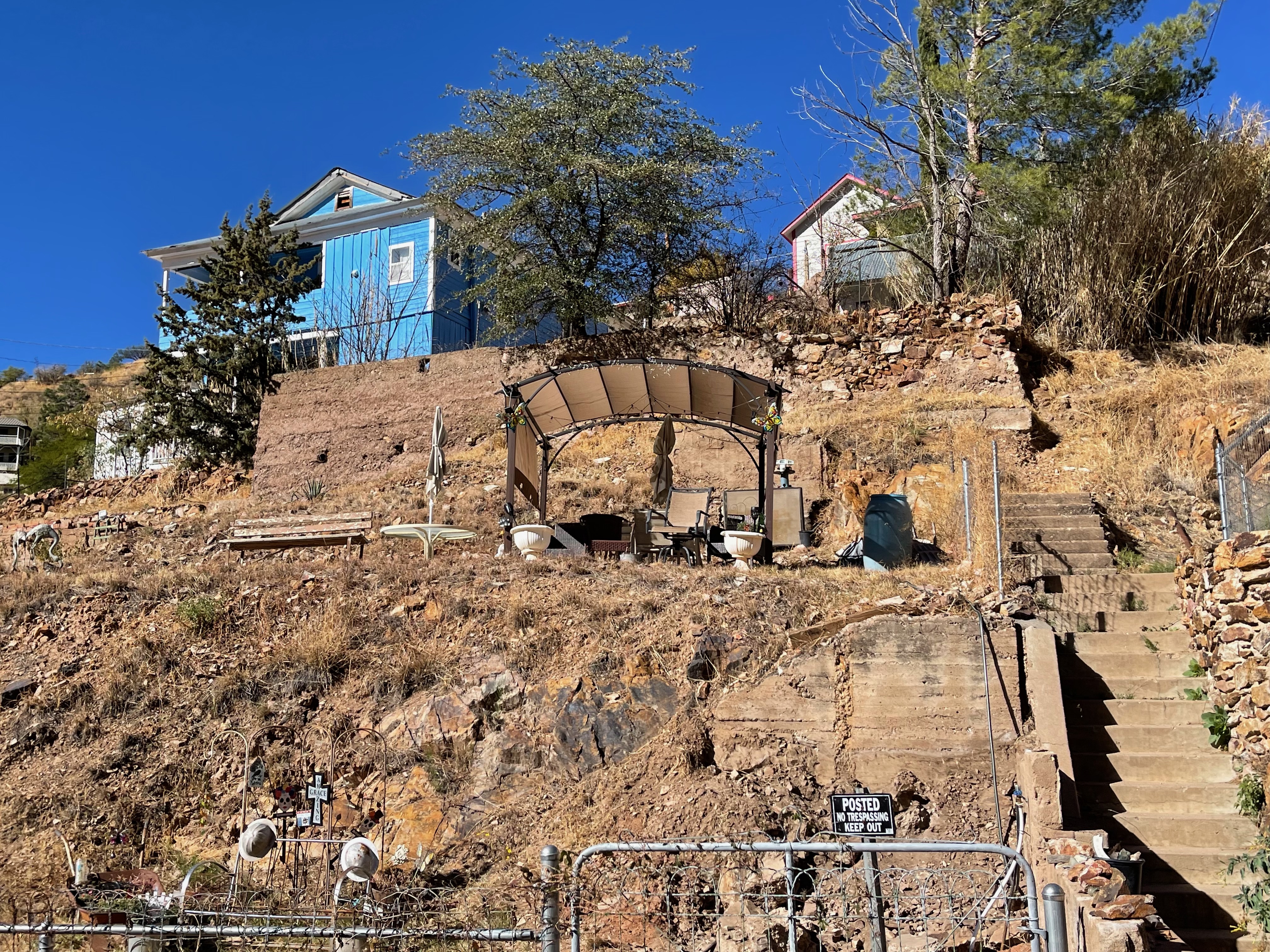 Many of the homes have no roads requiring the owners to climb daily (not to mention the delivery people). 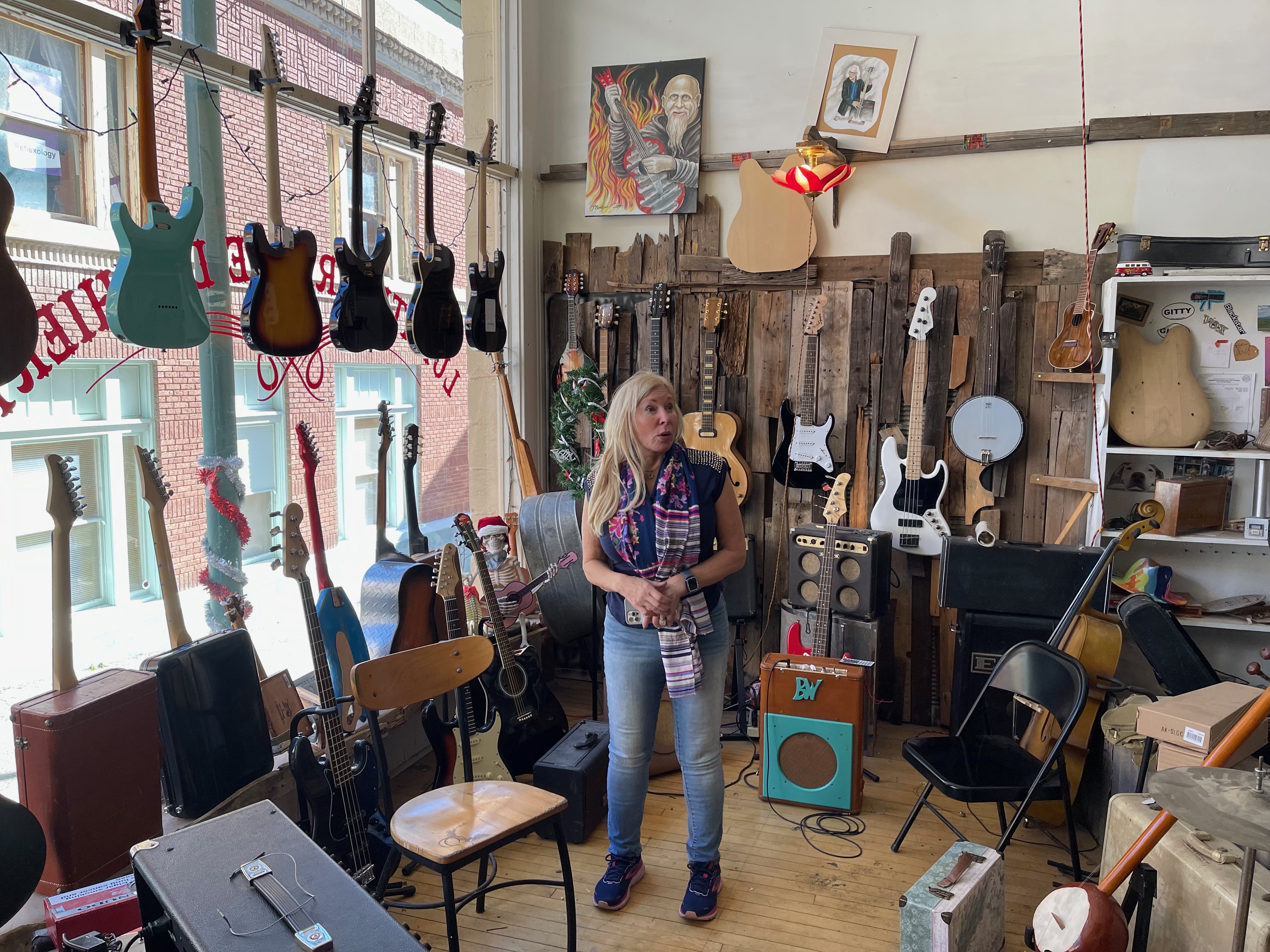 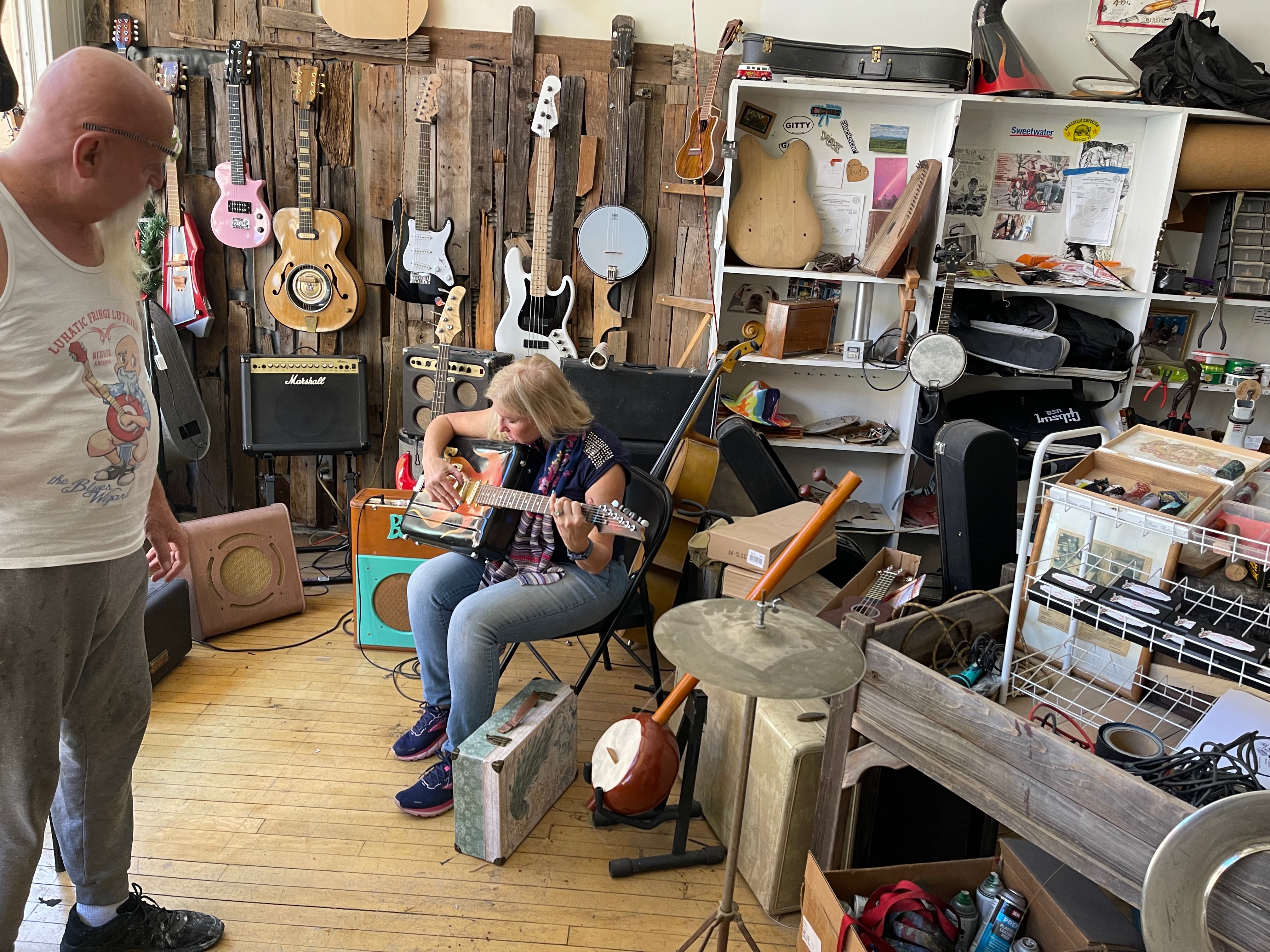 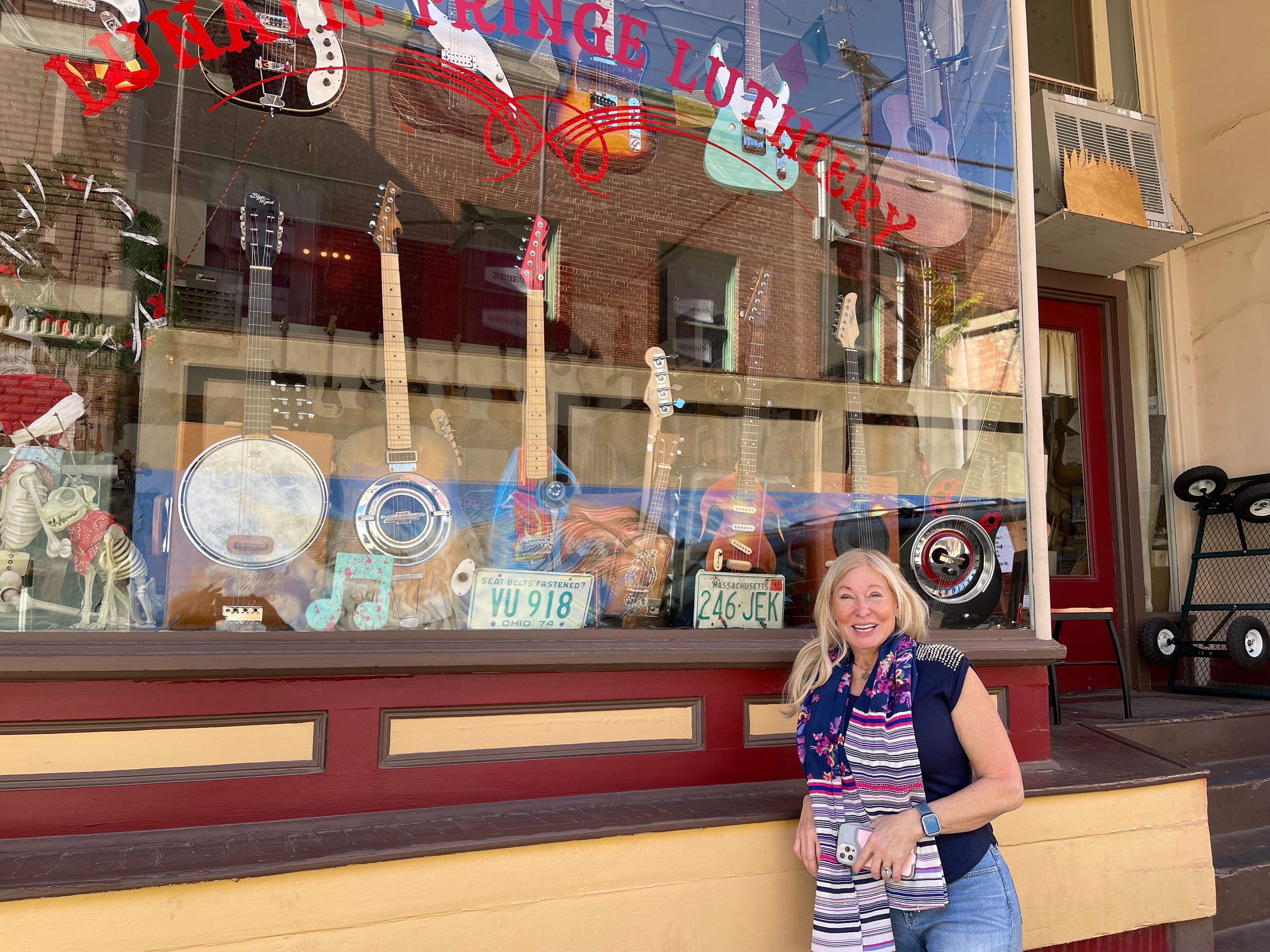 We ran into the most amazing guitar store ever, Lunatic Fringe Luthiery. Keith Kifer, makes these guitars. Many of them are from items like garbage and hubcaps. It was hard to drag Allyn out of there. 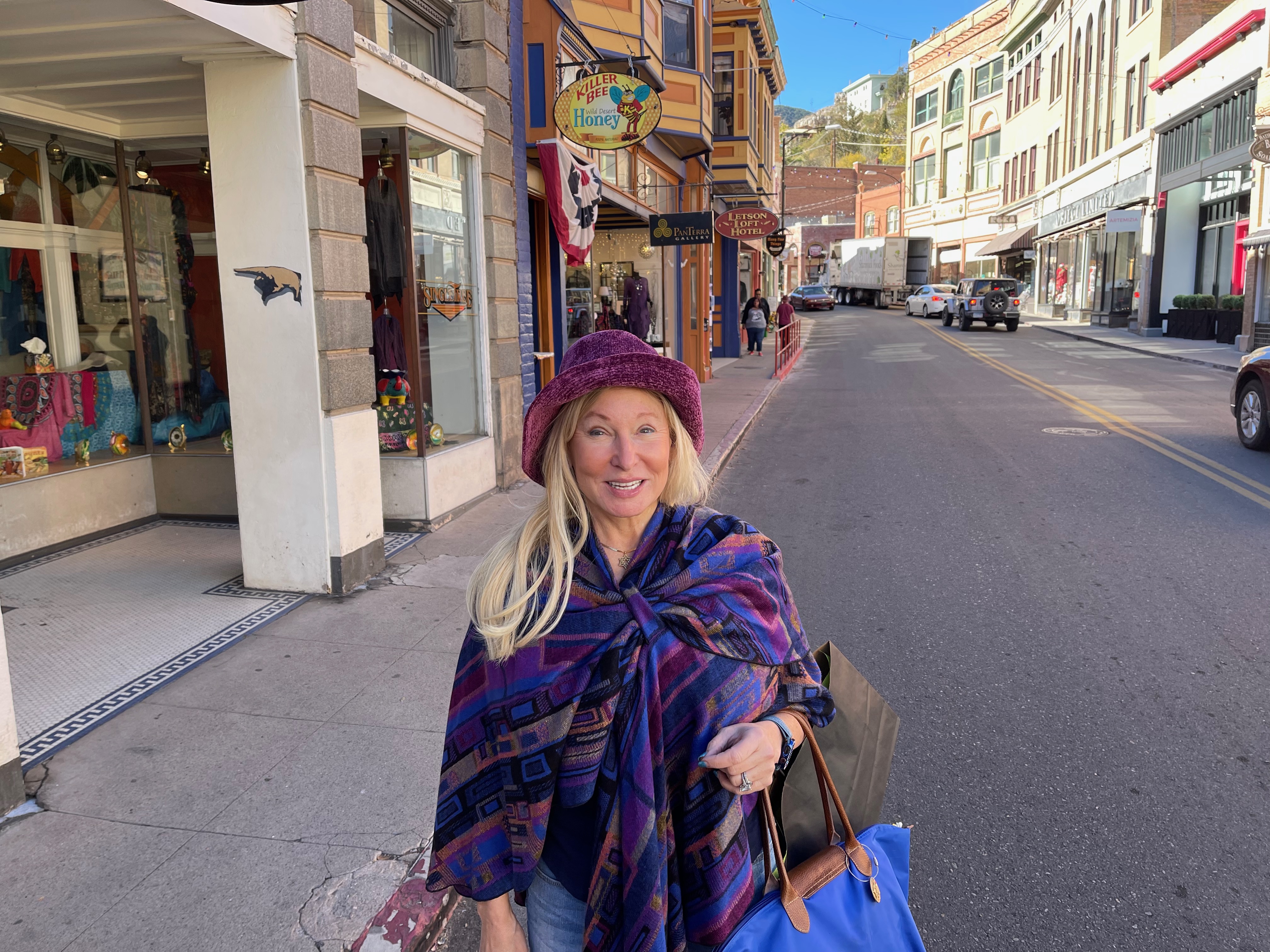 Even the shopping is special here.