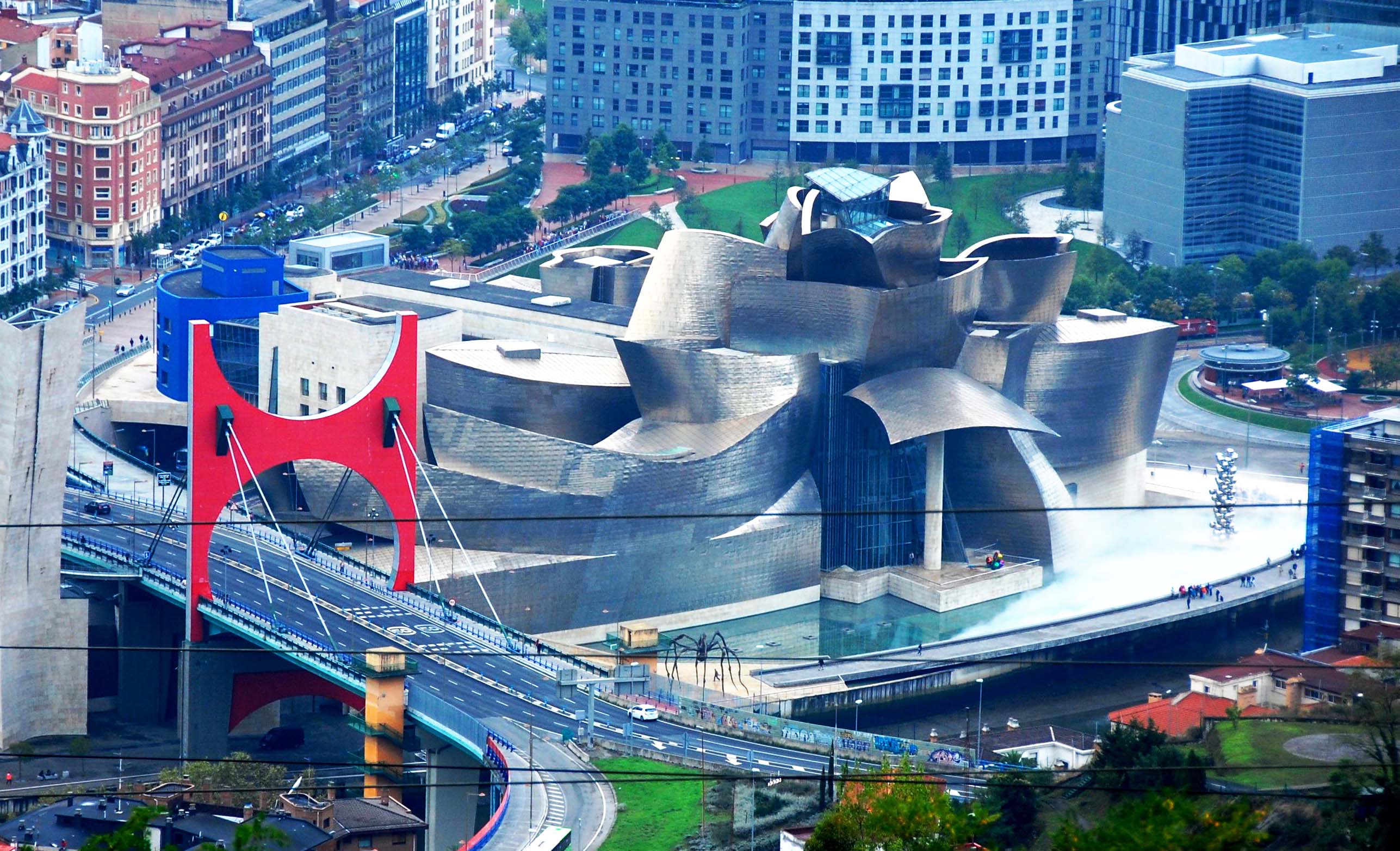 This summer we are two days in Bilbao. It is in the center of the Basque region of Northern Spain, home to centuries of nationalistic political unrest.

Economically Bilbao was in the pits and in 1991 it needed to reinvent itself. Even for cities, it is all about marketing. They hit a home run.

The Basque government contracted with the Solomon R. Guggenheim Foundation to use their name, some traveling exhibitions and for them to operate a museum in exchange for Bilbao investing $100MM for construction, $50MM for acquisitions, a $20MM fee to Guggenheim and $12MM annually for operations.

It has been a huge success. They were made whole in just three years when almost 4 million tourists visited the museum, generating $700MM in economic activity and over $150MM in taxes.

The building was designed, as you can guess, by Frank Gehry. Consistently it has been named as one of the most important buildings of the last several decades. 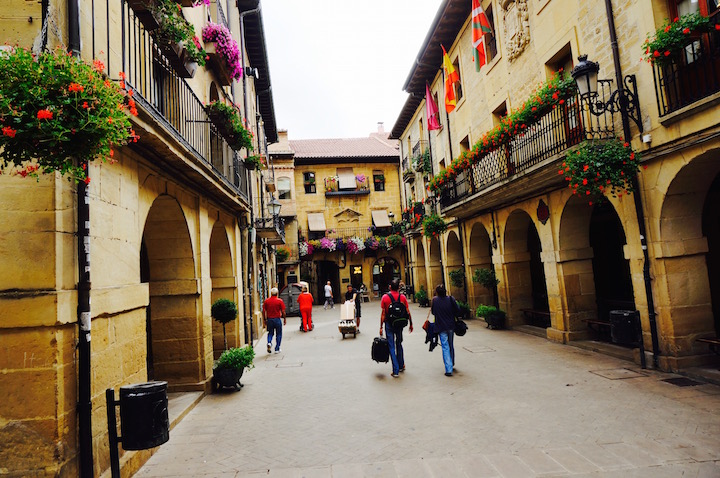 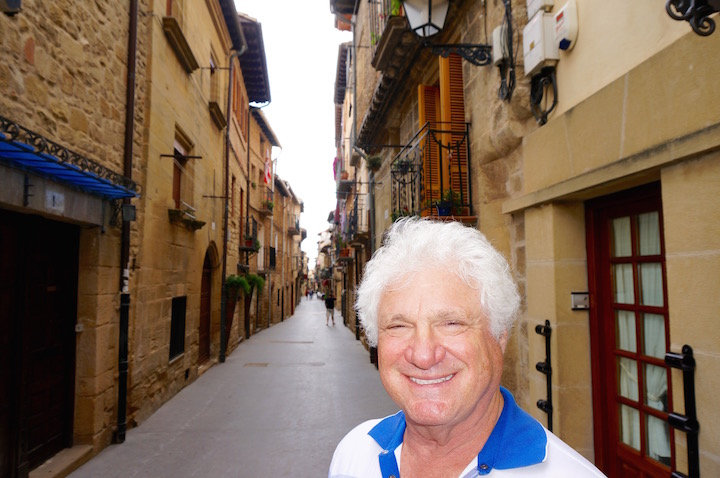 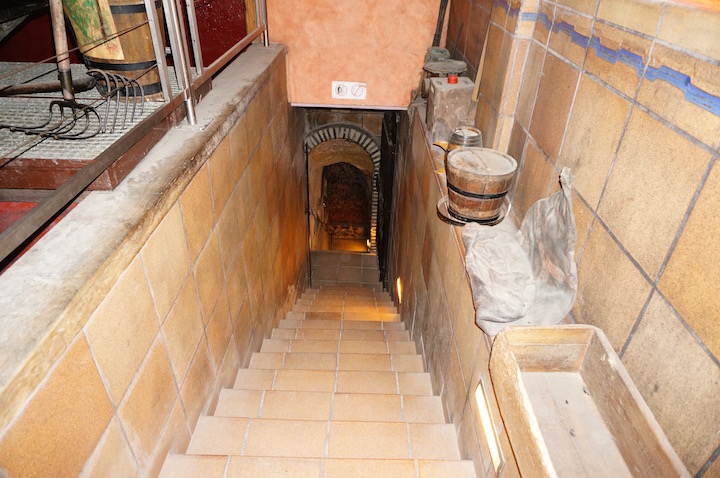 Today we went out to Spain’s premier wine region, La Rioja. When we are not drinking cabs, we often drink these wines as they are similar and usually a real bargain.

We stopped at the typical 13th century village of Laguardia in the heart of the region. Here the winters are wet and the summers hot, making for great wines.  Historically this village had an entire underground level for defensive reasons.

For a couple hundred years those cellars have been used for making and storing wines. Their constant cool temperature and relatively high humidity make for great aging. 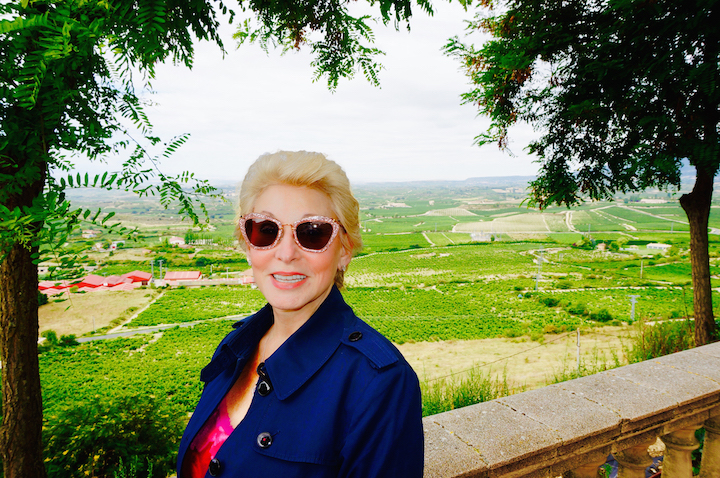 And the grapes are right outside. 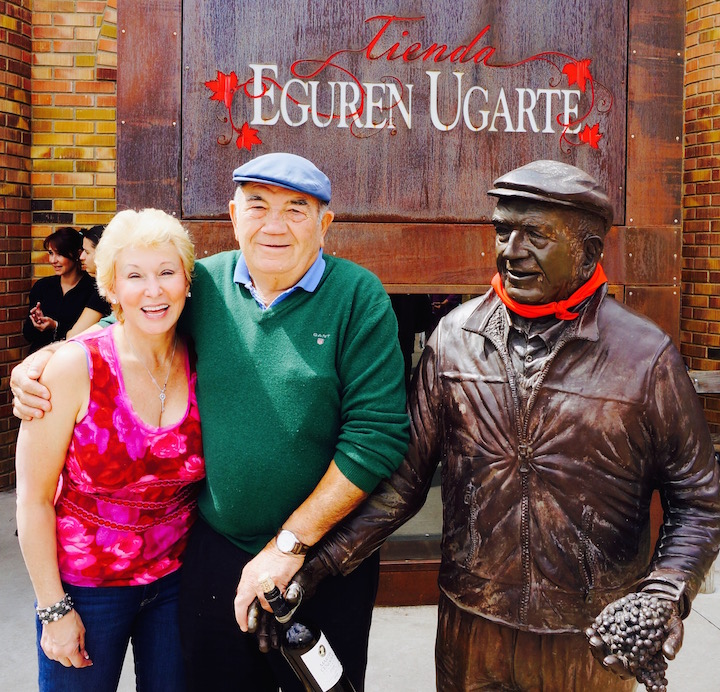 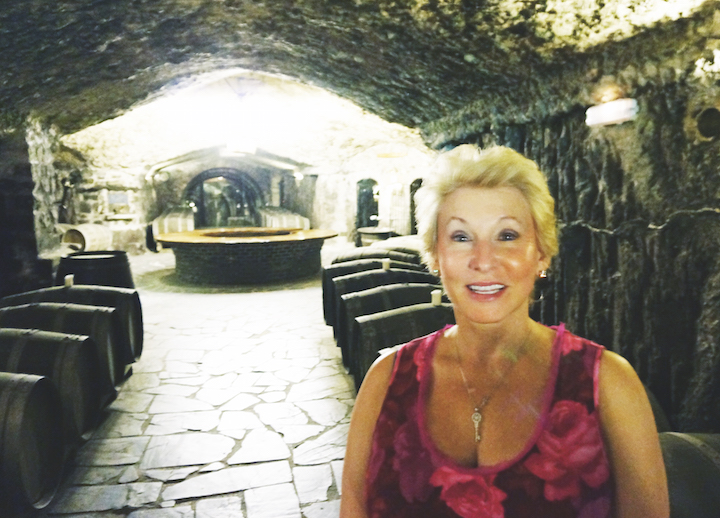 We then visited the 150-year-old Eguren Ugarte family winery where Allyn posed with the current patriarch.