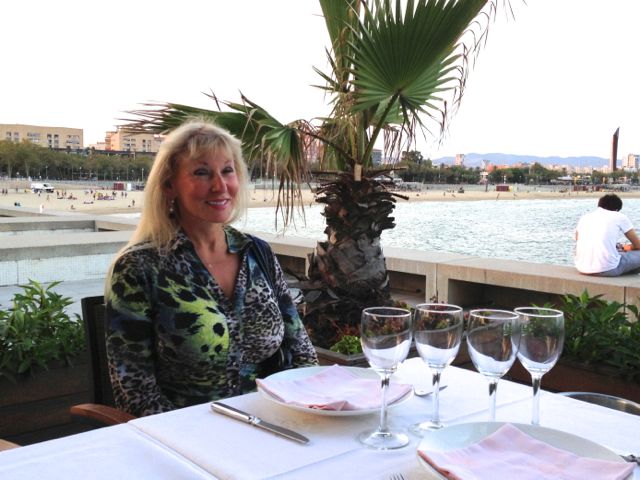 Love Barcelona. More than anything its architecture sets it apart, (JetSetWay, Aug 10, 2011) thanks to Antoni Gaudi, the famous Catalan architect.

This is the last of our five Mediterranean Sea resort cities, which wraps up the August portion of our 2013 summer trip. September brings a couple cruises and then October some serious poker events.

We had an outstanding dinner tonight at El Cangrejo Loco on the beautiful port exactly where the 1992 Olympic Village was located.

Why the picture of a wine bottle and bucket? Well I like my white wine extra cold. The waiter poured about a quart of rock salt into the ice water. That somehow slows down water molecules, which in turn lowers the freezing point. Note the ice that accumulated on the outside of the bucket. Those of you who make ice cream probably already know all about this phenomenon.