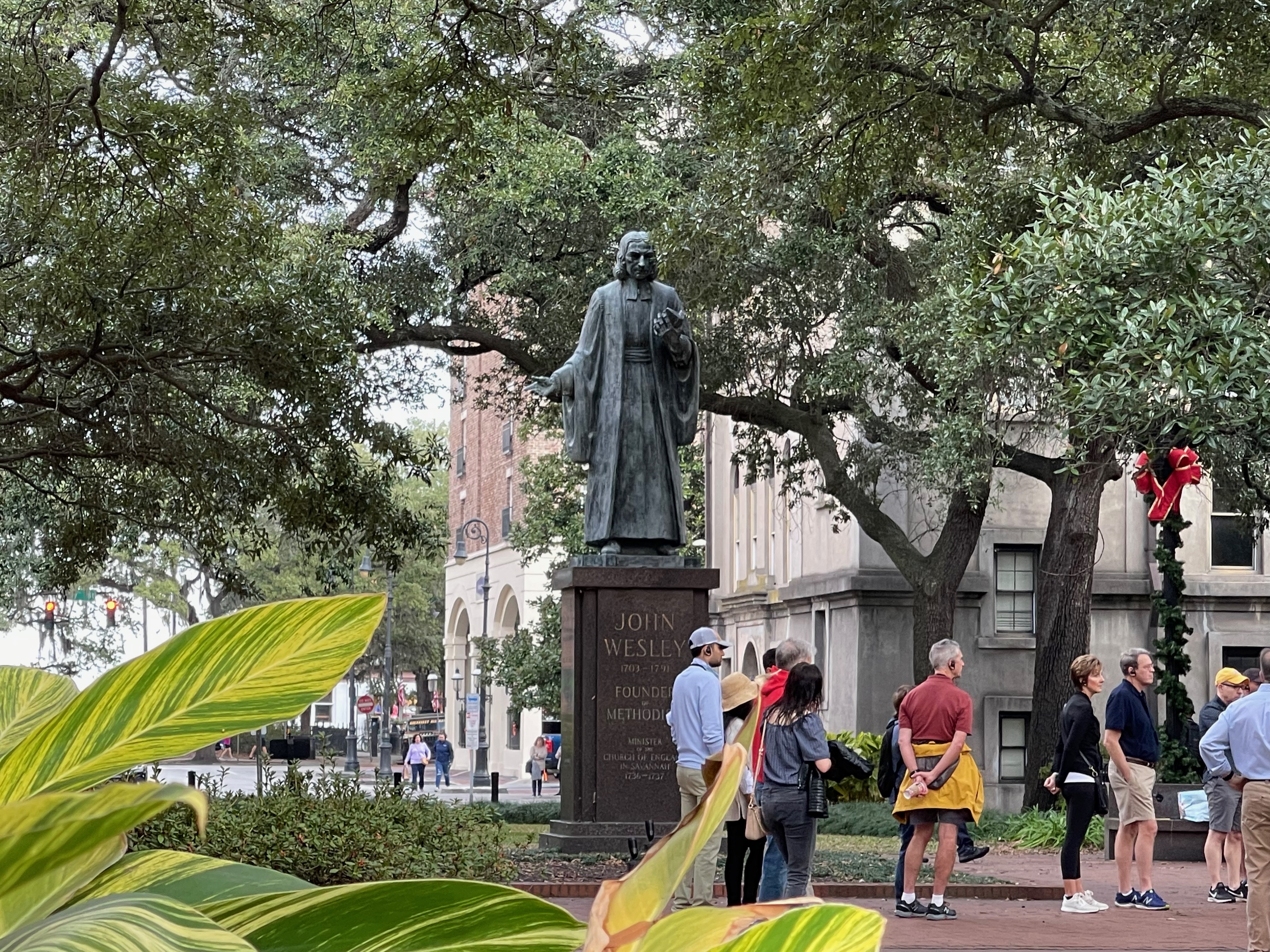 Savannah is America’s first planned city. It  built around 24 Squares (22 remain) in its half square mile Historic District. One is prettier than the next. Each one seems to have at least one statue; often of somebody who has a different Square named in his honor. That seems weird to me. 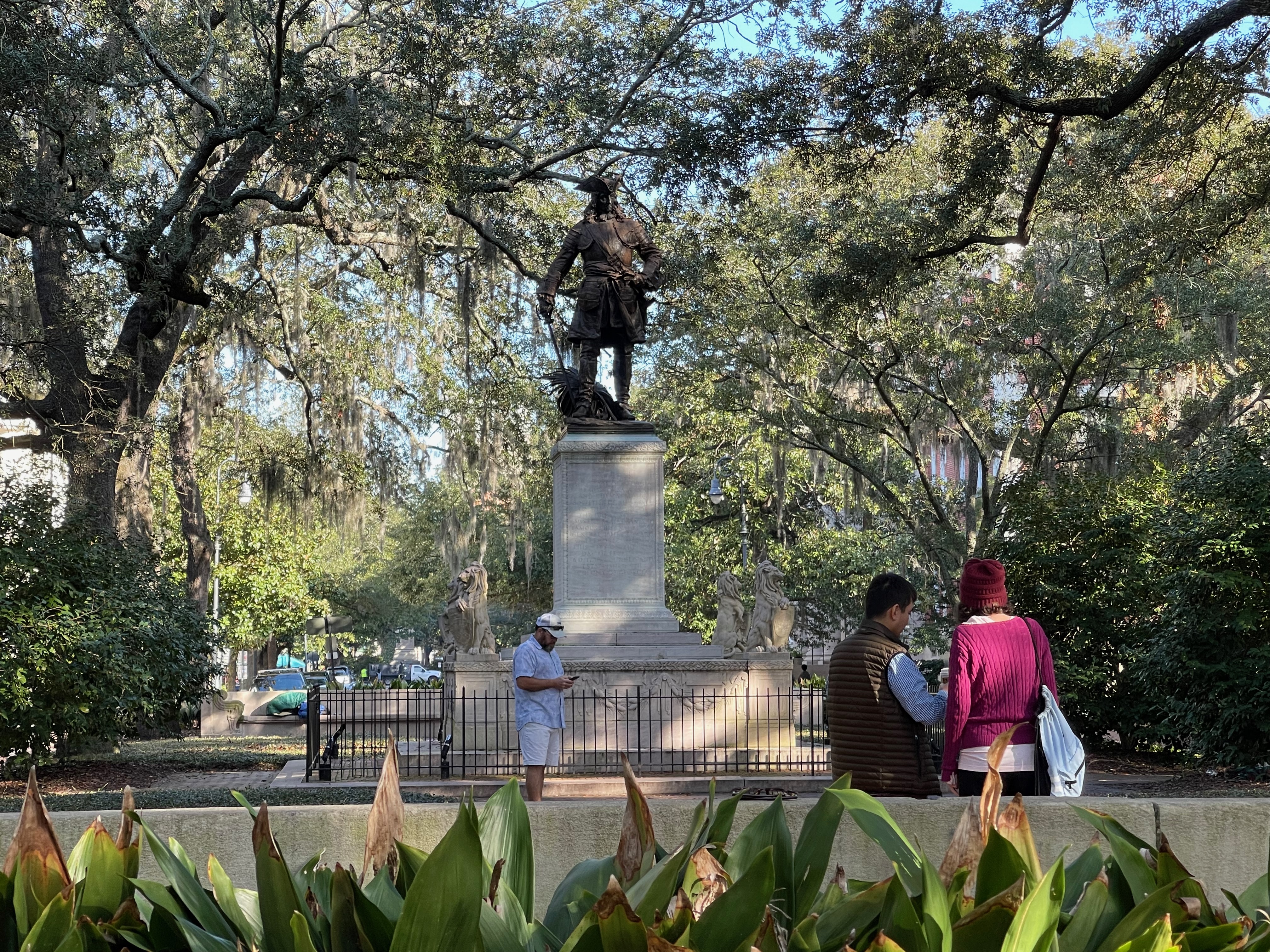 Chippewa Square is at the heart of the Historic District. It was made famous in the movie Forest Gump. Tom Hanks sat on a bench right here for about 80% of the movie. 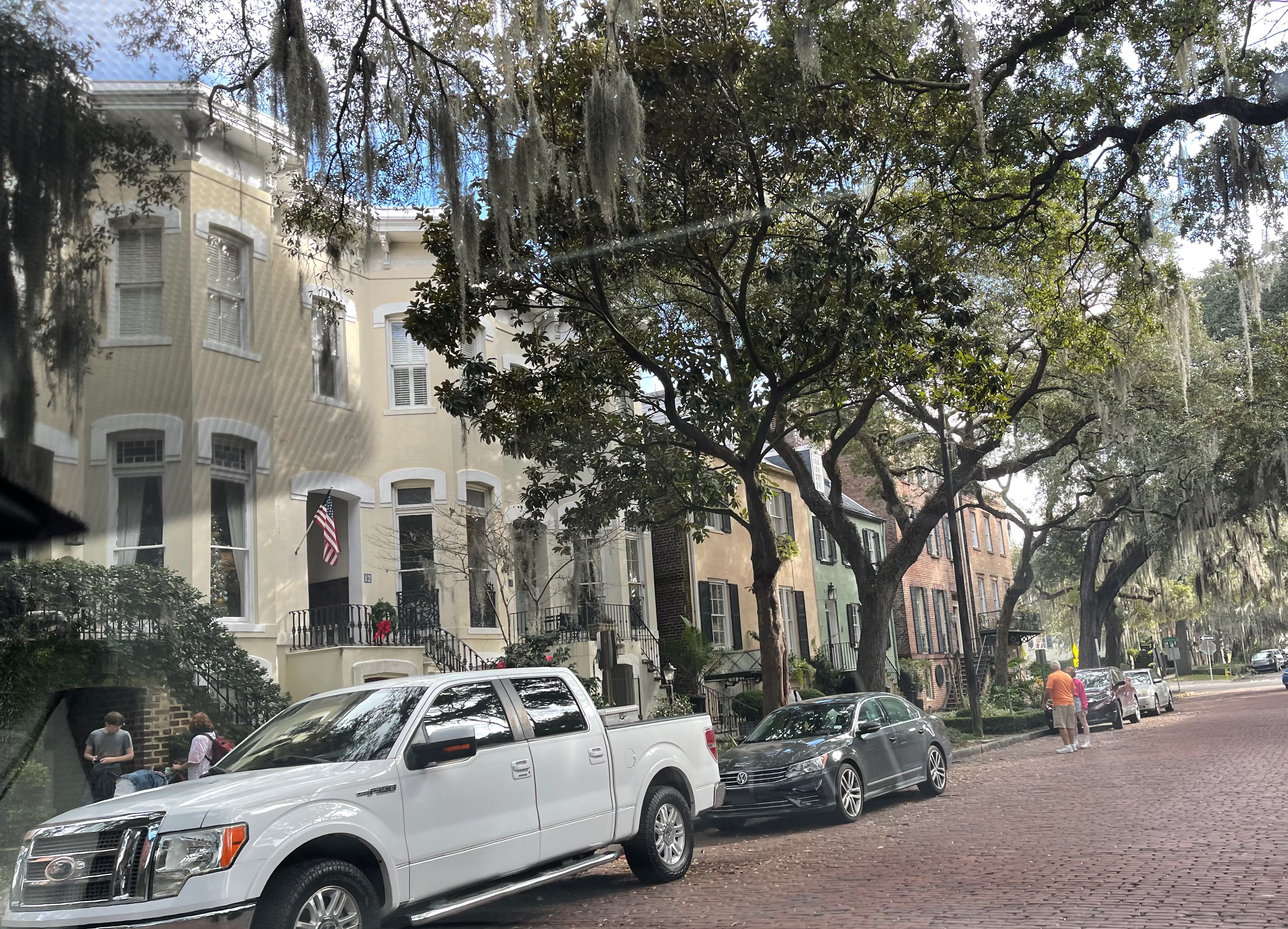 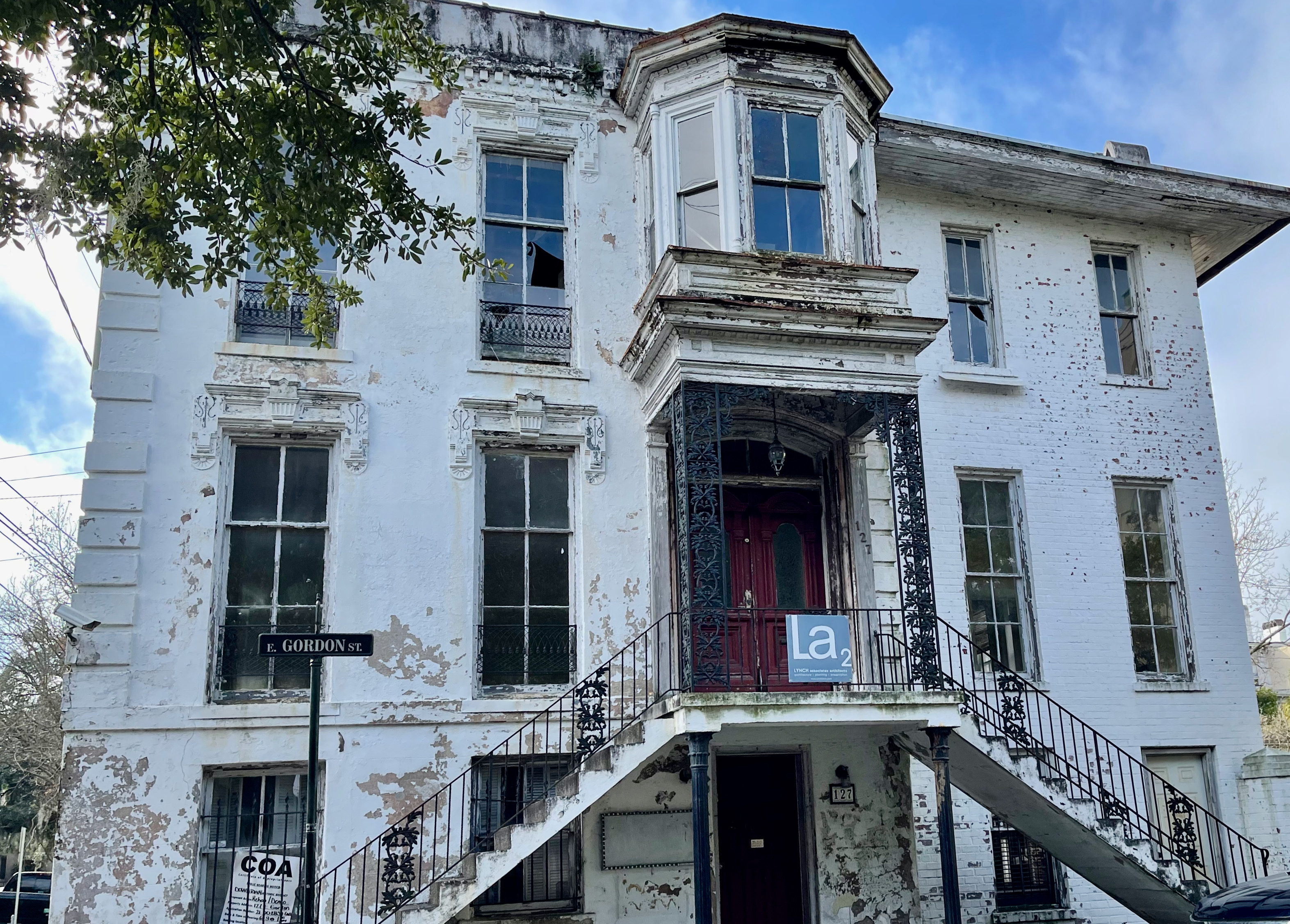 Once again, we see beautifully high end restored properties in the old part of town near others that need restoring. 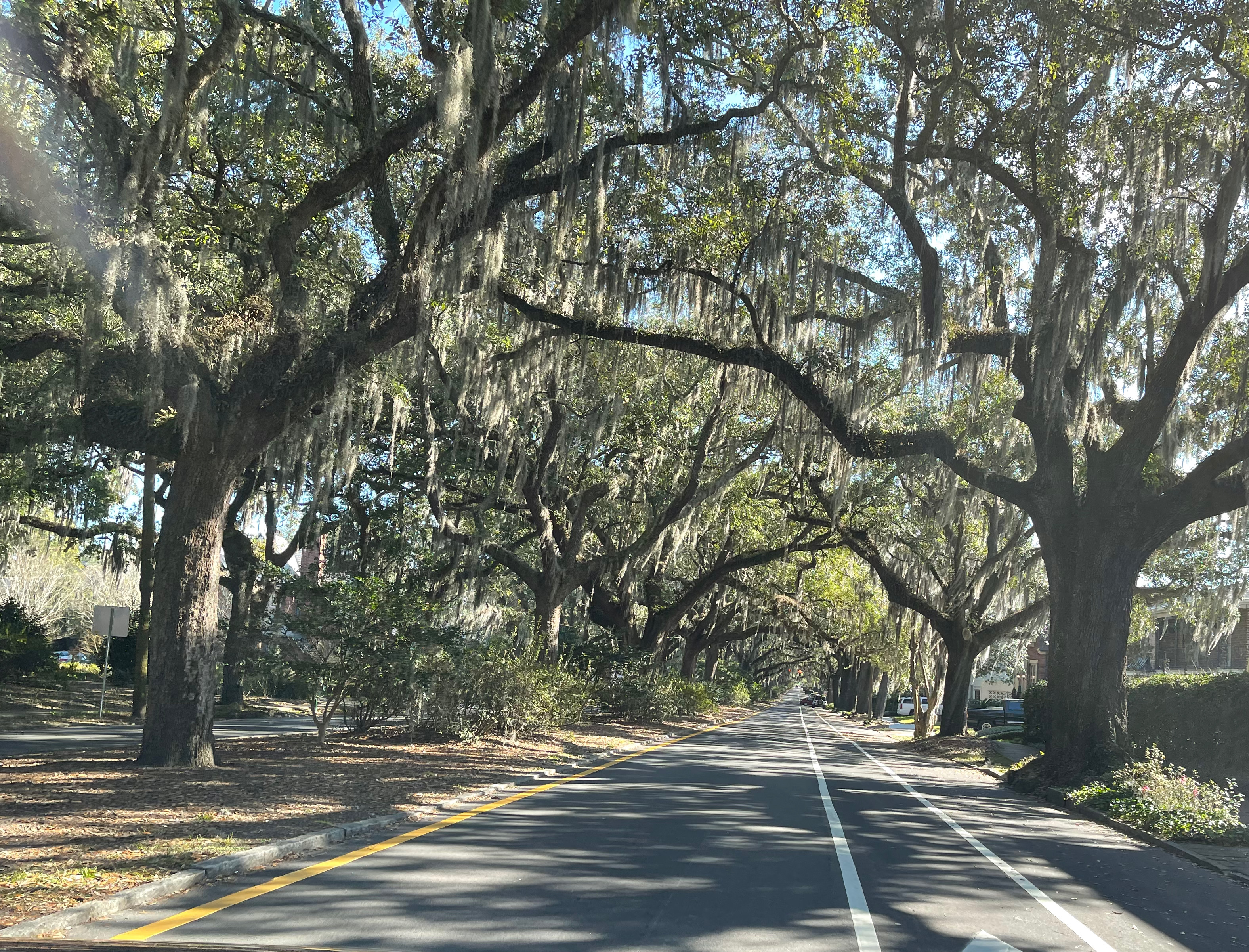 If you love oak trees and tree-lined streets, then Savannah takes the prize. The pretty vegetation hanging from the trees is called Spanish Moss. It is neither Spanish nor a moss. 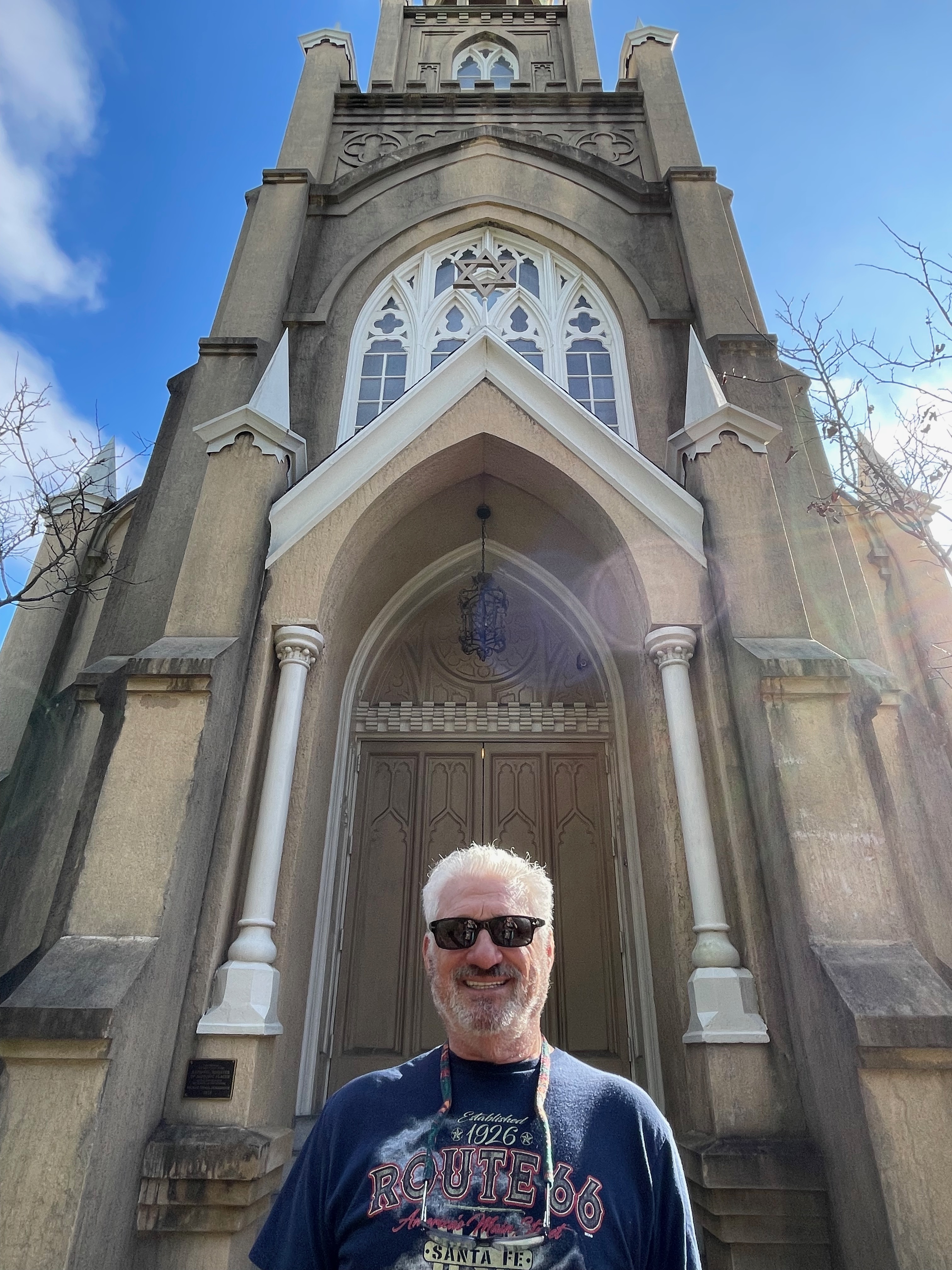 Congregation Mickve Israel was founded in 1733. This is the third oldest Jewish congregation in America and the oldest that now practices Reform Judaism. Conde Nast Traveler said it is one of the 15 most beautiful in the world. Note that the only outside Jewish clue is the Star of David. They built it in a gothic style to fit into the neighborhood.

Forsyth Park is a beautiful 30-acre park in Savannah’s Historic District. Its fountain is the city’s most famous icon. 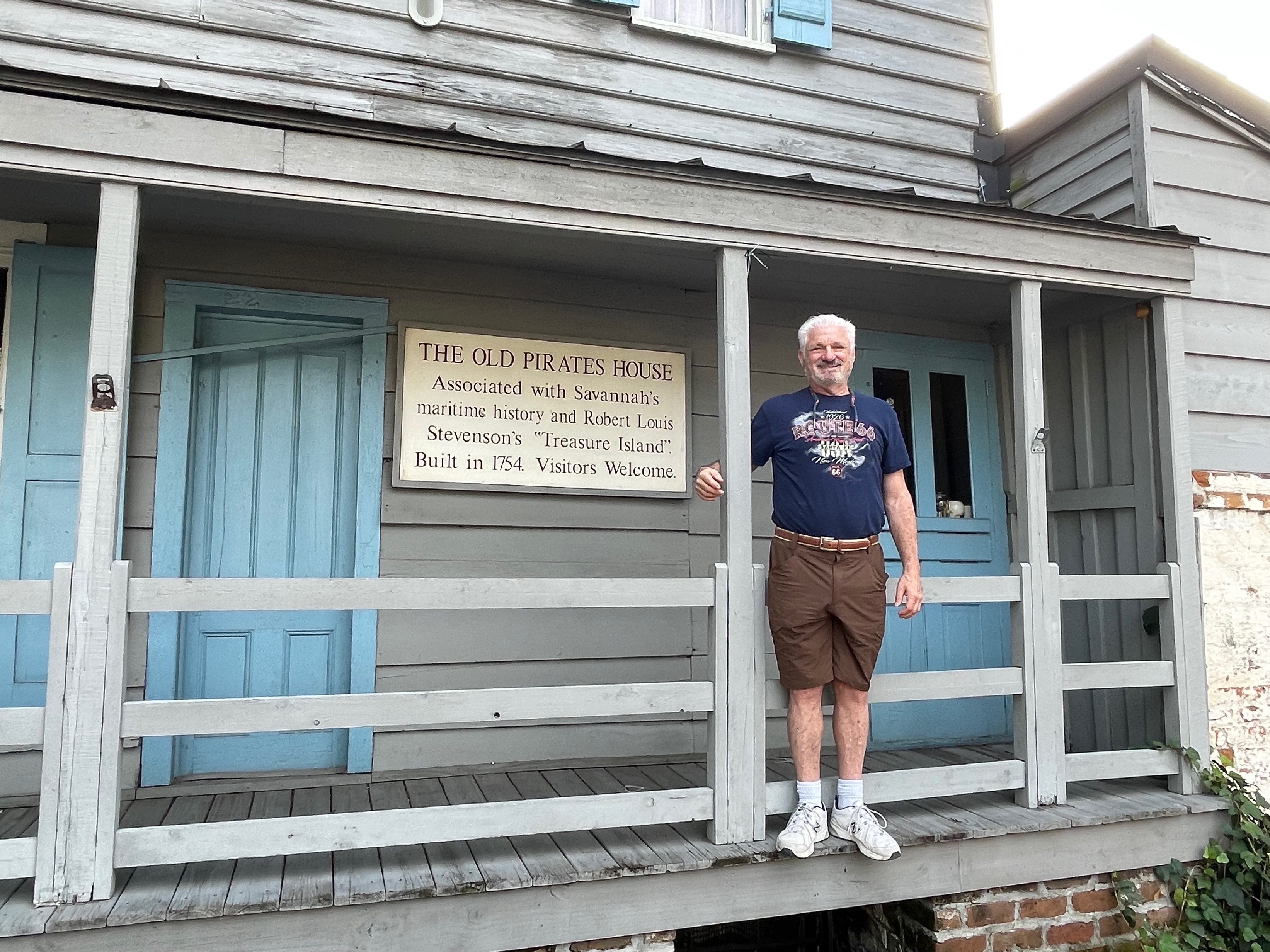 The Pirates House opened in 1753. Pirates used to congregate there, attract young men promising lots of fun alcoholic beverages, let them drink until passing out, and swoop them out through the trap door to waiting boats. When they would awaken, they would find themselves as working sailors. 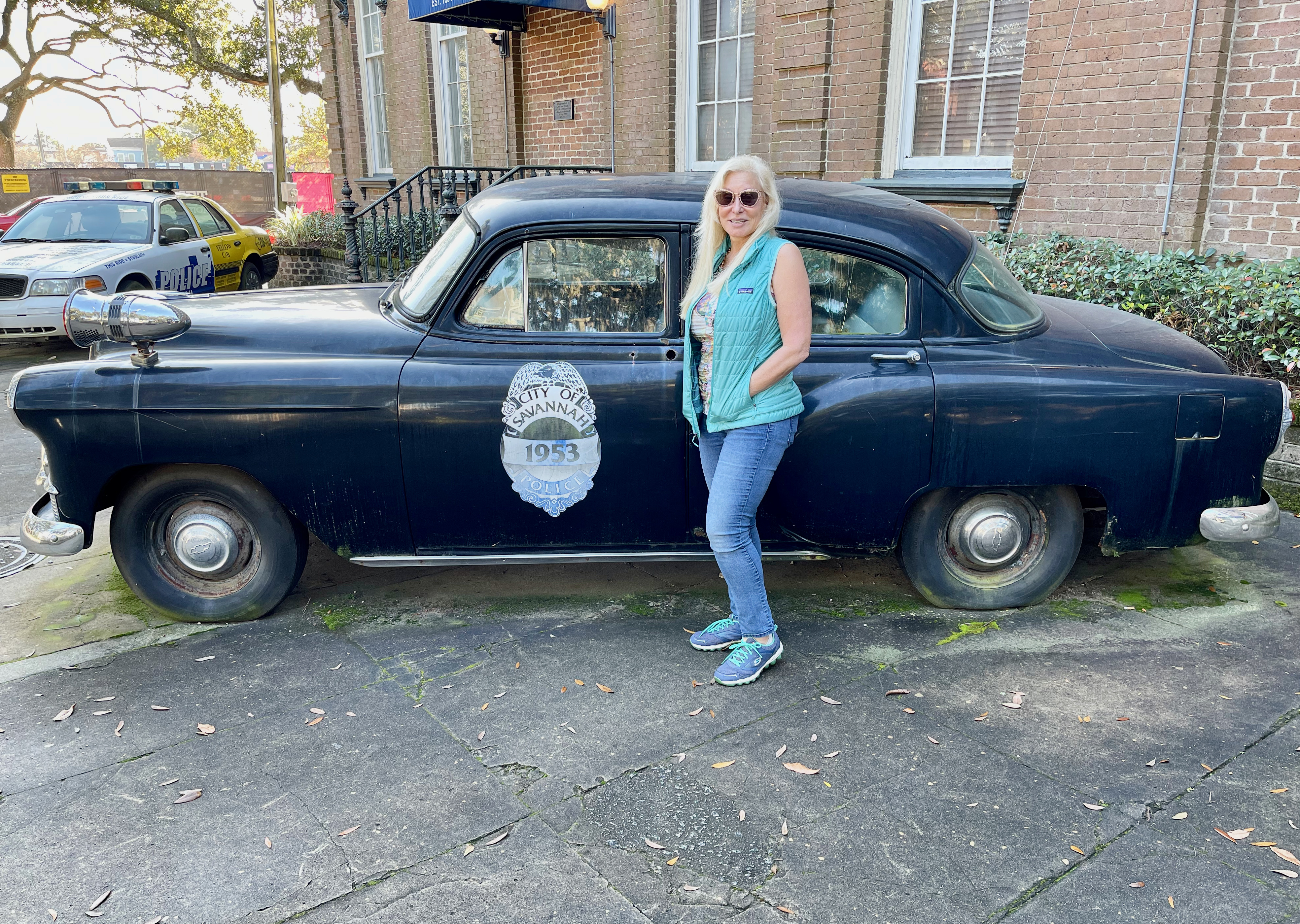 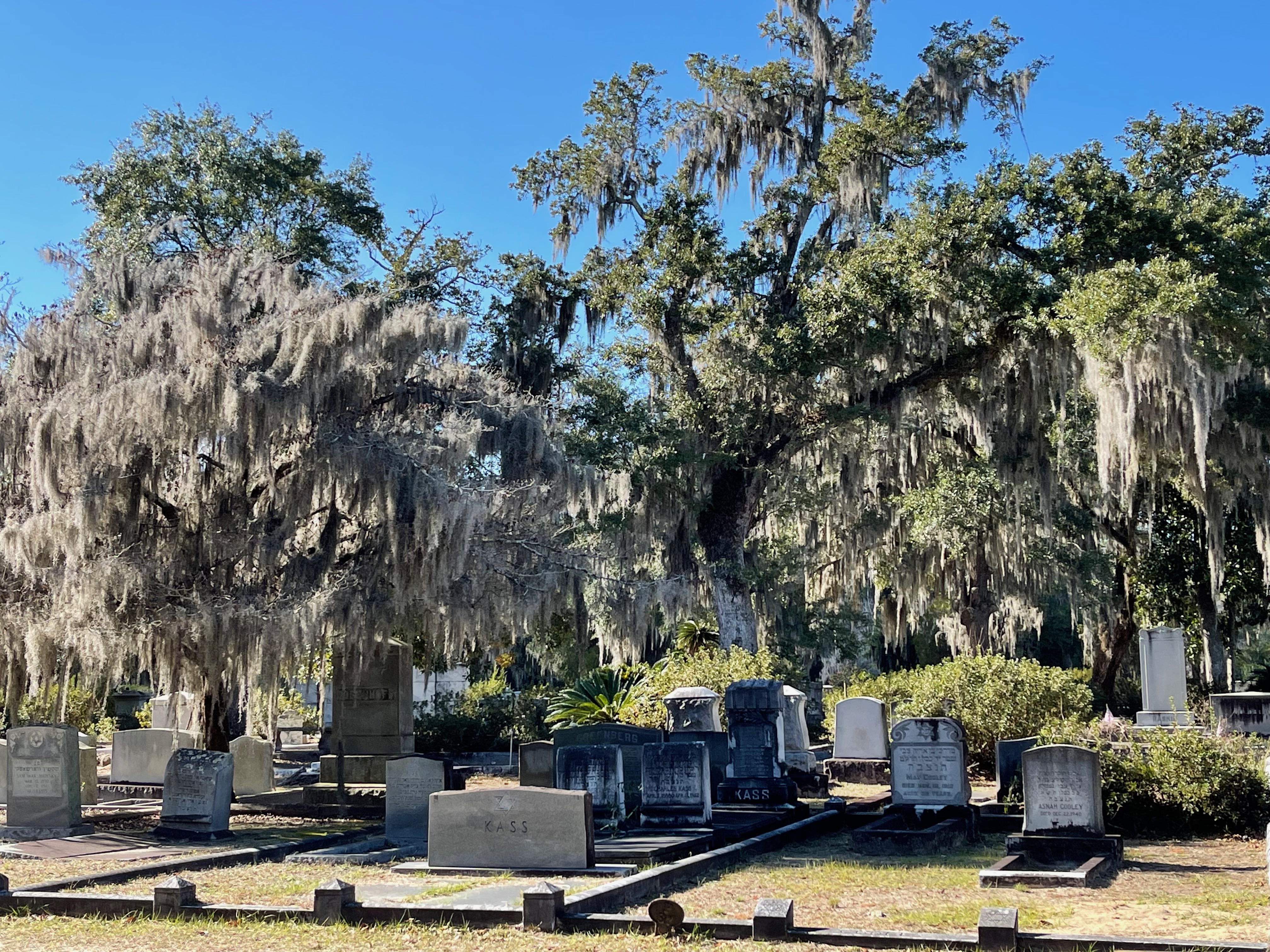 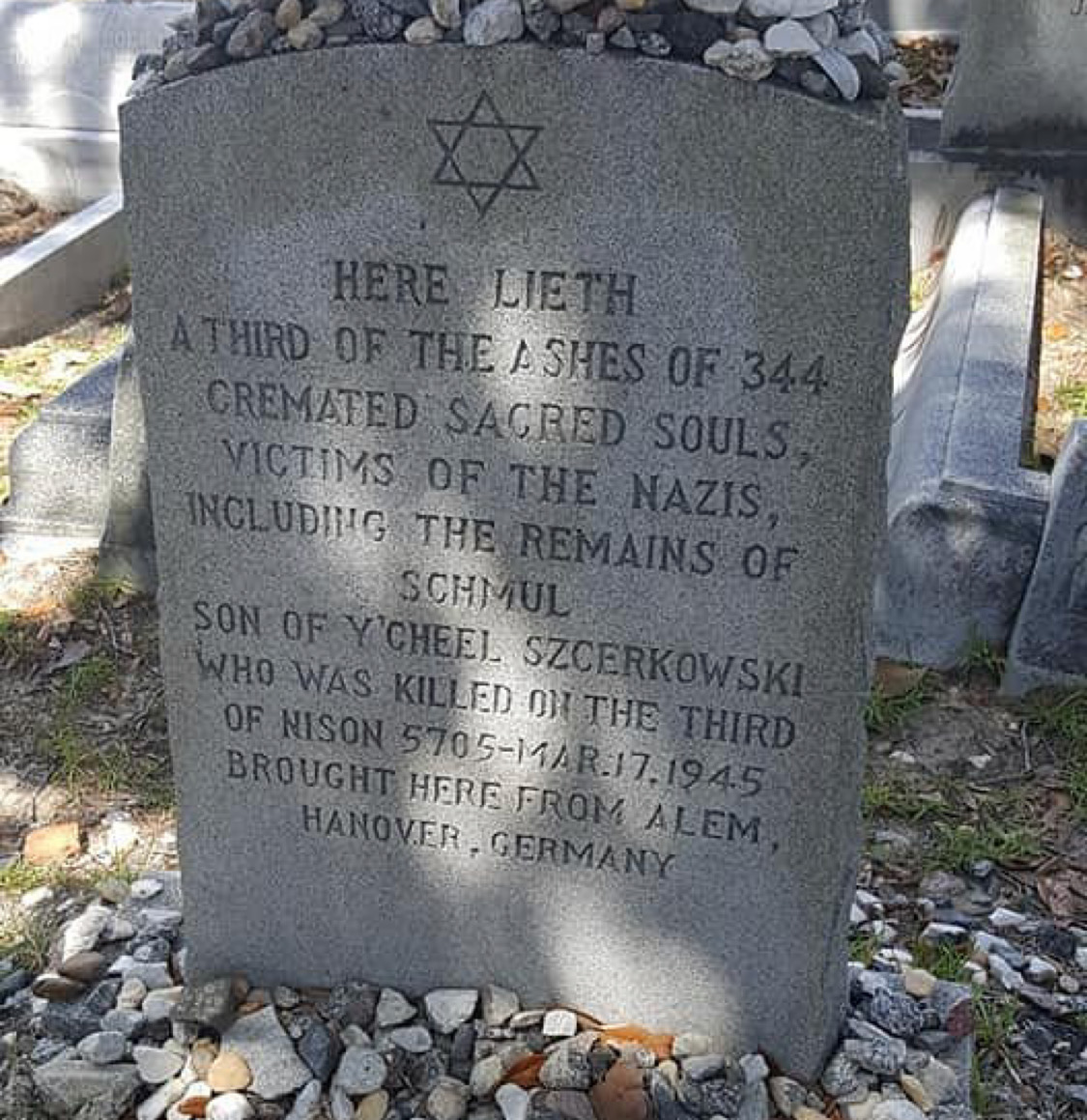 Bonaventure Cemetery has both a Christian and Jewish side. It is the prettiest cemetery we have visited. We are not used to lots of trees in cemeteries.

There is an extremely touching Jewish Memorial to a son who was murdered by the Nazis.  After the War, the family who had moved to Savannah wanted their son’s ashes. They returned to the concentration camp finding ashes of over 900 people. Of course, they didn’t know whose ashes belonged to whom. They gathered about a third of them and brought them back as a remembrance to their son and others who perished there.