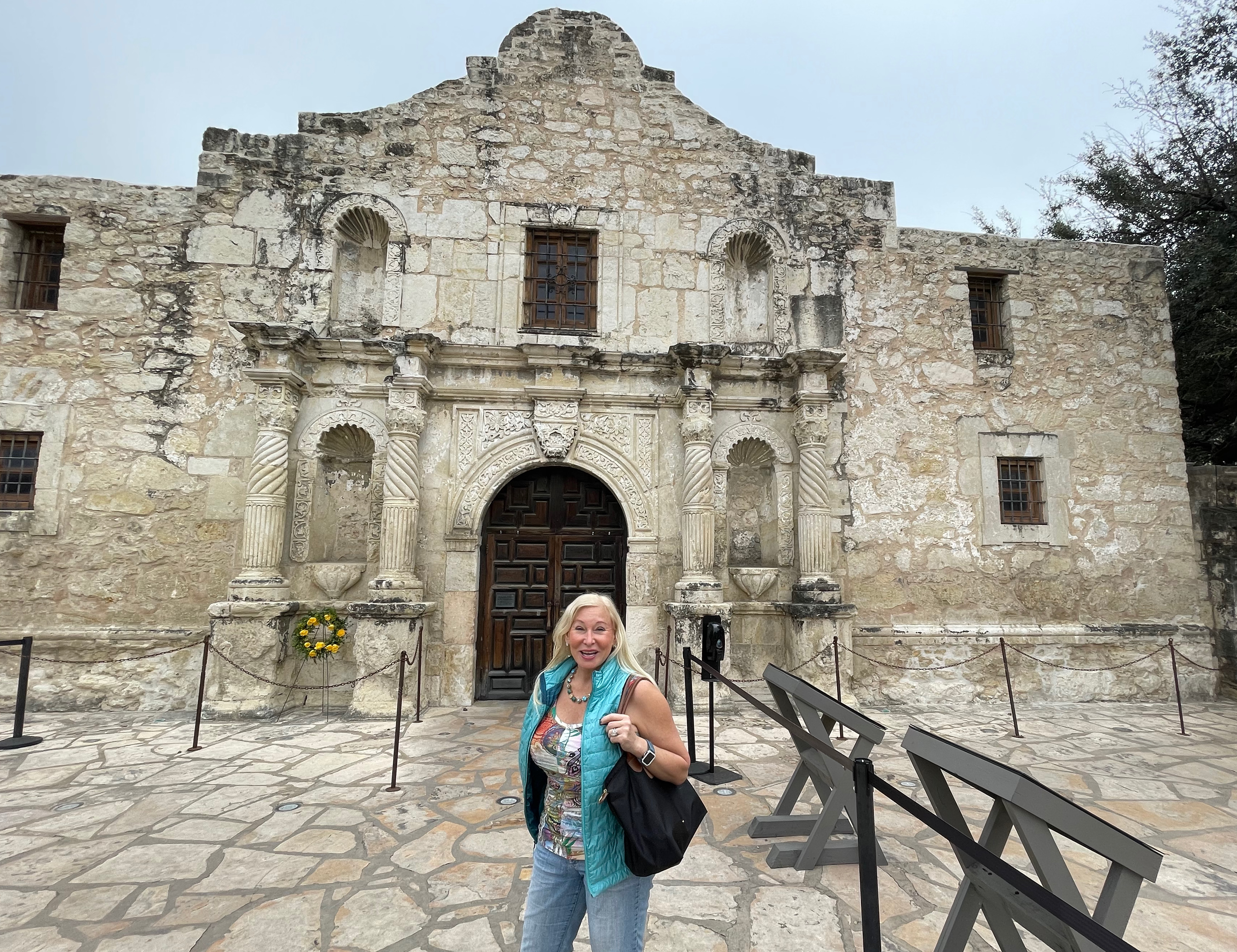 The Alamo is the most renown attraction in San Antonio. It was an 18th century Franciscan Mission in San Antonio, Texas, which was the location of an important battle for Texans fighting for independence from Mexico. They lost. 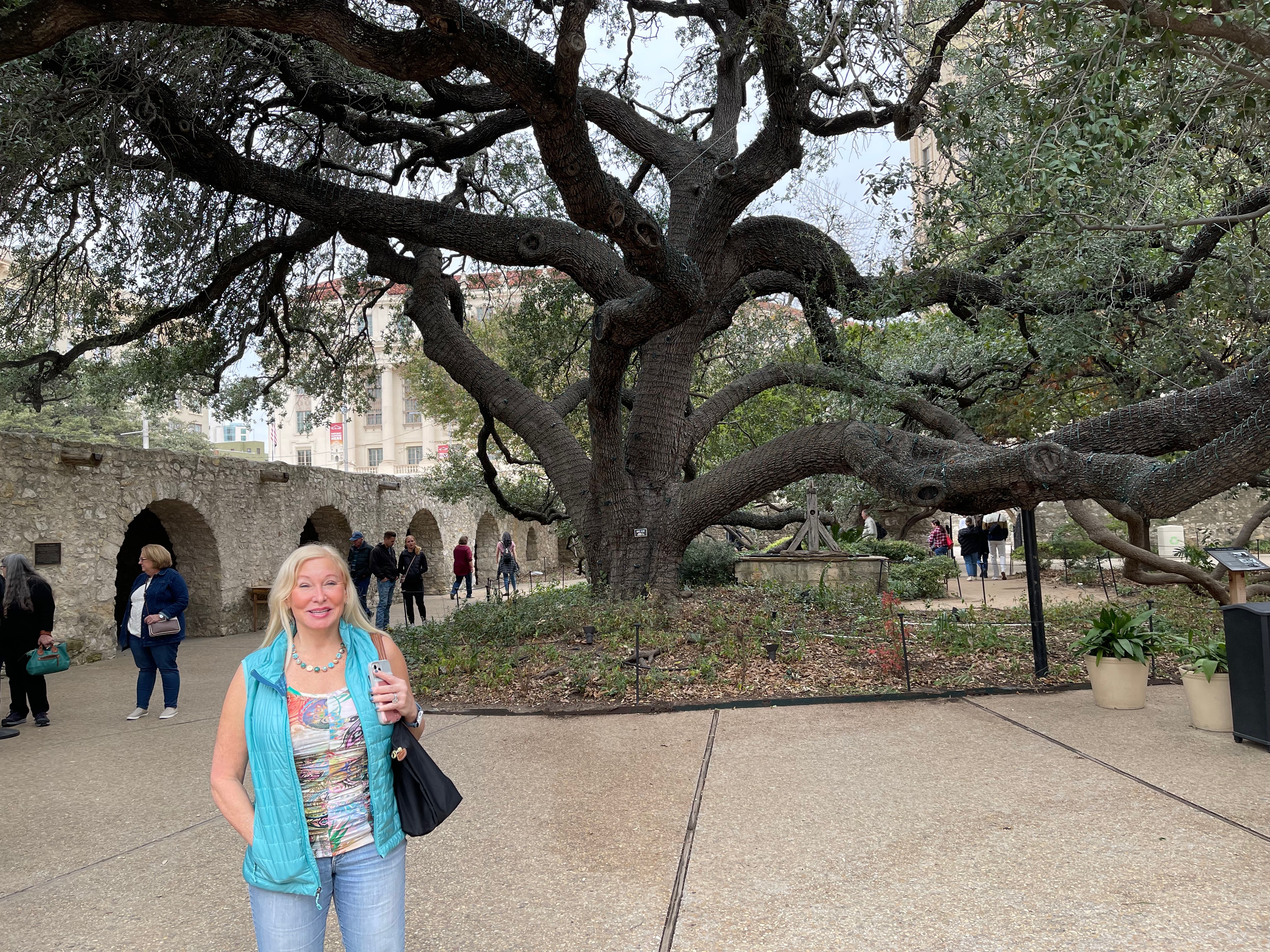 The phrase “Remember the Alamo” became the rallying cry for Texas independence. General Sam Houston referenced it when he rallied his troops. 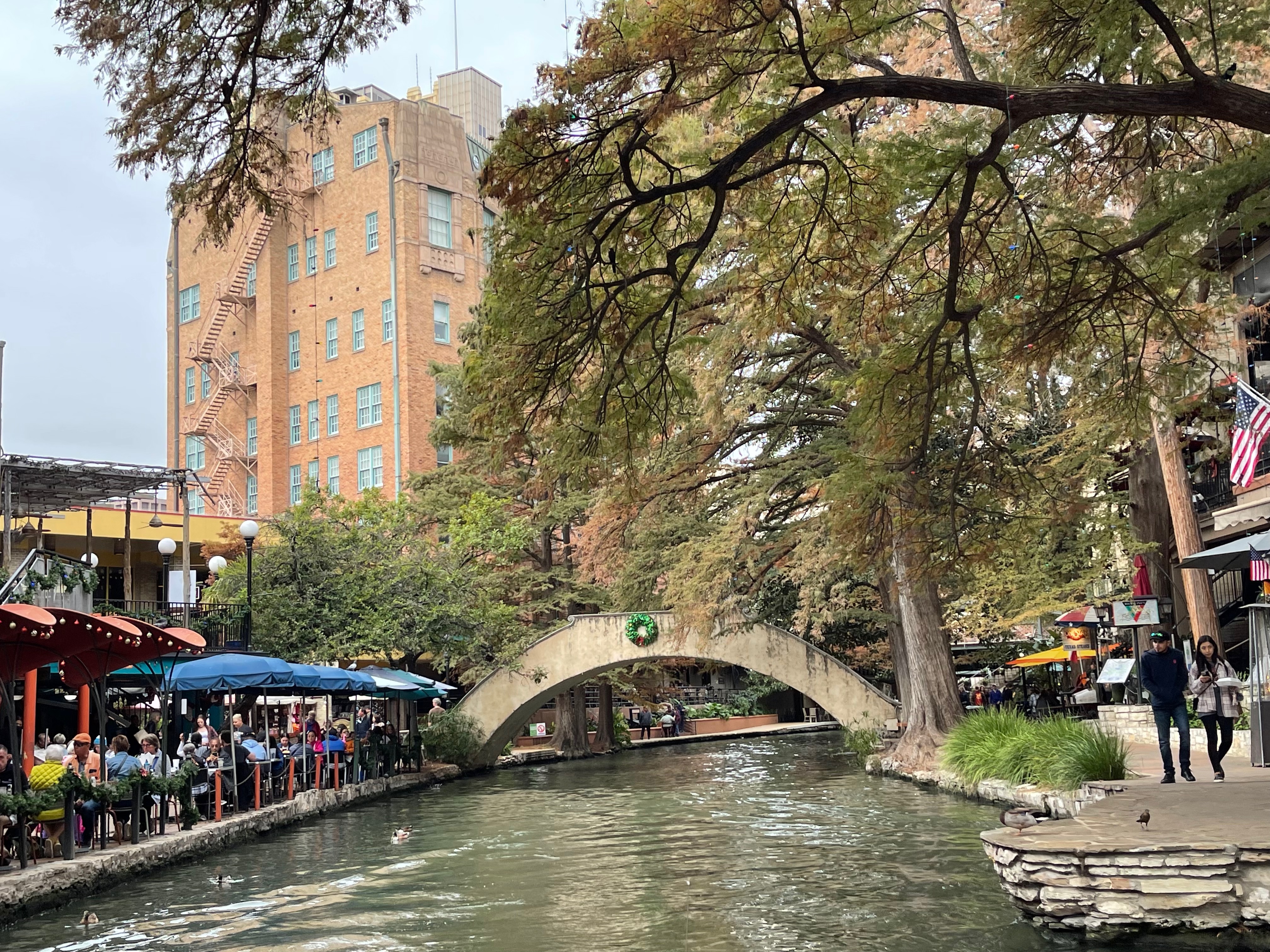 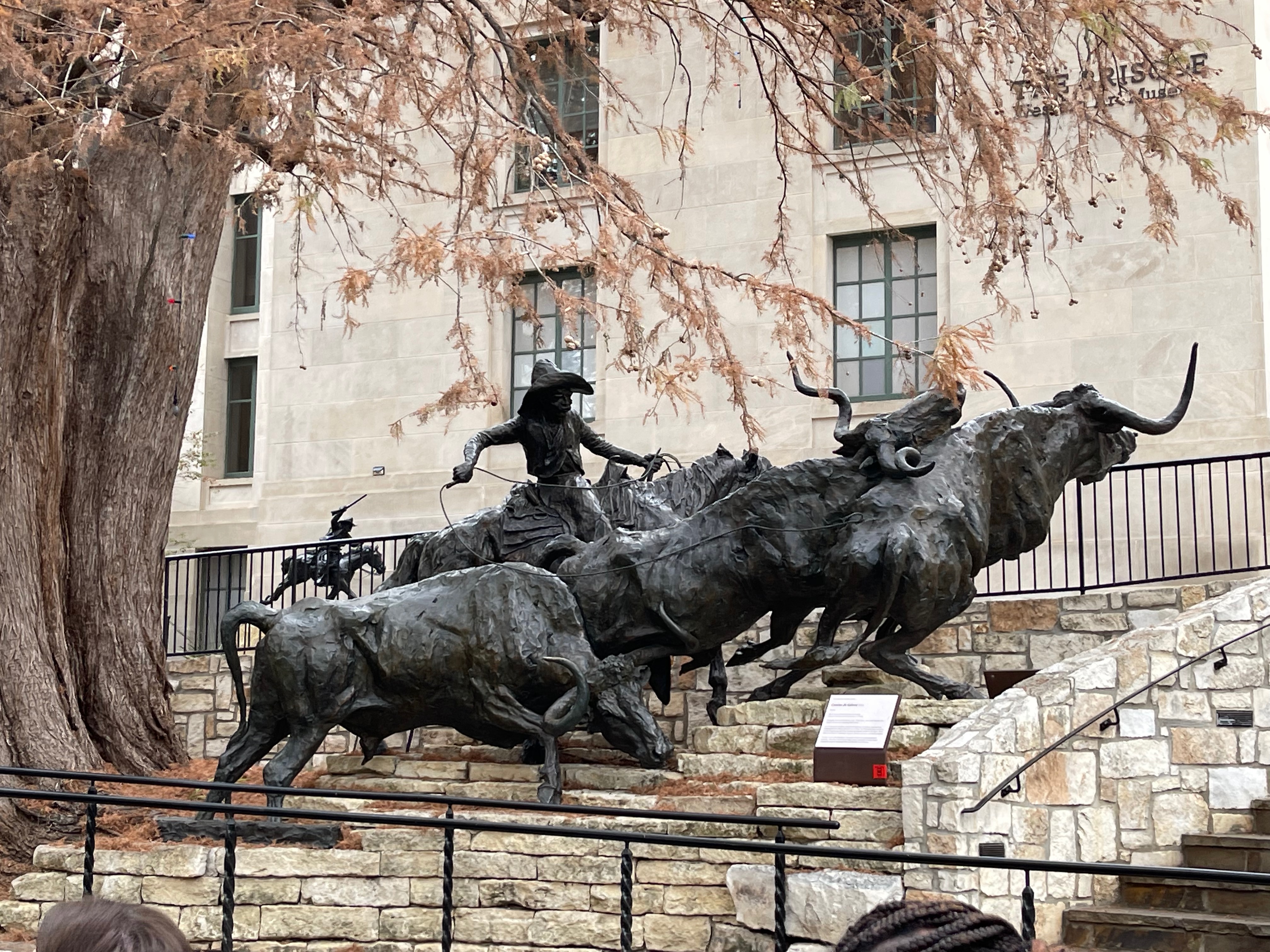 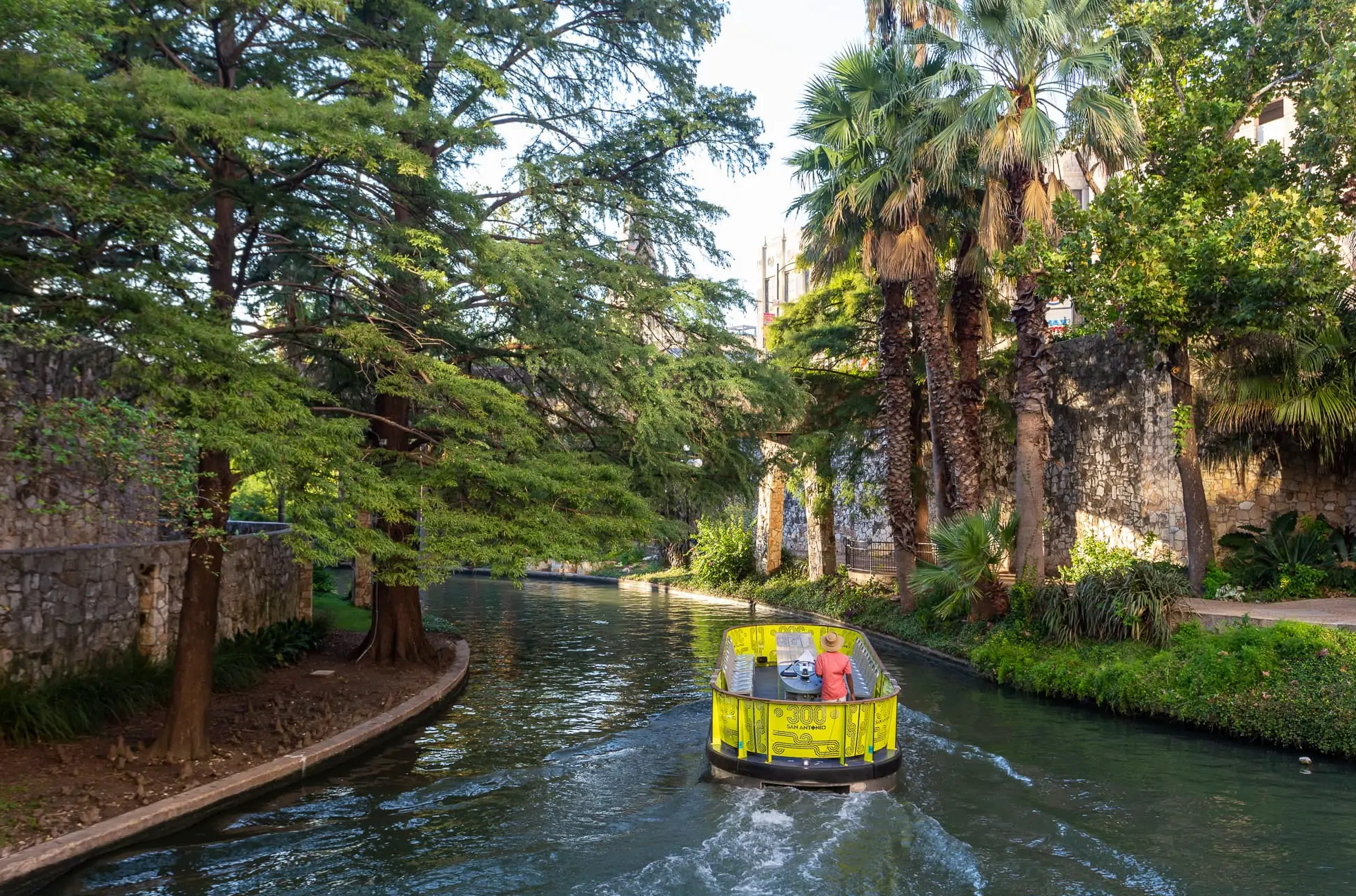 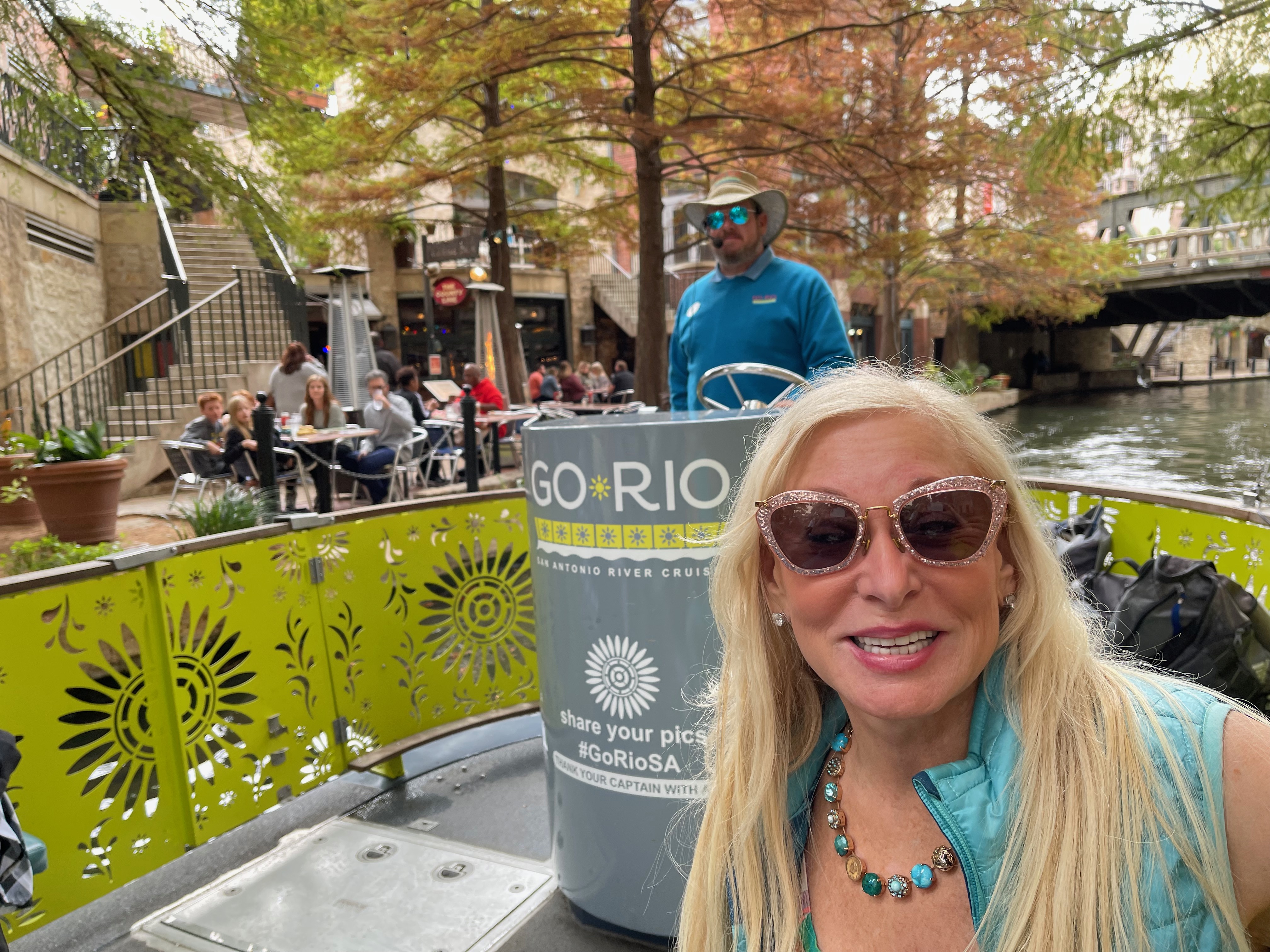 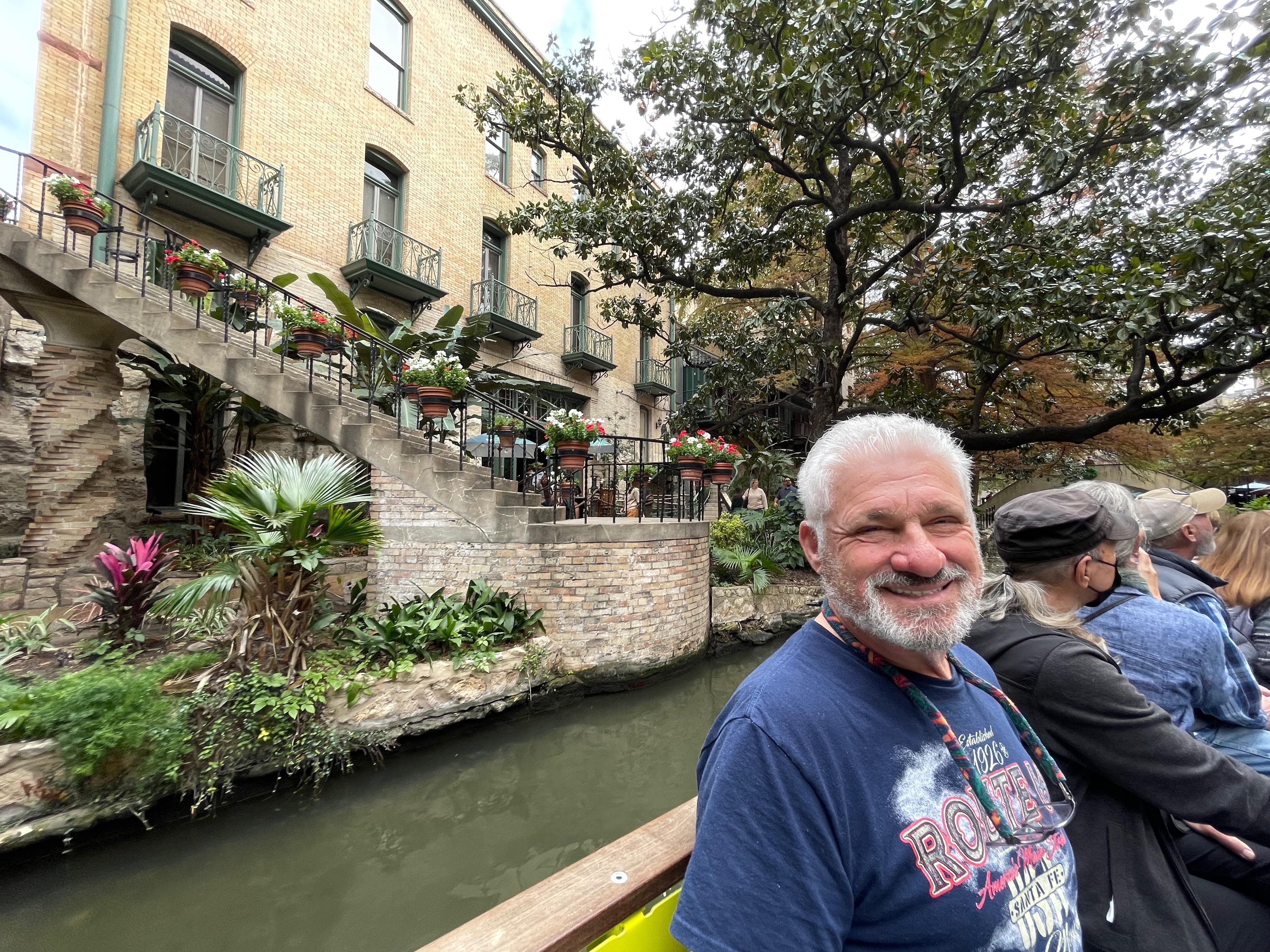 San Antonio River Walk is 15 beautiful miles of an urban waterway right in the heart of the city. It is quite a scene and perfect for strolling, eating, relaxing and shopping. We took a 30-minute boat ride around that I highly recommend. 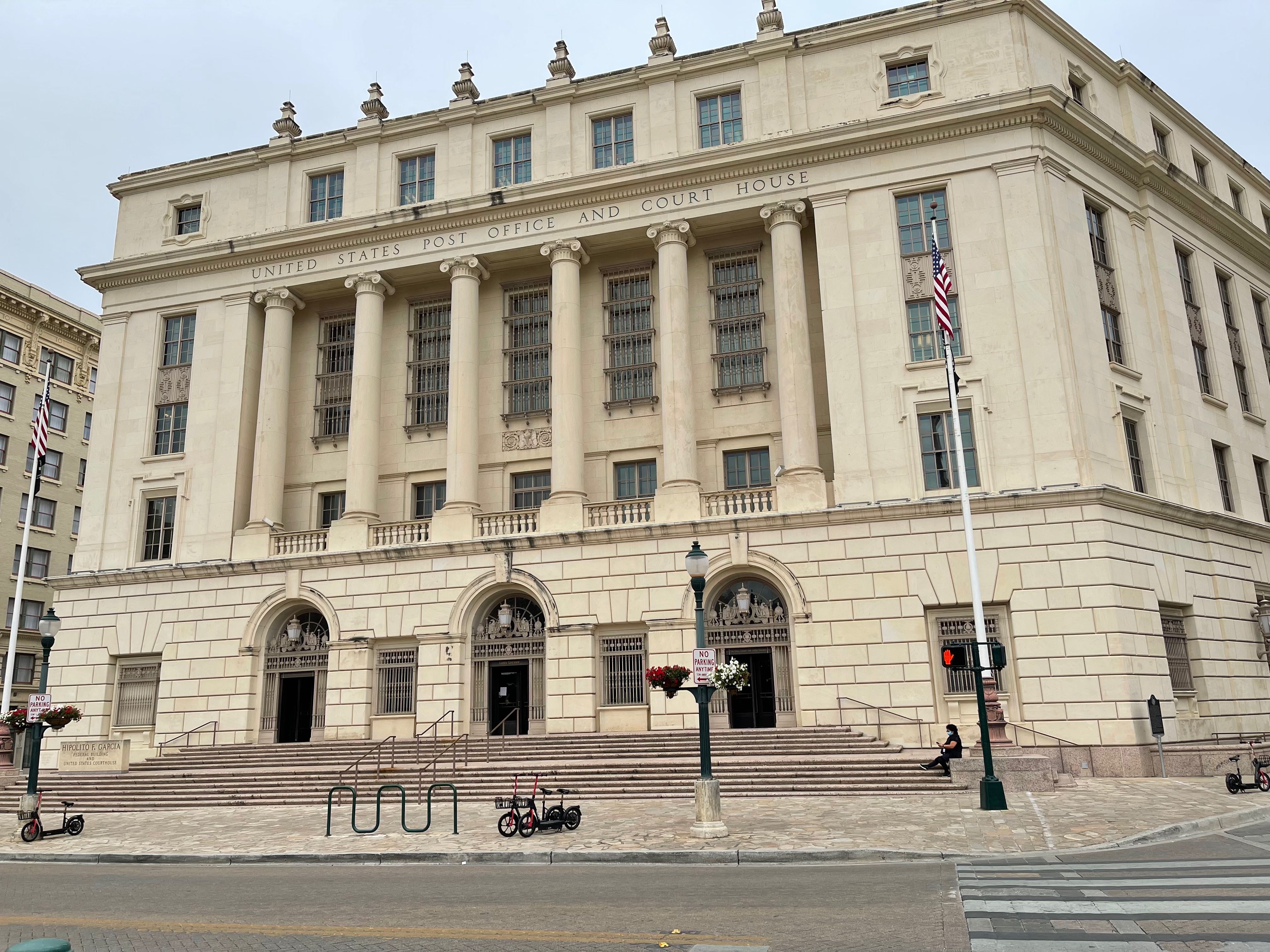 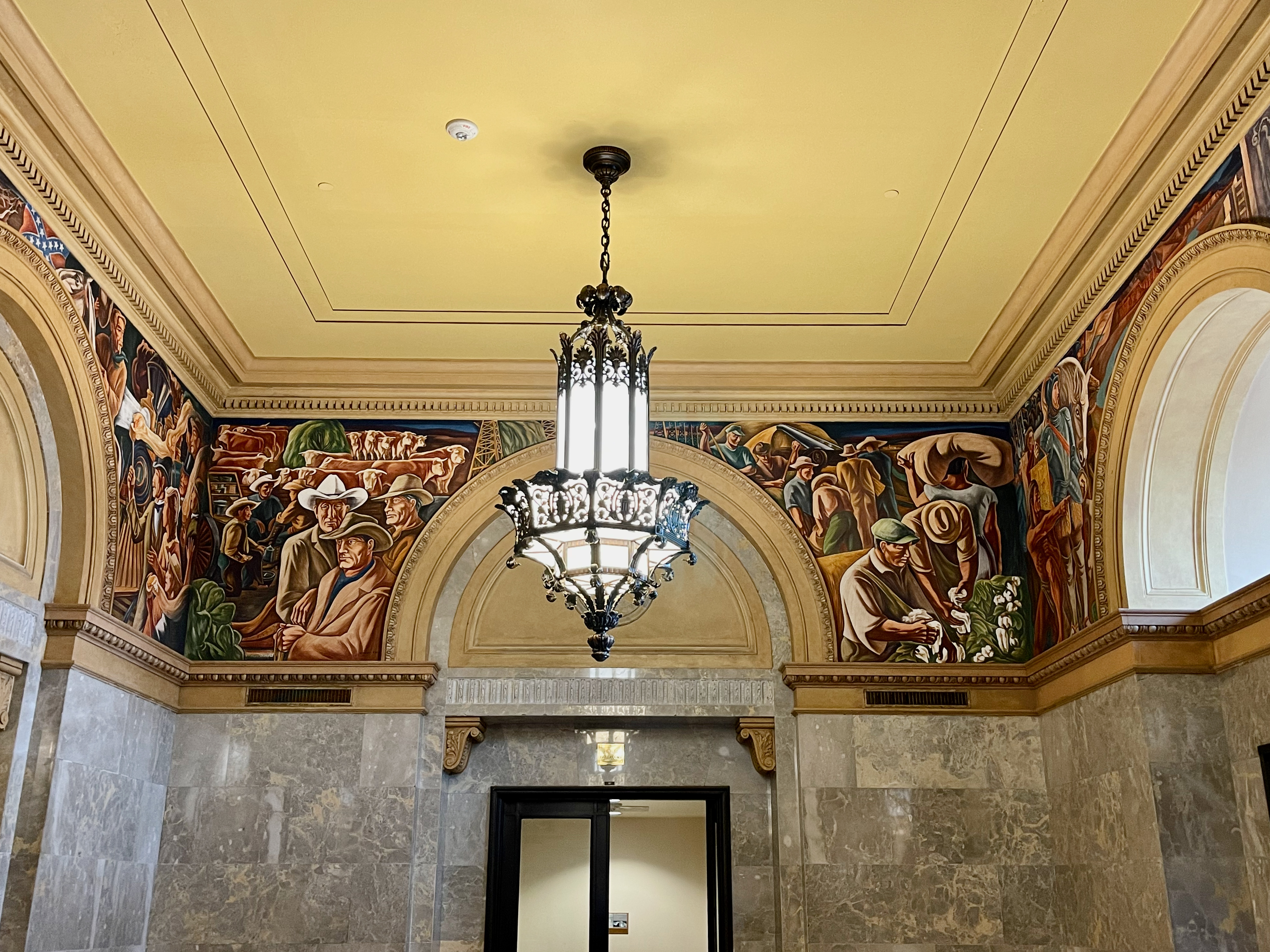 The Hipolito F. Garcia Federal Building and United States Courthouse, right across the street, is pretty inside and  out. The beautiful, 16 panel mural titled “San Antonio’s Importance in History” surrounds the entrance ceiling. 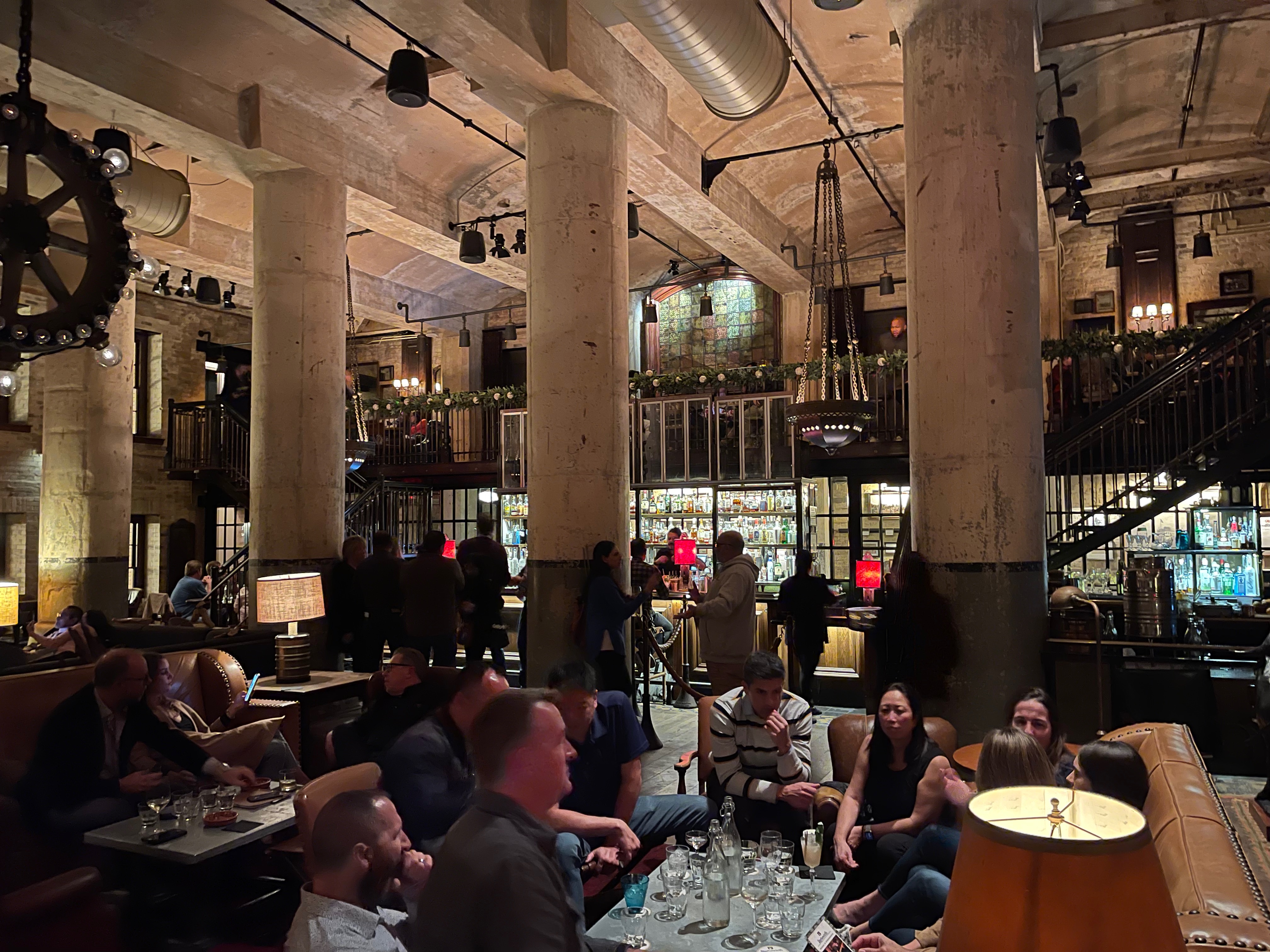 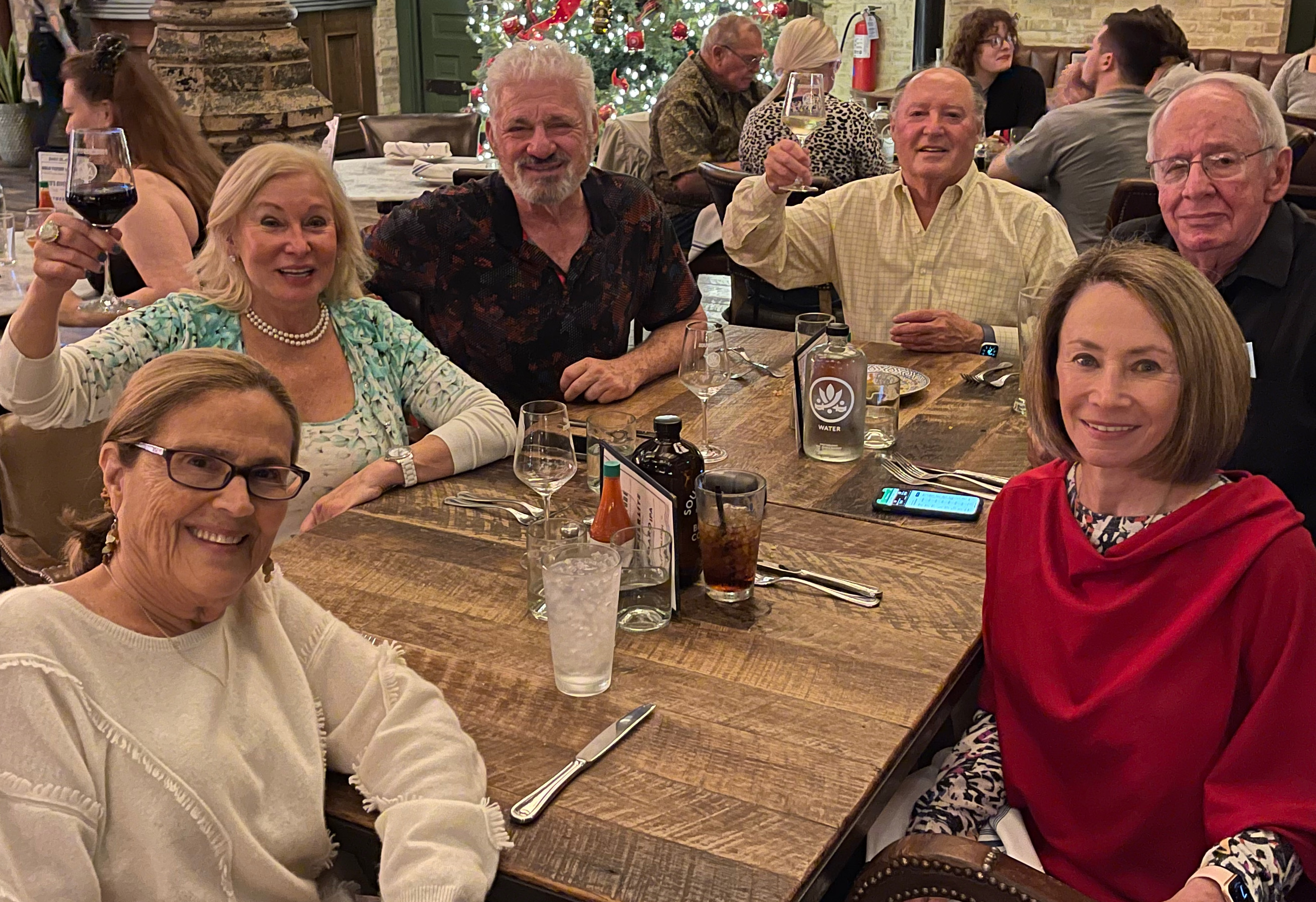 Dinner and drinks were at the gorgeous Hotel Emma with our cruise friends, the Blends and the Hendins.. The building was originally Pearl’s Brewhouse, built in 1894 and a San Antonio landmark ever since.

While touring San Antonio, over and over, we learned that they don’t like to tear down buildings. Instead, they renovate. Both the bar and restaurant here are wonderful examples of that practice. 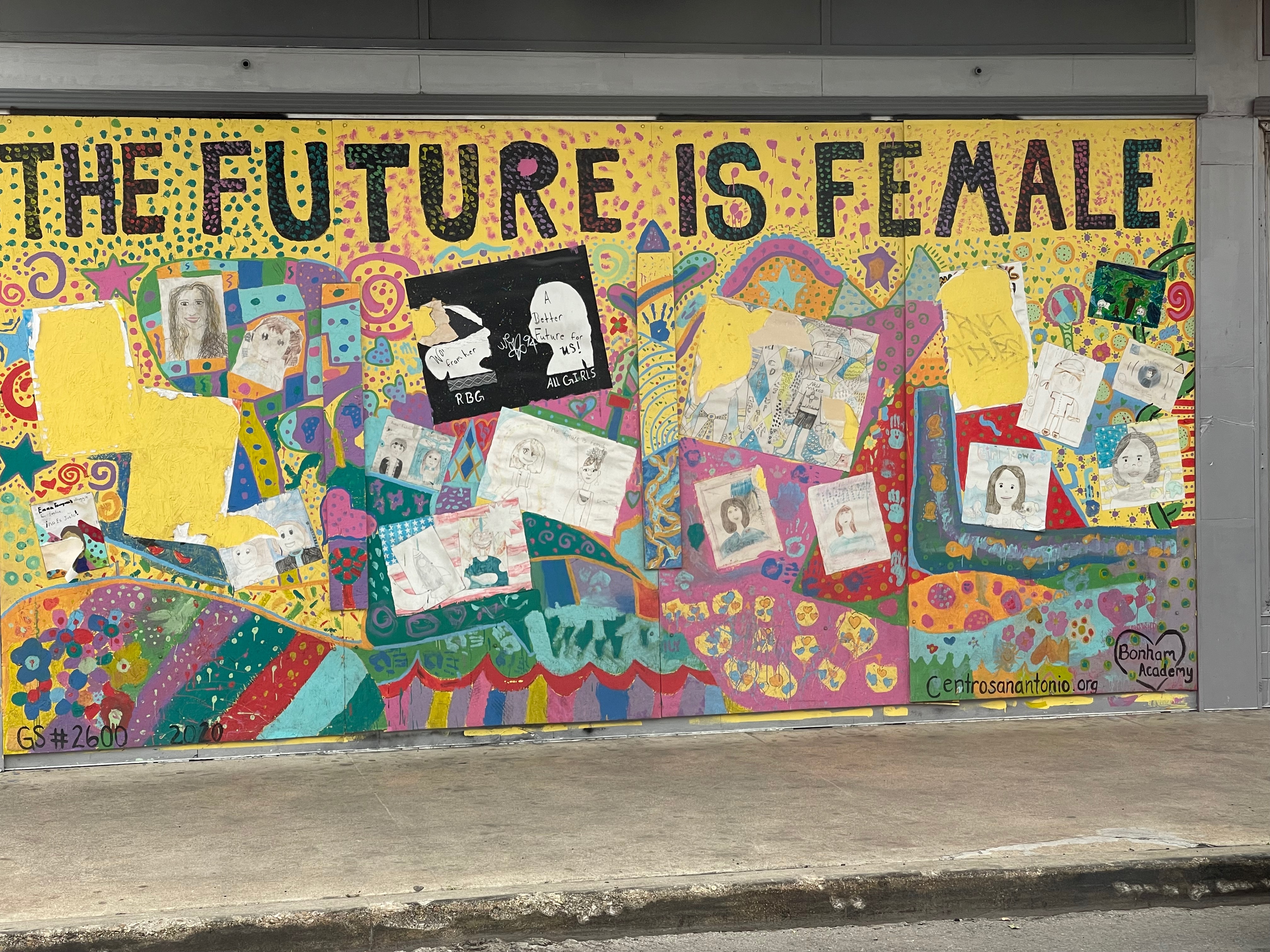 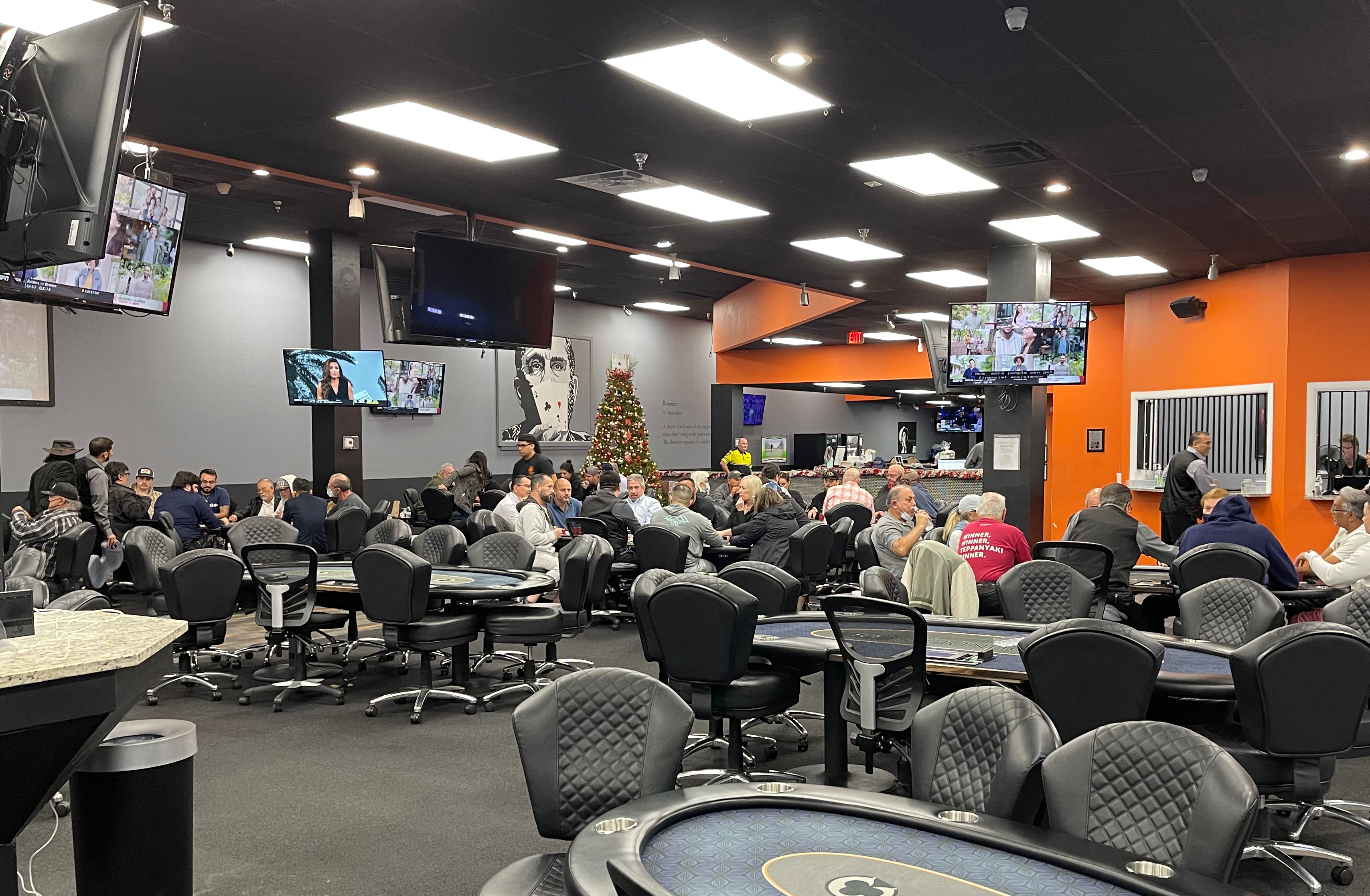 The following day we visited the Rounders Card Club. We had never been to one of the Texas card rooms. They are private clubs ($20 membership fee here) which allows them to be legal. We had anticipated basically a bar with five or six tables. What a surprise! There were 31 tables. They fill up regularly. They already had six going by noon on a Tuesday. The place was immaculate. The tables and chairs were the nicest I have ever seen. As expected they had food and drink. Also, however, they have a barbershop and golf simulator. Impressive. No wonder they are the biggest in town. 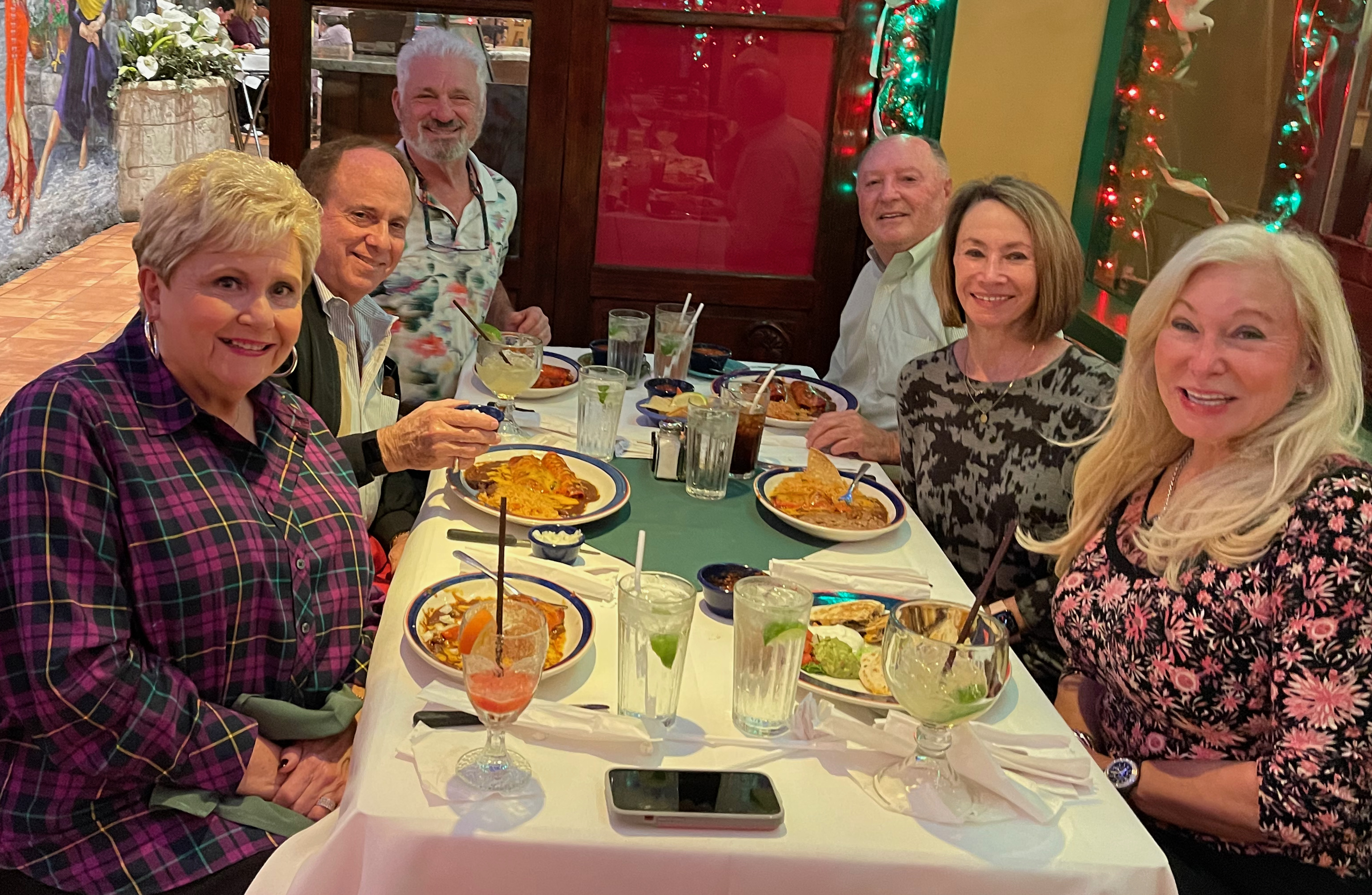 Tonight we ate Mexican food (obviously) at Mi Tierra located at the Mexican Market with more cruise friends, the Rosenbergs, as well as the Blends.