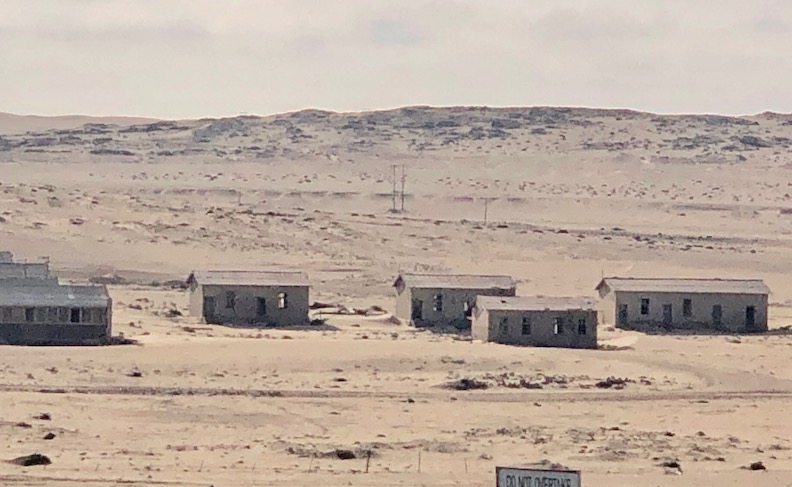 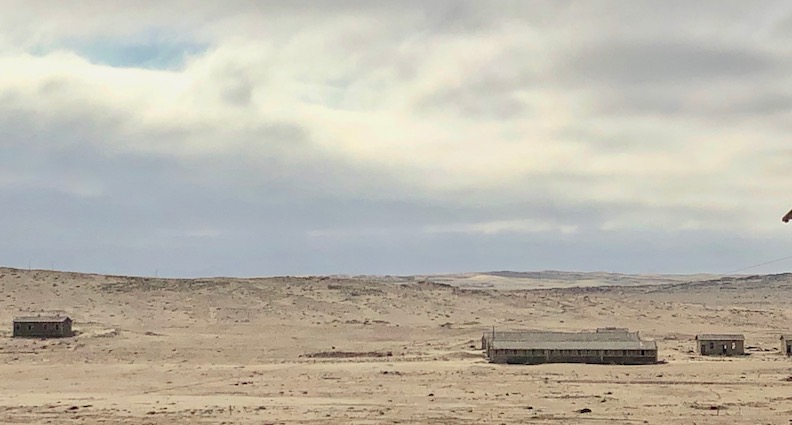 Allyn and I visited a real ghost town today in southwest Africa,  Kolmanskop, Namibia. It is creepily quiet except for an occasional snake. 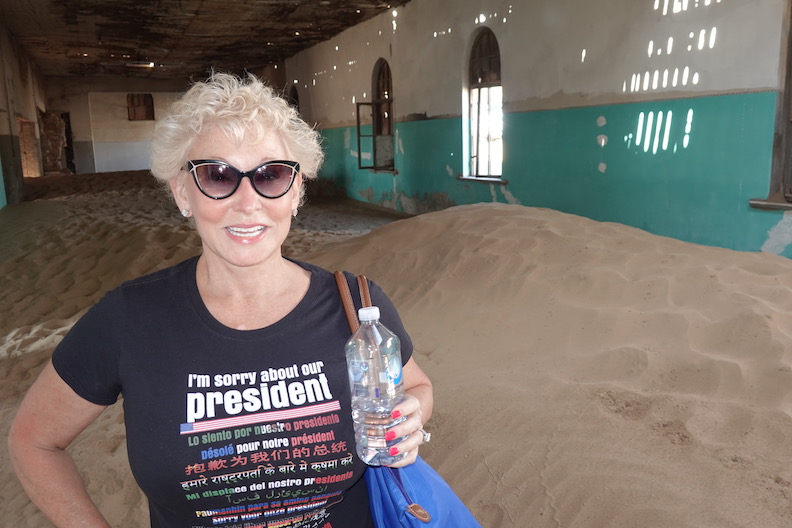 Today was beautiful but winds and sand often blow at over 100 MPH here.
Although the Cape Town government turned down this barren, desolate region in 1885, some of the richest diamond deposits in the world were to be found in this area just a few years later. 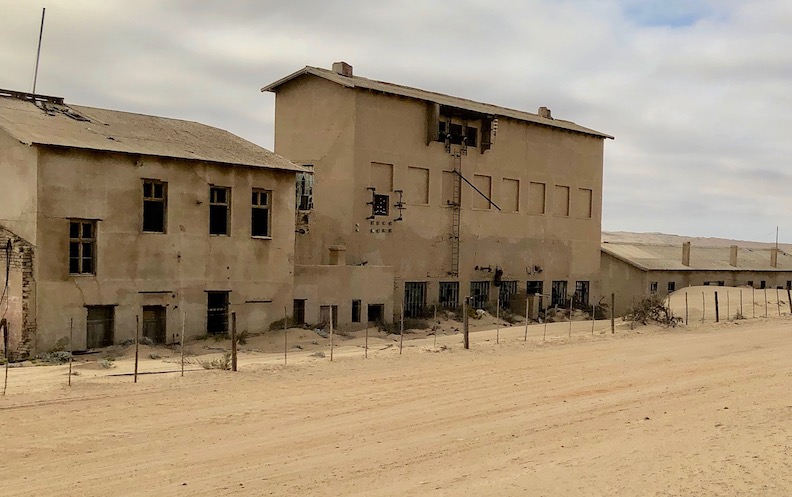 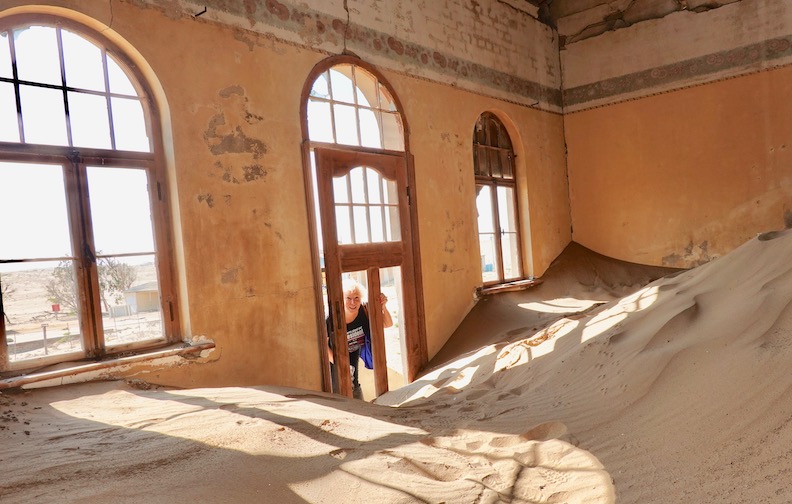 In 1908, a railway employee shoveling drift sand from the tracks, found some interesting stones that turned out to be diamonds.
The diamonds were picked off the ground and the jars filled rapidly. One of the first discoveries was made just before nightfall, so prospecting continued long into the night, with the glimmer of stones identifiable by moonlight.
In 1912, the area produced 1 million carats or 11.7 per cent of the world’s total diamond production. 5 million karats of diamonds were extracted in the first six years of mining here. 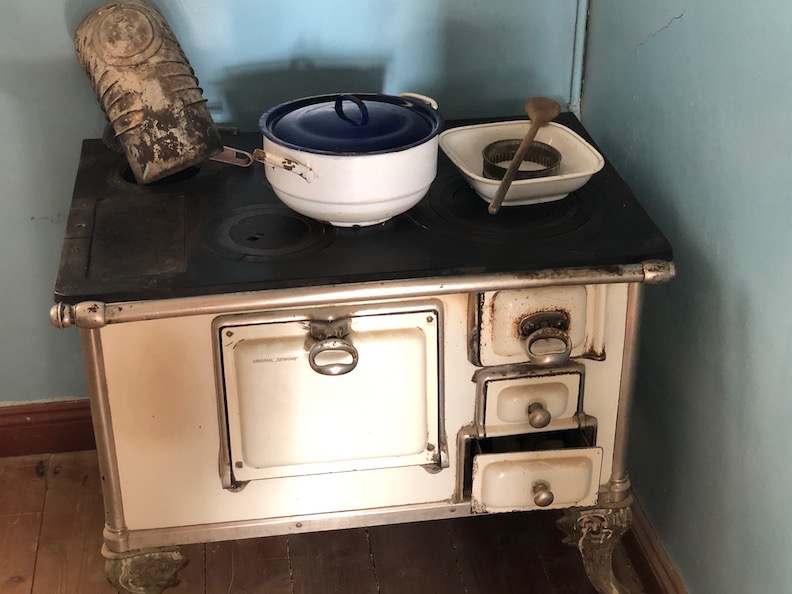 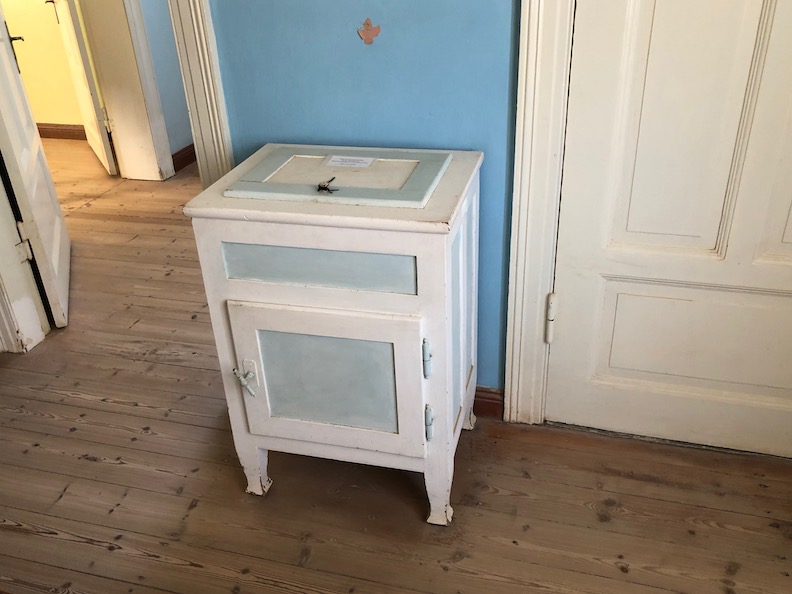 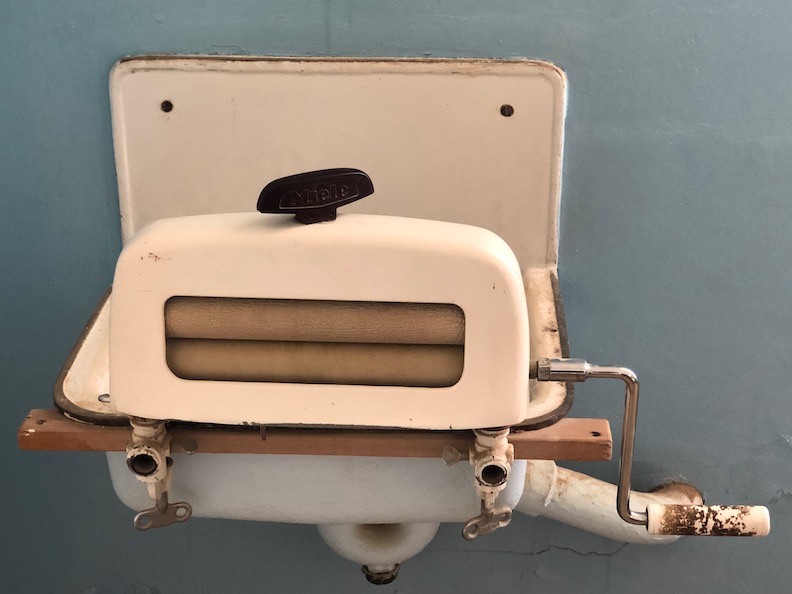 100 years ago this is how they cooked, kept food cold, and dried clothes. 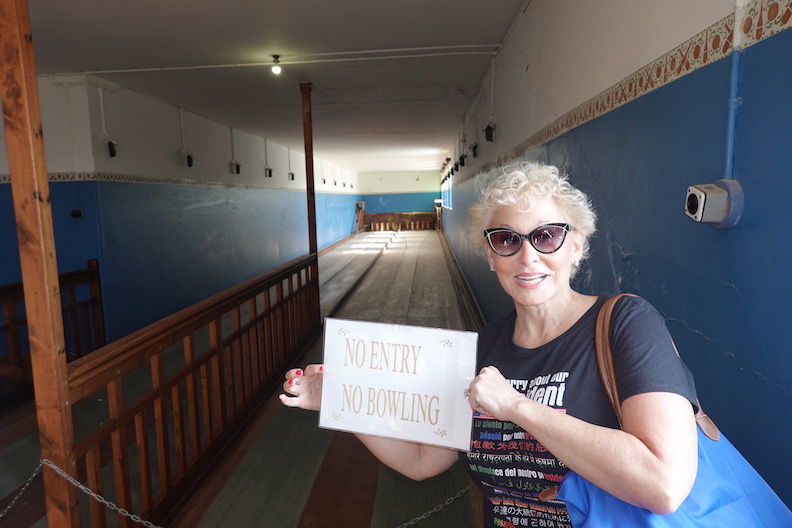 They had a bowling alley to add to their entertainment. 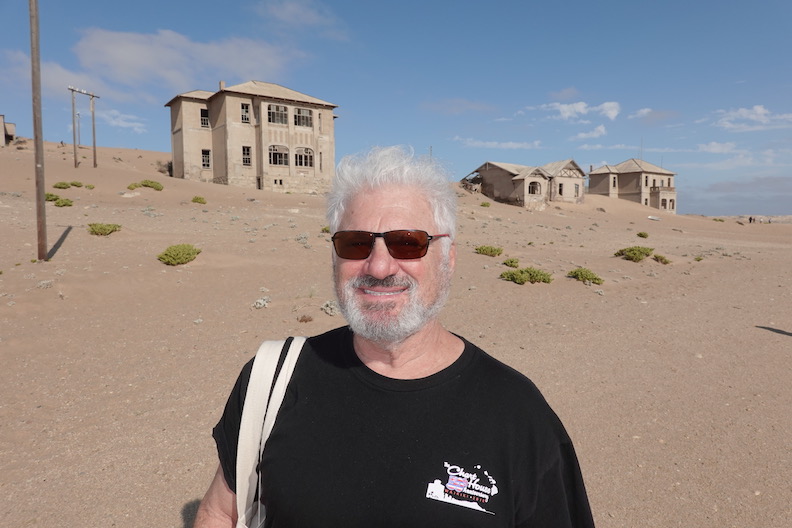 As usual the rich live better than the poor.The maximum population the community reached was 1,300. There was a time when Kolmanskop was the town with the highest per capita wealth in the world.
The town had the first X-ray machine in the southern hemisphere .Besiudes being used to diagnose medical issues,  It was also used to investigate and uncover any diamonds thefts.
By the early-’30s, the area was in decline. No diamonds means no town.
The last three families finally deserted the town in 1956.
Even though it is a natural park, the town is part of a 10,000 square mile forbidden area needing a visitor’s permit to visit. It is operated jointly by De Beers and the Namibian government. I guess they are afraid you might find and pick up some diamonds. 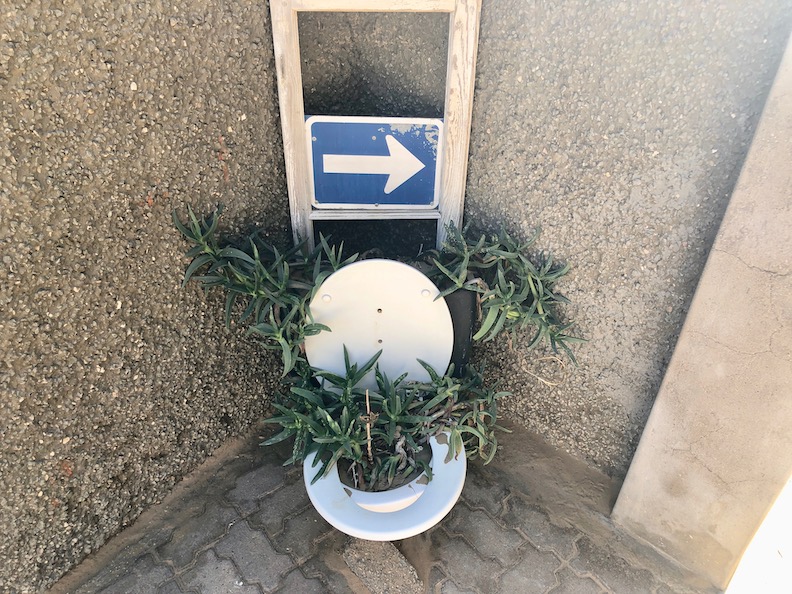