Today is the half way point (45 days) on our 2021 Summer Road Trip and we find ourselves in Great Falls, MT. 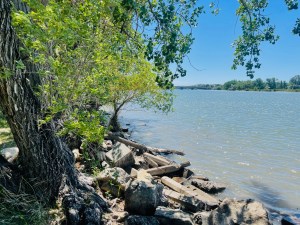 We took a pleasant afternoon drive along the river. 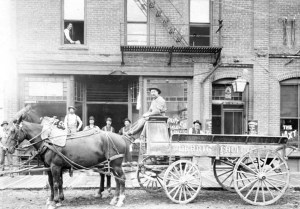 We are staying at The Historic Hotel Arvon which opened originally in 1890 and is the oldest Commercial Building in Great Falls. 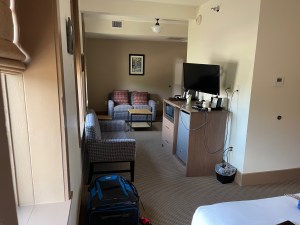 Most recently it was historically renovated and re-opened in 2015. It is so cute and clean, with many extras such as gym, washer/dryer, ironing board, constant great coffee, refer, microwave and they checked us in 3 hours early because they could.  Yet it is the least expensive rate on the trip so far. And we have their nicest room. Half the 33 rooms do not have outside windows, although they have skylights to bring in light. 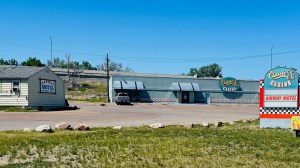 It turns out Montana has 14,000 legal gaming licenses. It seems that there is at least one “casino” on every block. That generally means a few low-limit slot machines.

Many have expensive signage; some not so much. I didn’t find this one too attractive and their motel had no allure either. 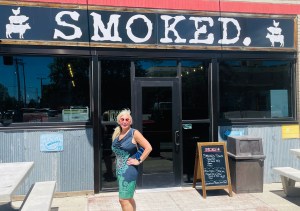 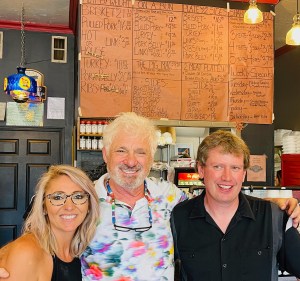 We had great barbecue for lunch at SMOKED. American Barbecue. Christy and Trevor Cavanagh are able to serve an incredible amount of fabulous food in their small shop because an assembly line type approach that others can only admire. Trevor greets and takes the meat order and prepares, Christy takes the sides and assembles the plate. A third party (one of their four sons I think) takes and grabs the drinks and rings it up. And that is just the fast-paced lunch from 11 – 4 or until sold out.

Then they start the process all over again with much slower paced cooking and preparation. Well done! 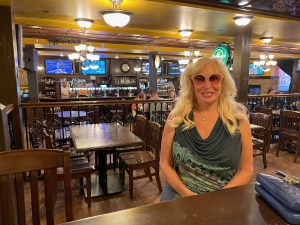 Since we just envisioned a quick bite for dinner, we stayed at the hotel with their adjacent The Celtic Cowboy Pub and Restaurant. It was a kick with a huge beer bar. 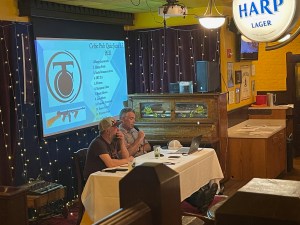 Then at 7 the place was jammed full. They have a fun, trivia game weekly. I like the concept of doing creative things to stimulate business. Frankly, the questions were much tougher than I would have guessed. They were way tougher and more interesting than on cruise ships.